It's been a rough couple years for LSU fans. It was just January of 2020 that the Tigers once again reached the mountaintop, capping off one of the best seasons in college football history with a national championship led by a Heisman Trophy-winning quarterback. Since then, LSU is 9-9 and has agreed to part ways with head coach Ed Orgeron at the end of this season.

Even with the news that Coach O won't be returning in 2022, they're still fed up in Baton Rouge. Take a listen to these local radio hosts, for whom the end of the 2021 season can't possibly come fast enough. Things are getting HEATED and the Tigers still have four games left to play in the Orgeron Era.

It seems the main point of contention here was the alleged lobbying by one of the hosts for Louisiana-Lafayette head coach Billy Napier, which led to one of my favorite outbursts I've seen in some time: "SPEAK IN ENGLISH, I'M NOT PUSHING NAPIER!" 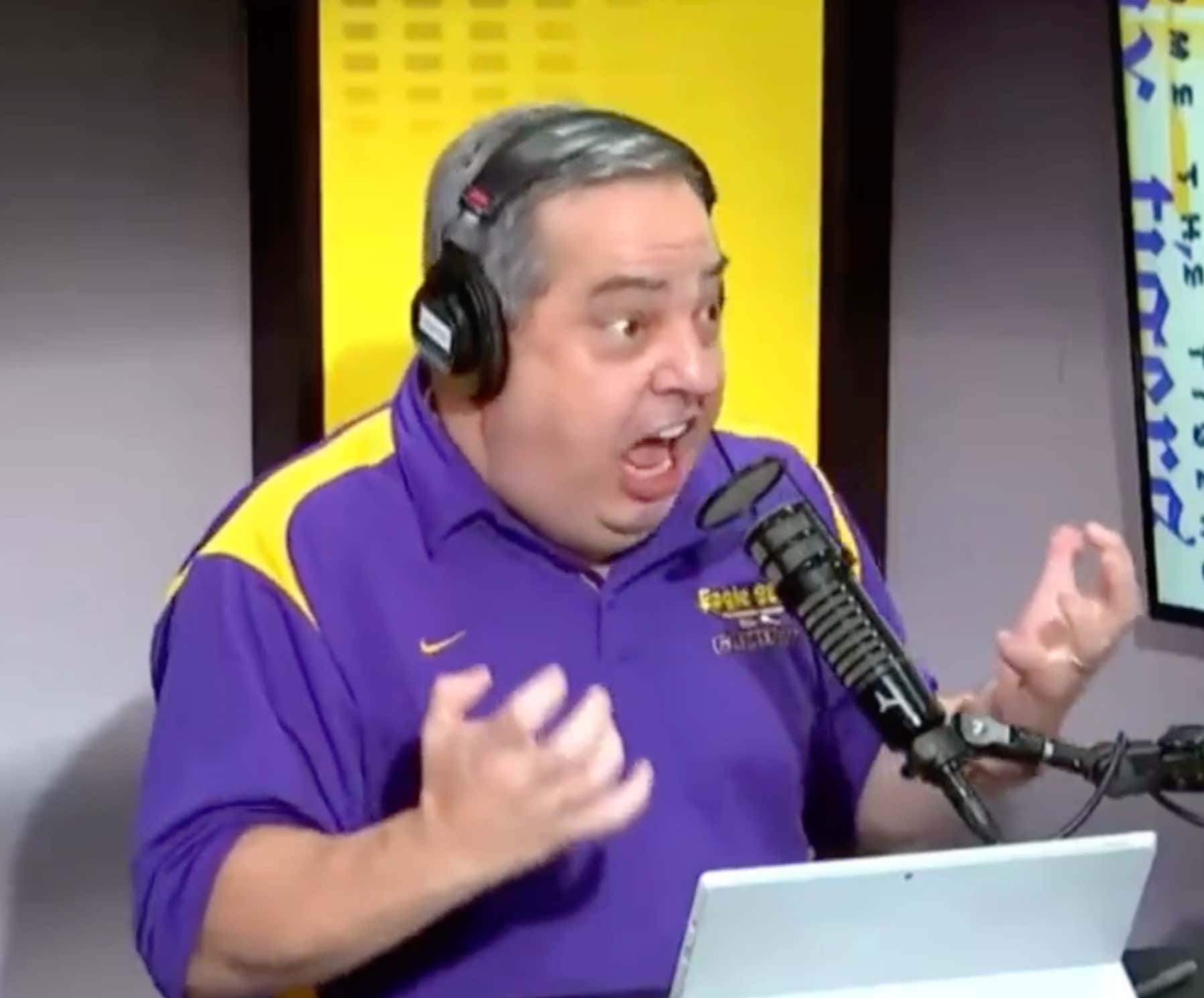 That guy, Charles Hanagriff, has simply had enough. I can't necessarily sympathize with the plight of a program two years removed from a national title possibly getting one of the hottest coaches on the market in college football and being upset about it, but I can certainly sympathize with having co-workers who "don't listen." I work with Smitty.

All of this came after a relatively competitive loss on the road to No. 12 Ole Miss, by the way. Lord help these two if LSU drops one to Arkansas or, God forbid, Louisiana-Monroe this year. Poor Charles's head might explode.

Just try to remember the better days. The memories should be fresh, after all — they were in 2019.