Source - Richard Jefferson has big beef with a former NBA ball boy ... admitting he was a jerk to the guy, but explained it's all 'cause the man used to stare at his "junk" in the locker room.

Jefferson broke it all down in a now-deleted TikTok over the weekend ... responding to a video that a former ball boy had made recently.

In the ball boy's vid, he claimed Jefferson was "always condescending" and was "the biggest jerk I met."

Jefferson revealed he did, in fact, often give the guy the cold shoulder ... but said it was for good reason.Jefferson accused the man of staring at his groin often, as well other players' ... and then comparing their sizes.

"What he's saying is true, I never interacted with him, but let me explain why," Jefferson said in his video response. "You literally admit to looking at our junks when we were in the locker room." 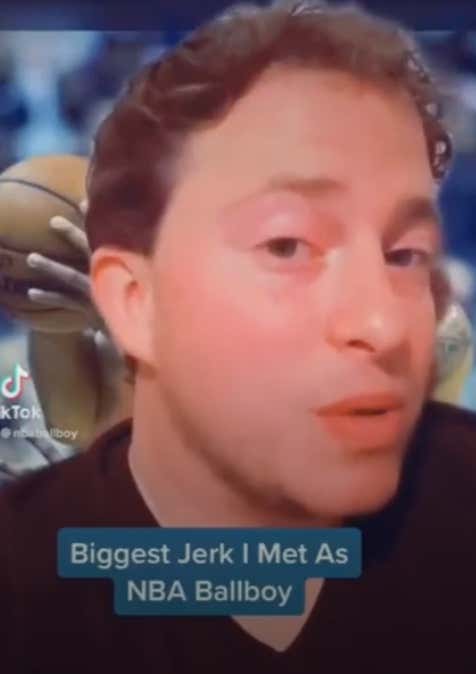 That creepy-ass ball boy's face. I mean if that doesn't look like a guy who *openly  stares dicks in a locker room then I don't know what does. I put an asterisk next to "openly" because if we're being honest…everyone takes a peak, right? You just can't post about it/talk about it/admit to it after the fact. Those are special memories that should live in the privacy of your own head unless, of course, you're Ryan Whitney…

Regardless, I'm glad RJ cleared this up. Stop staring at peoples junks!!!