Here's who I got this week.

Over the last three meetings, the Ravens have outscored Cincinnati 114-19m but these Bengals are for real, and pose a real threat to the Ravens secondary with their passing game. Six points may seem like a lot, especially with the way the Bengals have played, because it is. 6.5 points is a steal. Joe Burrow has been a stud, but the defense has been sneaky good. Their defense ranks fifth in points allowed per game (18.5), eighth in yards allowed per game (331.0) and second in yards per play (5.07). Cincinnati can keep this close.

Red flag alert, Lamar Jackson is 5-0 SU against Cincinnati in his career and has covered the last three straight. Couple that with the Ravens have won all three home games this season and in fact have won six straight at home dating back to last season.

Baltimore will be down Latavius Murray and Sammy Watkins for this game.

The Ravens closed as 2.5-point favorites over the Chargers, and there's no way the Bengals should be rated four points worse than the Chargers. Cincy brings a strong run defense and a big chip on its collective shoulder to this divisional matchup. While Marlon Humphrey likely will spend a lot of time covering Ja'Marr Chase, the electric rookie can still separate. Joe Burrow also has excellent secondary options in Tyler Boyd, Tee Higgins and C.J. Uzomah. Burrow is 8-4-2 ATS in the underdog role, and he can get us through the backdoor if needed. Take the points. 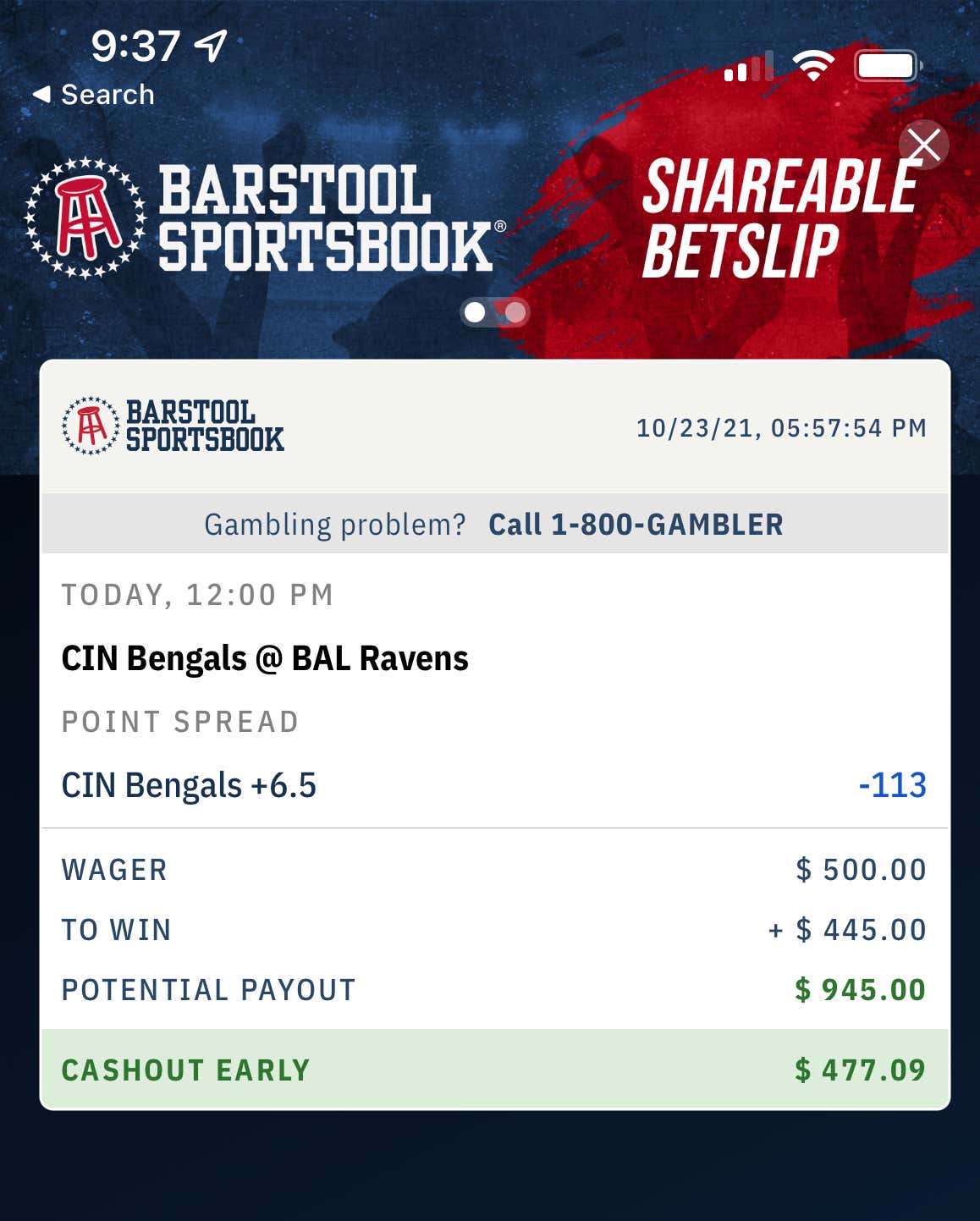 The Pats beat the Jets earlier this season 25-6. The Patriots are on a 12-win streak vs the Jets, winning by an average of 18.7 points.

The Pats laid 6.5 on the road against the Jets in that last matchup and easily covered; is New York any better now?

Belichick is 12-0 SU all-time at New England vs. rookie QB's with a 17.3 point average margin of victory.

The Jets actually ran the ball well in their 25-6 home loss to New England in Week 2. Since then, the ground attack has floundered. They're averaging 3.6 yards per carry for the season. If that continues, Zach Wilson should be in for another long day: the Pats intercepted him four times on Sept. 19. The Patriots are better than their record -- a late fumble cost them a win over Miami in Week 1, and they had plenty of chances to knock off Dallas last week. Lay the points. 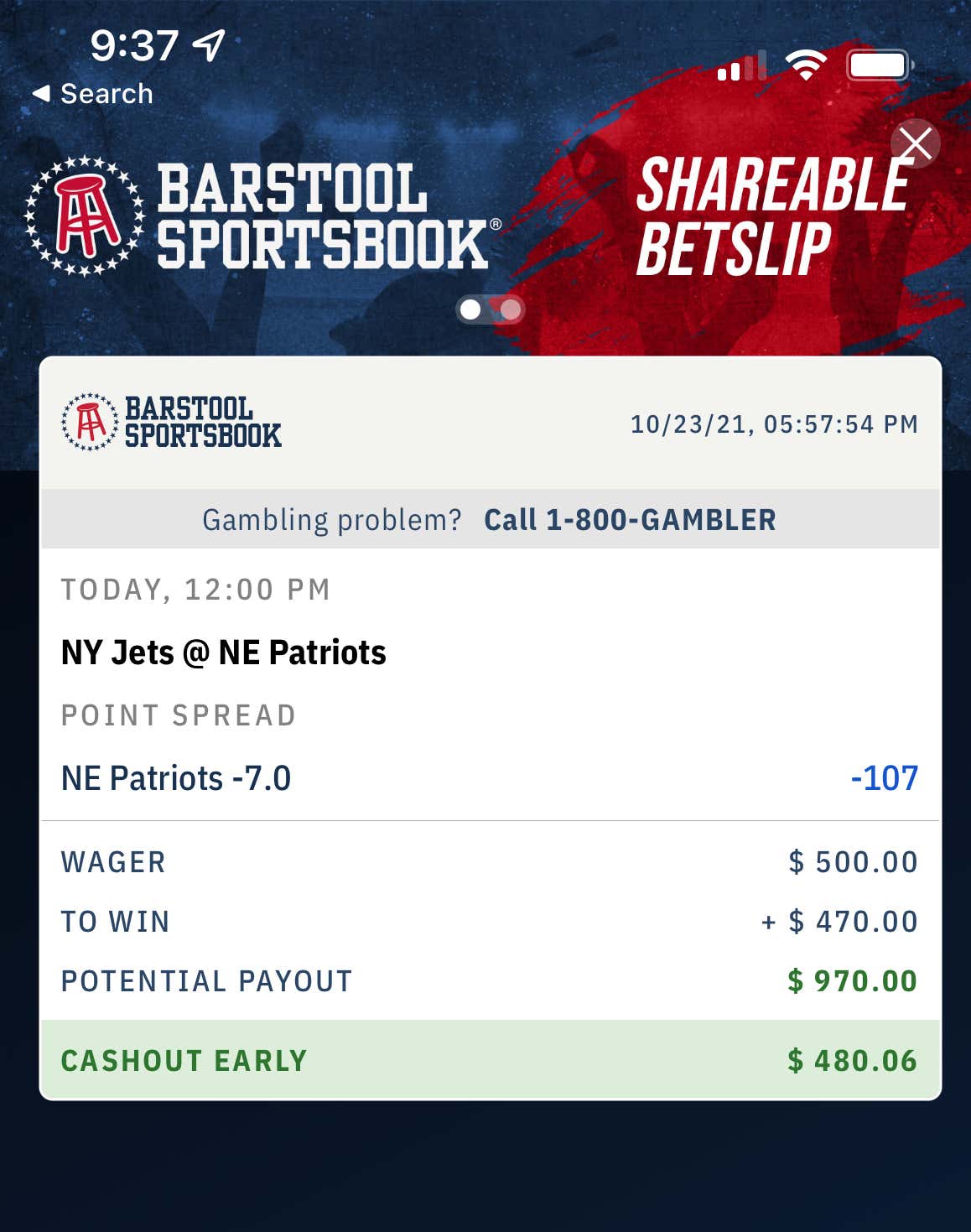 The winless Lions came close to upsets of Baltimore and Minnesota. Sean McVay won’t let it get that close in this one. Matthew Stafford will pick apart his former team with glee. Jared Goff will get a polite reception pre-game, but expect this one to be hell for him.

Detroit has endured a sustained history of disappointment on trips to the Left Coast for literally decades. Given the Lions’ 2021 seasonal history of sluggish starts (failing to register a first-quarter point in three of their past four outings) it should be much of the same in this one.

If you got this one for anywhere under 16.5 consider it a bargain.

(Fun fact - This is one of three afternoon games with a double-digit spread.) 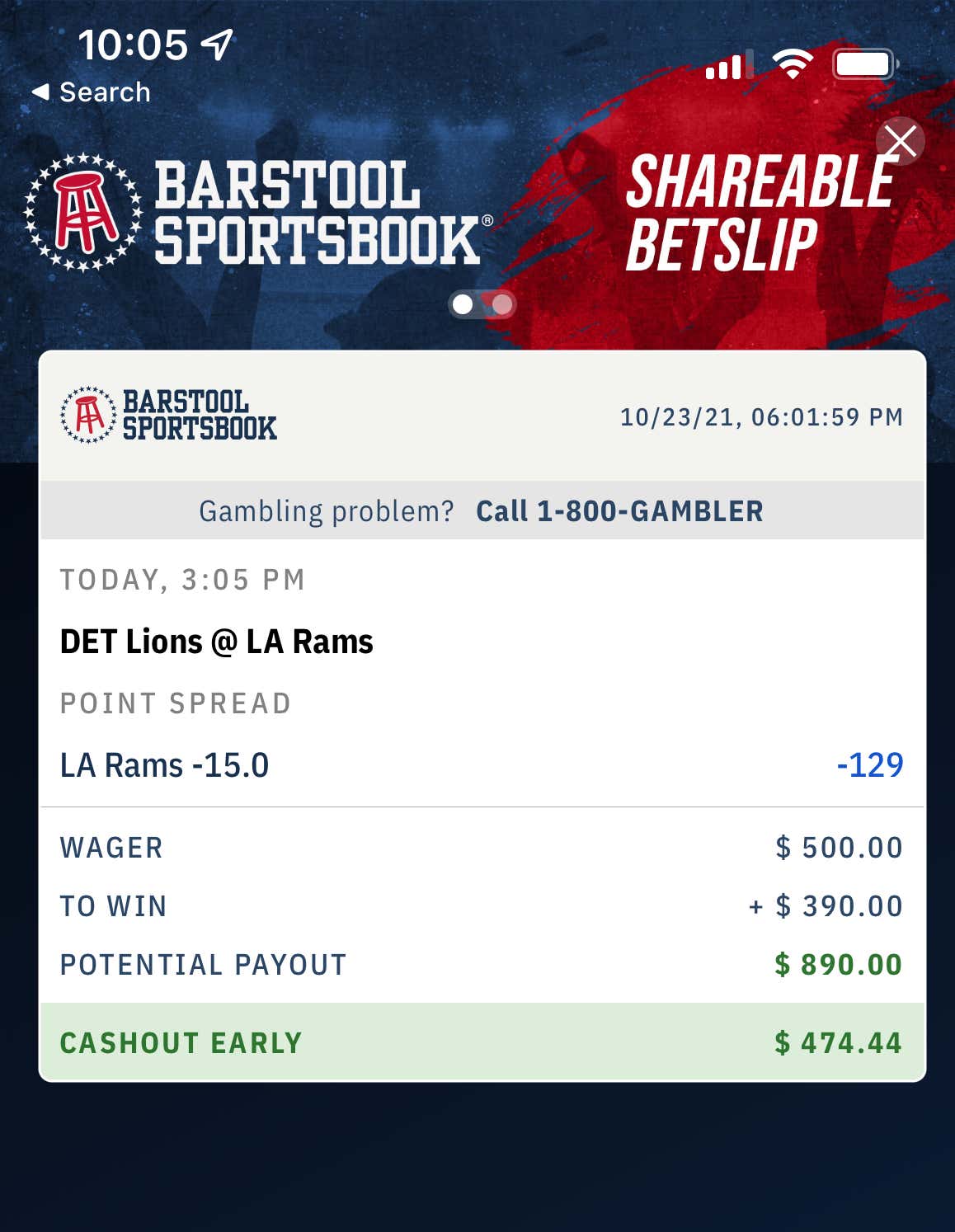 The Eagles have had 10 days to prepare coming off Thursday's loss against Tampa Bay. Philadelphia has played the 6th-toughest schedule so far this season. Anybody else smell a trap line?

You've got a 4-2 home team vs. 2-4 road team only laying a FG. That suggests the Eagles and Raiders are about even on a neutral field.

The Raiders went balls to the wall last week. This one could be a major letdown before their bye week.

Las Vegas is 3-9 ATS as a favorite over the past three years.

Philly has done better throwing against man coverage this year (and so has Hurts running) unfortunately, the Raiders line up in Zone 81% of the time.

Derek Carr is tied for most completions thrown 20+ yards downfield with 19. The Eagles have allowed the 4th fewest in NFL with only 6. Their defense is legit and I expect it to keep this one close all day. 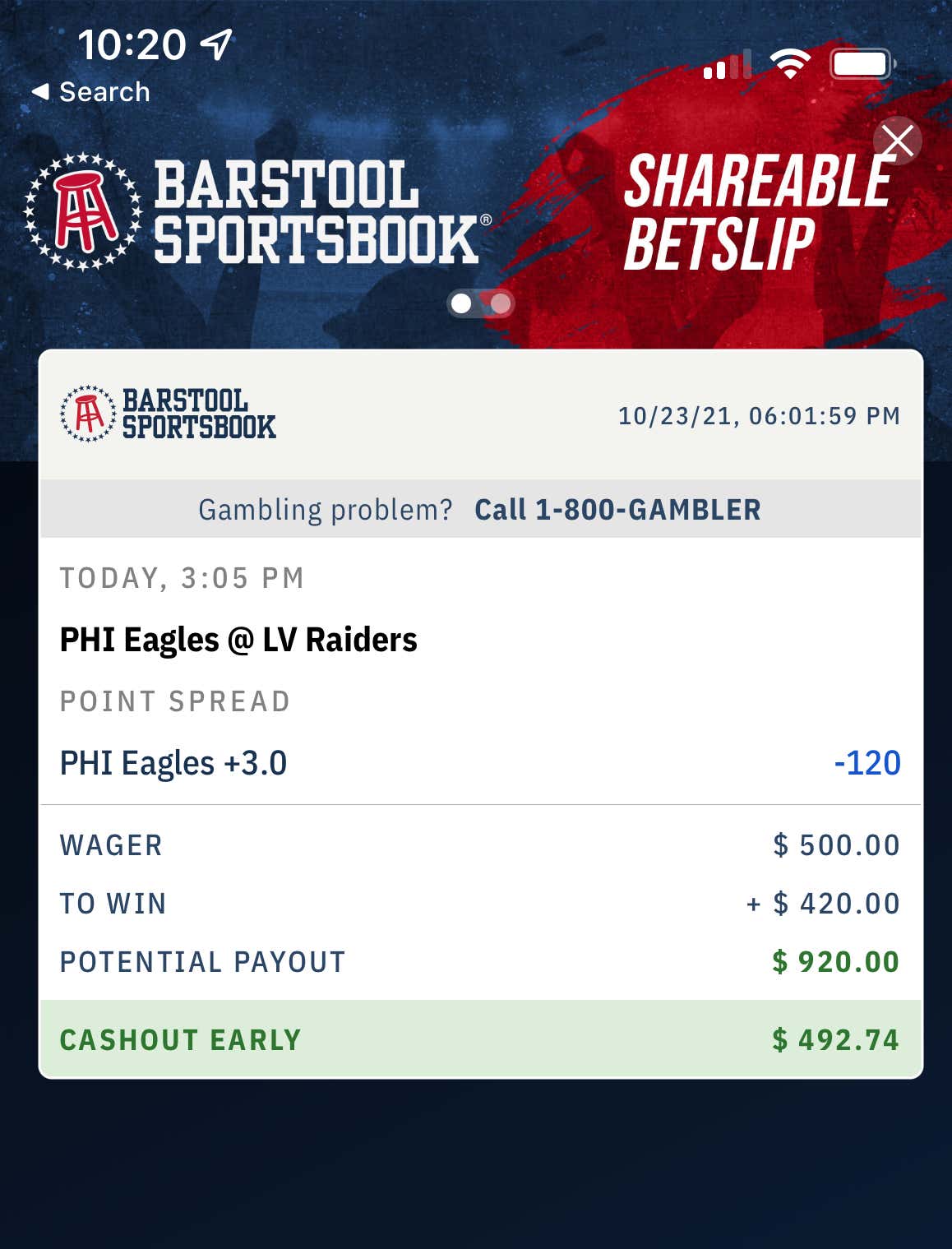 Really wish I held off and got the extra point on this because 19.5 is outrageous.

These guys are all professionals. Yeah, the Texans are truly awful but 3 scores in the NFL is no joke.

But this one has all the making of a massive let down game for the Cardinals. They're coming off a huge road win and looking ahead to Thursday's monster home showdown with 5-1 Green Bay, a game that could determine NFC homefield.

If the Cards go up by double digits in this one, which they will, I think they'll be more interested in staying healthy for the Packers on Thursday than wiping out Houston. So expect some pulled starters and letting their foot off the gas. 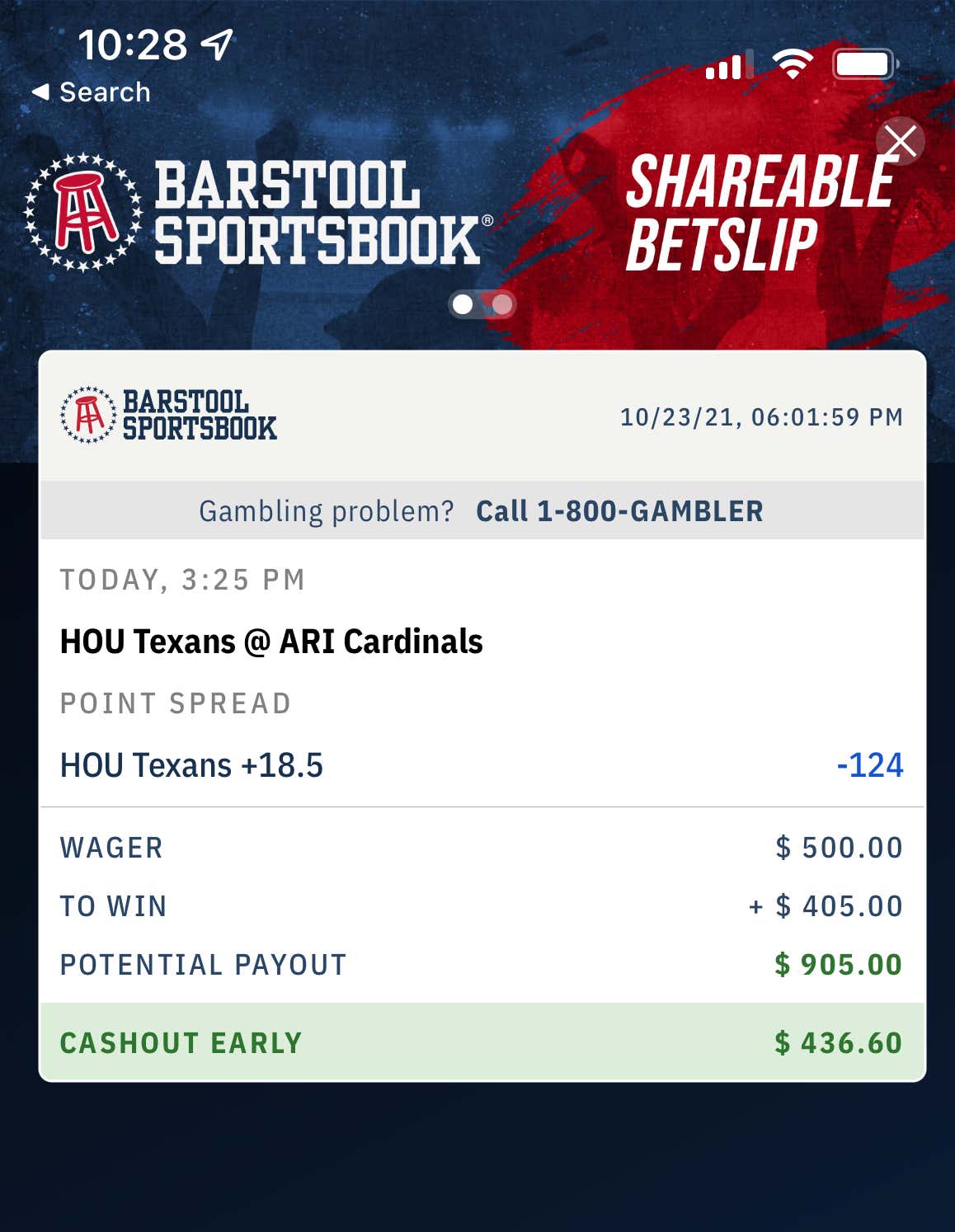 Let's have a week.