Saturday will be the 19th time in the last 22 years I have attended the LSU/Ole Miss game. It is always my favorite weekend of the year and Oxford is already popping on Friday afternoon!

Like many in the South, I grew up in a house divided in Monroe, Louisiana. My Mom was from the Mississippi Delta and went to Ole Miss Law School. She and her side of the family were die hard Rebel fans.

My Dad was from Monroe and went to LSU. I grew up going to games in Death Valley during my childhood and still have many fond memories.

When it came time for me to choose a college, I literally could not make up my mind between Ole Miss and LSU. I walked across the stage on my high school Graduation Day still undecided. Most high school seniors decide by April where they are going to college, it took me until late June.

Ultimately, I decided to go to Ole Miss because I wanted to do my own thing and I loved Oxford’s small town charm & beauty. Despite how long I took to graduate, this was undoubtably one of the best decisions of my life. I love Oxford & Ole Miss and am grateful to represent both.

I lived in Baton Rouge and worked for 104.5 ESPN in 2020 when I got hired by Barstool Sports. My viral video actually took place in the Garden District in Baton Rouge. My producer Playboy Marty is also an LSU alum. I still have so many great relationships down there but they can all go to hell this Saturday!

I have seen so many crazy games in this series over the years and am going to share a few of them. Today will be my 19th of the last 22 to attend.

Twenty years ago, I was sitting in the nosebleeds in Death Valley for Eli Maning’s first game against LSU. Ole Miss blocked a punt and ran it back for a touchdown before halftime. I had a 32 oz coke that had a bunch of whiskey in it. When I raised my arm to celebrate the blocked punt TD, my buddy smoked my right arm and I hosed down a row of LSU fans in front of me with whiskey. I am lucky I got out of Death Valley alive from that Ole Miss win. 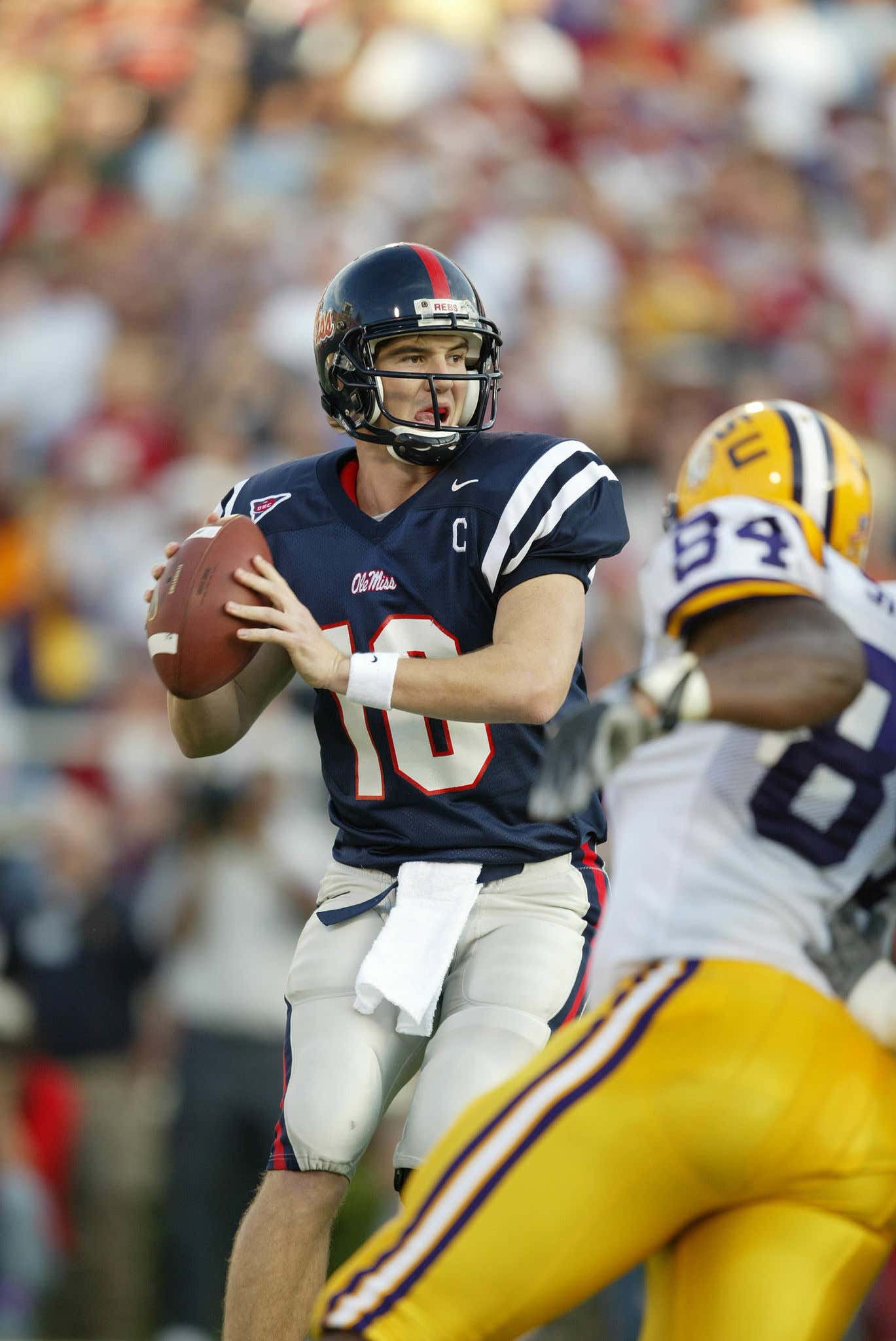 I am still heartbroken from 2003 when LSU and Ole Miss battled Eli’s senior year for the SEC West title in one of the top biggest Oxford weekends ever. LSU won 17-14 and I was so upset that I did not leave my room in the ATO frat house til Tuesday the following week. LSU went on to win the 2003 title.

I skipped 2011 ending my 11 year attendance streak because I was playing World Poler Tour in Jacksonville and there was no hope at all for the Rebels. LSU won 52-3 and kneeled with 3 minutes left which has certainly been brought up on social media this week.

LSU upset #3 Ole Miss 10-7 I’m 2014 in an ugly but rowdy Death Valley. My buddy parked on LSU campus with Ole Miss tags and conveniently ended up with a flat tire that night.

In 2015, Ole Miss hammered LSU 38-17 (Rebs also won in 2013) in my final weekend in Oxford before I moved to Shreveport to start Mixin’ It Up With Mintz. A lot has happened in life since that cold Oxford Saturday, that’s the last Ole Miss win in the series. This streak must end today!

Leonard Fournette broke the LSU school rushing record in a game in 2016. LSU dominated the series in 2017-19 before the insane game last year in the Louisiana Rain that Tom Petty sang about.

LSU won 55-50 in all but a monsoon last year when Kayshawn Boutte broke SEC receiving record. I have never been to a sporting event that rained harder. I am still upset about that game.

It’s been 6 long years for the Rebels. The steak stops today!

Time to enjoy the reunion in the Grove and raise hell in the Vaught for the Eli Manning Celebrat10n!