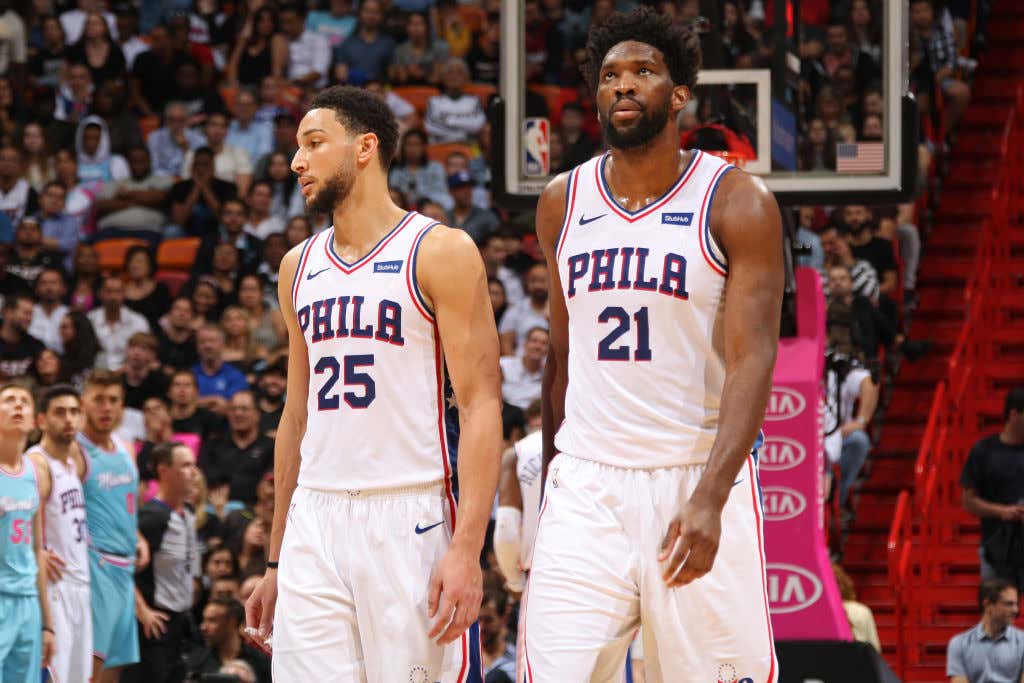 Fellas. We've all been there before.

You know it's going to be a dog shit day right from the jump. Your girl wakes up and tells you that you were in asshole to her in her dream. Absolutely nothing you could do about it. Absolutely nothing that is based in reality. She just happened to have a dream about you being a dickhead, and now she's going out to ruin your day because of it.

She's acting crazy and you literally have no idea where any of this is coming from. But the moment you even insist that she "calm down", that's when all hell breaks loose. You can never tell them to calm down. That's a death sentence and a half. Any veteran of the game knows that when you're dealing with unhinged insanity, you just sit back and nod your head and just keep agreeing until the storm passes.

In no world does Joel Embiid hold any of the blame for what has transpired between Ben Simmons and the Philadelphia Sixers. Joel has constantly done everything he possibly can to make it work with a guy who has repeatedly shown time and time again he has no interest in doing any of the work himself. Perhaps he SLIGHTLY threw Ben under the bus a little bit in the post game presser after game 7, but that was 1 time. Doesn't matter, though, because that's the only thing that Ben is going to remember. So now all that's left to do is just sit back, nod his head, agree that "everybody" needs to take responsibility, and wait for the storm to pass.

The things Joel will do and put up with for this city. He must be protected at all costs.