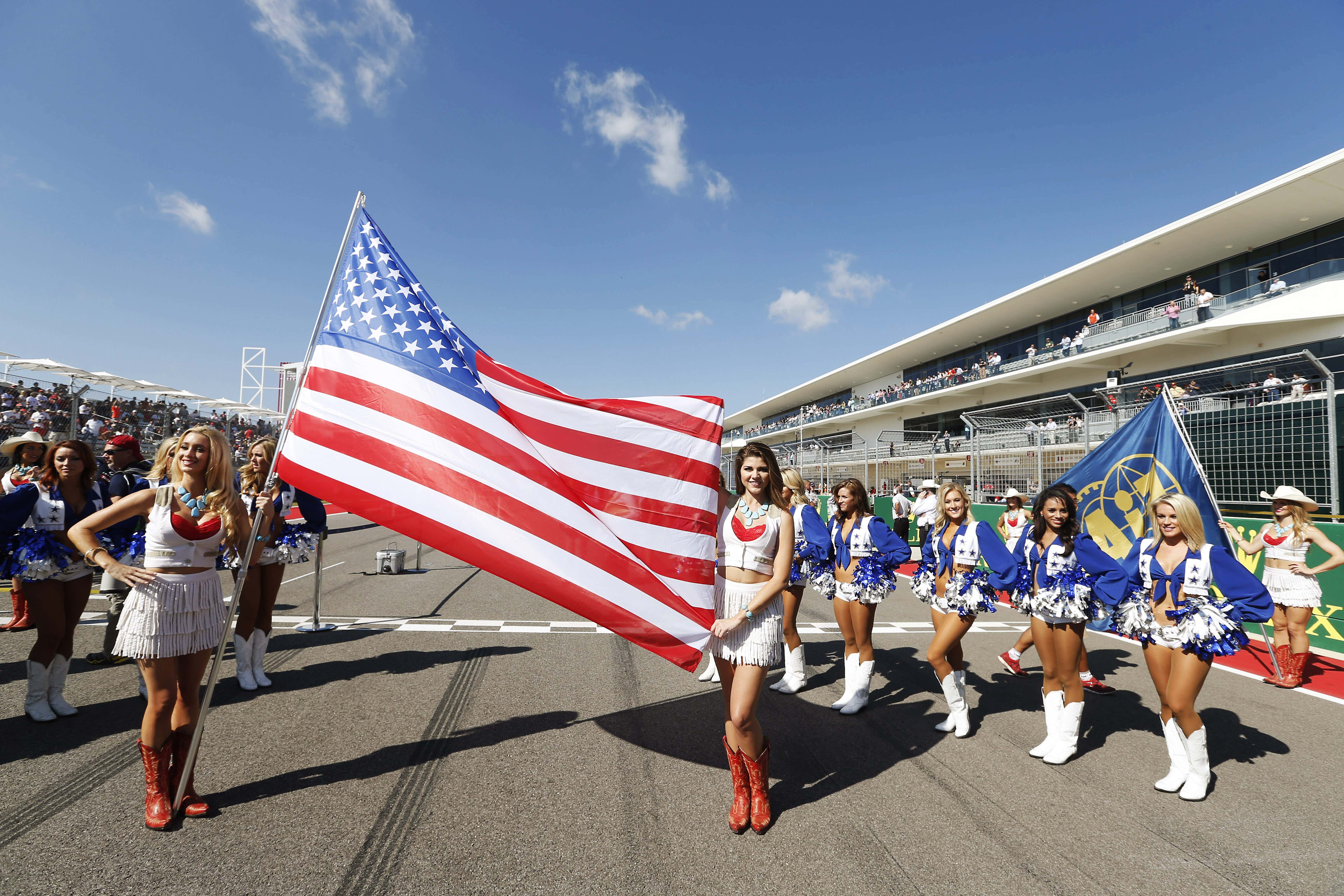 After last year's race in America was canceled due to Covid, F1 is finally back in the US of A this weekend. The entire F1 world has descended upon Austin, Texas to race at the Circuit of the Americas (COTA). Here's the schedule for the weekend and where to watch:

Going to be a hell of a Sunday afternoon with NFL Witching Hour going on and the F1 race. This is why you invest in two TV setups. 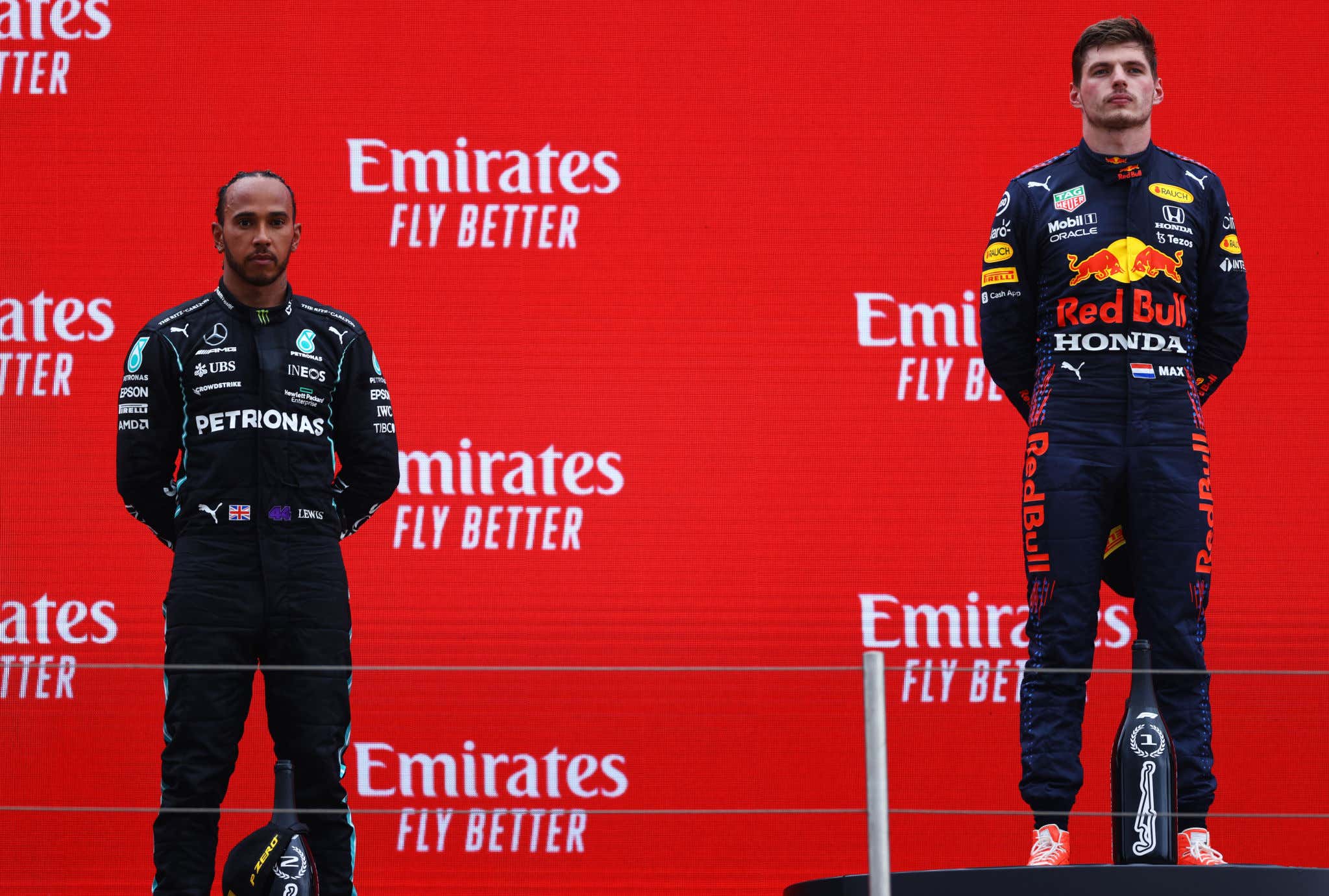 This season has been one of the best championship battles in modern F1 history. The past few seasons have been dominated by Mercedes and Hamilton, this year is different. We're sixteen races into the season and the Driver's Championship battle is a complete toss-up with Verstappen barely leading Hamilton by six points with six races left. A seven-time world champion, Hamilton vs. the star of the next generation, Verstappen, who's trying to win his first world championship. Hamilton has won five races this season, Verstappen has won seven races this season. There have been incredibly dramatic moments for both drivers so far, these have been the biggest moments between the two. 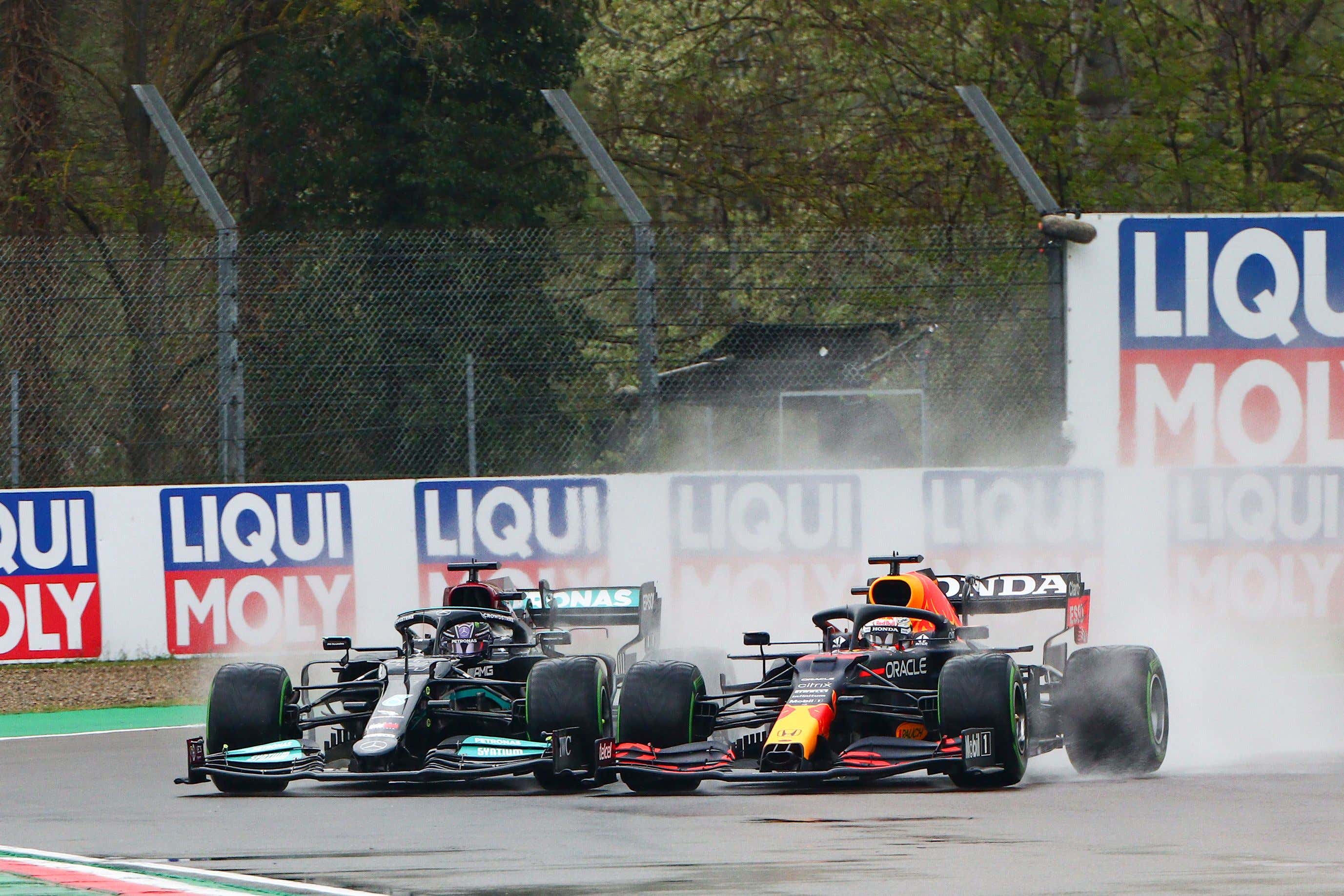 Verstappen and Hamilton collide on lap one. Verstappen took a comfortable lead in the race. Hamilton while trying to catch Verstappen later in the race, binned it off the wet track. Hamilton finished in a distant second. The first real chaos of the season between the two, but it seemed like they respected each other on the track. Max Verstappen was cruising to an easy victory at Baku until the end of the race when one of his tyres blew out and he crashed, throwing away the win. Hamilton had an easy path to secure the win when the race restarted but he overshot the first corner missing his chance to deliver a huge blow in the championship. A massive mistake from Hamilton and both drivers finished with zero points. Verstappen went on to win the next three races to extend his lead in the championship.

This is the race where the entire season was taken to the next level. Hamilton needed a big result to stay in the championship battle with Verstappen. The two lined up side by side at the start of the race and then the fireworks happened. At the beginning of the race, in one of the fastest corners on the track, Hamilton hit the back of Verstappen's car and Verstappen was sent flying into the wall. Verstappen was out of the race and Hamilton went on to easily win his home Grand Prix. Hamilton then paraded around the track celebrating with the British fans while Verstappen was in the hospital. Verstappen took that personally "…but we move on"

The weeks following the Great Britain crash were full of passive-aggressive comments between Mercedes and Red Bull, but things stayed relatively clean on the track until Italy. Verstappen and Hamilton were battling once again and had a massive crash. Both drivers were out of the race and the tension between the two reached a new high and it's been sitting at that level of tension ever since. 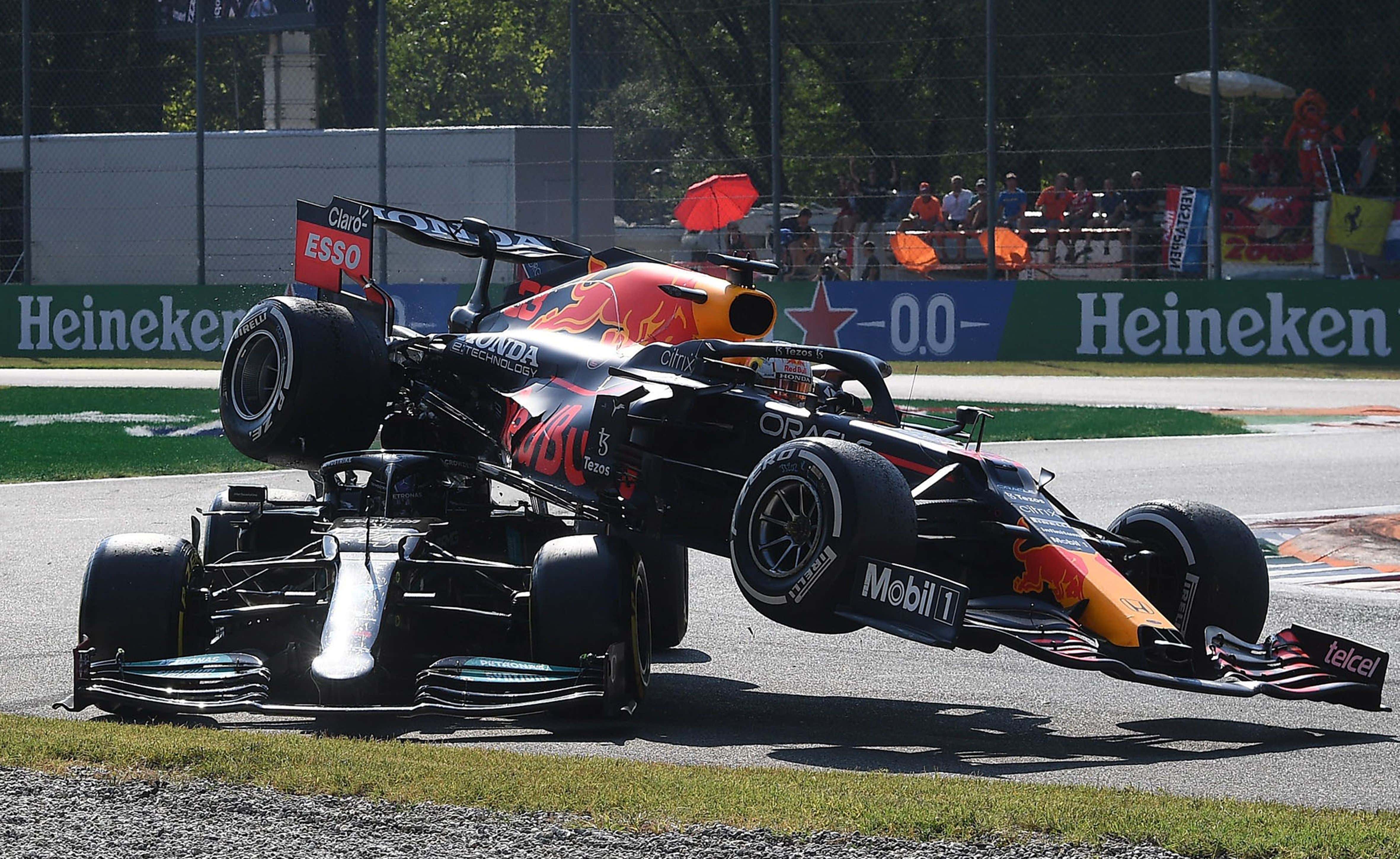 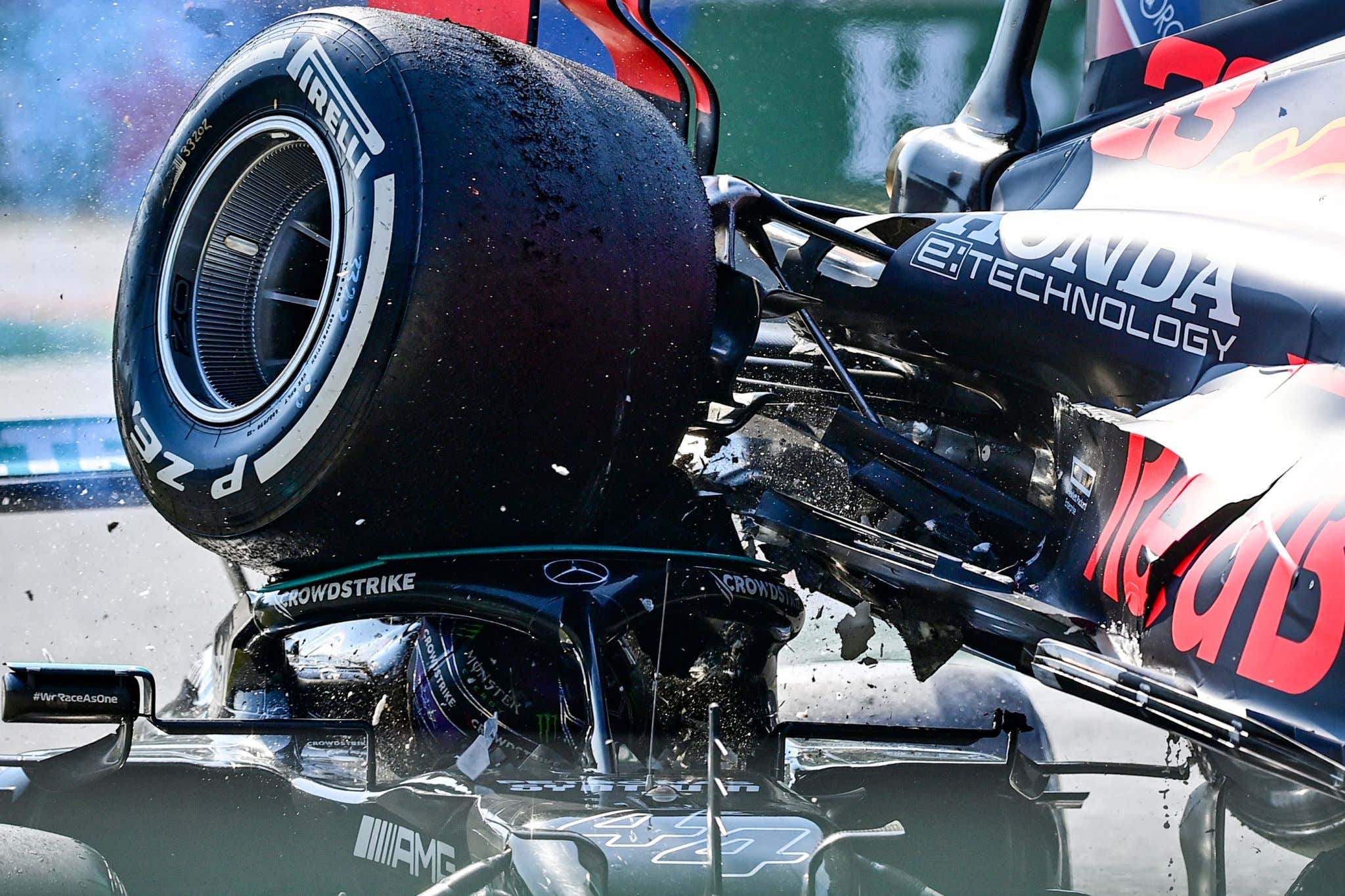 In the next race after Italy, Hamilton won a dramatic and wet Russian Grand Prix taking the championship lead by two points. Then in the last race, Verstappen finished in second place while Hamilton was caught out by a bad pit strategy to finish in fifth. Verstappen re-took the lead in the championship by six points. It's been back and forth like this all season. This is where we stand right now.

With only six races left to determine the championship, will this season end with Hamilton winning his record-breaking eighth world championship or Verstappen winning his first world championship? There's so much potential for another blow-up moment like what happened in Great Britain and Italy. This weekend's race in Texas will have a huge impact on who ends up winning this season. We're in the end game now. We already have Verstappen flipping Hamilton off during Friday practice. THIS LEAGUE

Here's a taste of what we could get this weekend of the two battling back in 2018 at COTA. Praying we get to see this type of battle again this weekend.

Austin, Texas has been the host of the United States Grand Prix since 2012. Hamilton has won five of the eight races held at COTA, the other three winners are Sebastian Vettel (2013), Kimi Räikkönen (2018), and Valtteri Bottas (2019). All three of those previous winners will be racing this weekend as well, but won't really be in contention: Vettel (engine penalty), Bottas (engine penalty), and Kimi (in a shitty car, Alfa Romeo, that's never in contention to win). 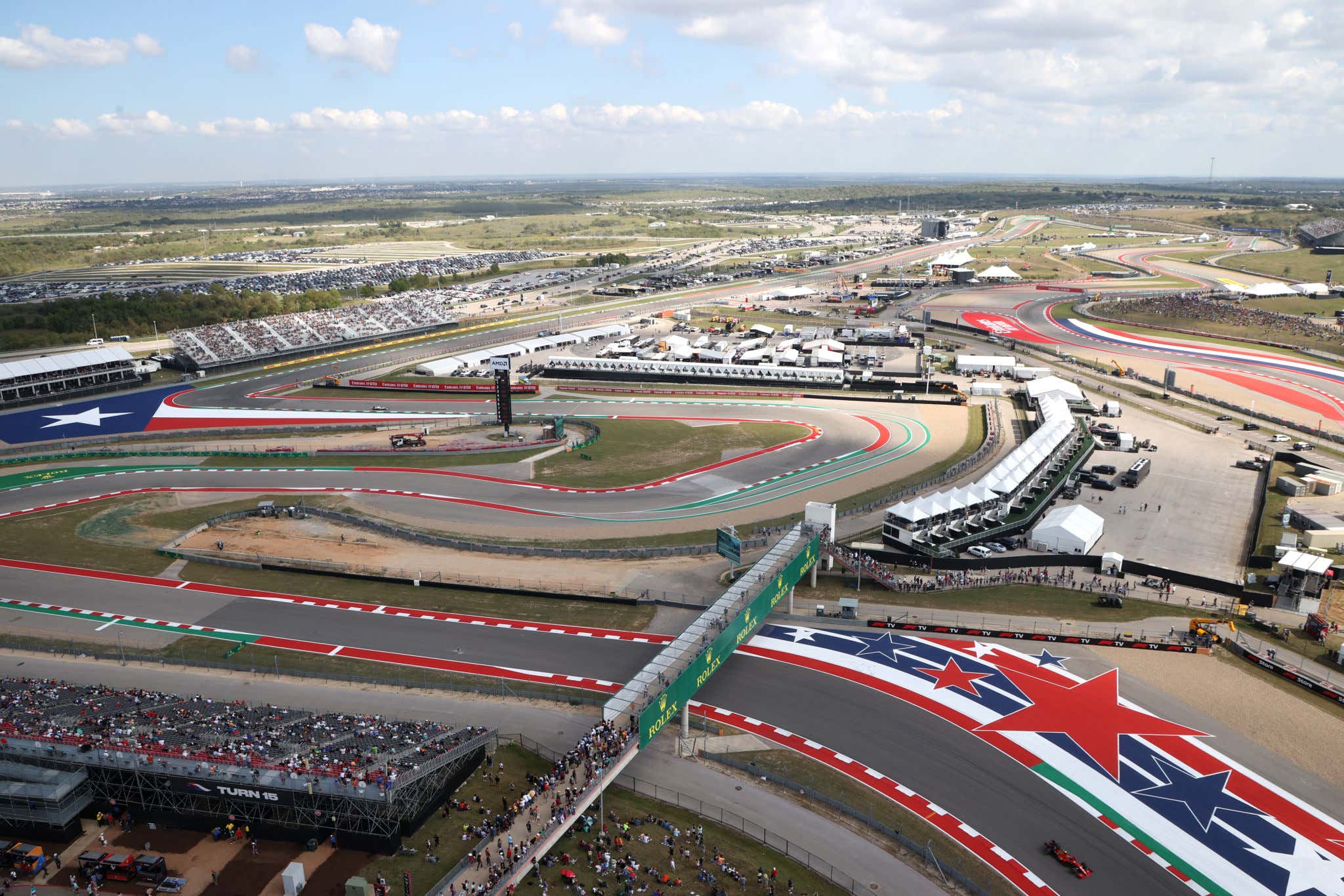 This track is a roller coaster. Tons of elevation changes and a wide variety of turns, all loosely based on sections of famous tracks from around the world. The track also has the potential for great racing this weekend because overtaking should be relatively easy. Here's what a lap around the track looks like from the driver's point of view:

This is also infamously where the Ferrari downfall of 2019 began. The team was accused by several other teams of cheating engine regulations, which led to them eventually reaching an undisclosed settlement with the FIA at the end of the 2019 season. The next year, Ferrari went from being easily one of the top three teams in F1 to finishing the 2020 season in sixth place, their worst finish in decades. This year, Ferrari has finally rebounded and is now in an extremely tight battle for third place in the Constructors Championship with McLaren. The battle between Charles Leclerc and Carlos Sainz Jr. for Ferrari vs. Lando Norris and Daniel Ricciardo for McLaren will be the battle to watch this weekend outside of Hamilton vs. Verstappen.

Here's what the Constructor's Championship looks like with only six races left. Anything could still happen between Mercedes vs. Red Bull and McLaren vs. Ferrari.

All of the drivers and teams have been embracing the American and Texas spirit this week. I'm convinced that they think all American's dress up in cowboy hats every day and talk in southern accents.

No one on the grid has embraced America and Texas more than Daniel Ricciardo. His helmet this weekend is a tribute to the late, great Dale Earnhardt Sr. and he's been rocking a Ricky Bobby accent in his interviews.

That's why he's my official pick going into the weekend on the Barstool Sportsbook. Clear eyes, full heart, Ricciardo +800 to podium on Sunday.

If you're in Austin, TX this weekend, send me any and all photos/videos from the track, especially if you're rocking any of the Barstool F1 merch. Let's have a weekend.

Now it's time for the United States Grand Prix, which is checks notes at a normal time for American viewers, 3 pm ET on ESPN/ABC. LIGHT OUT AND AWAY WE GO!