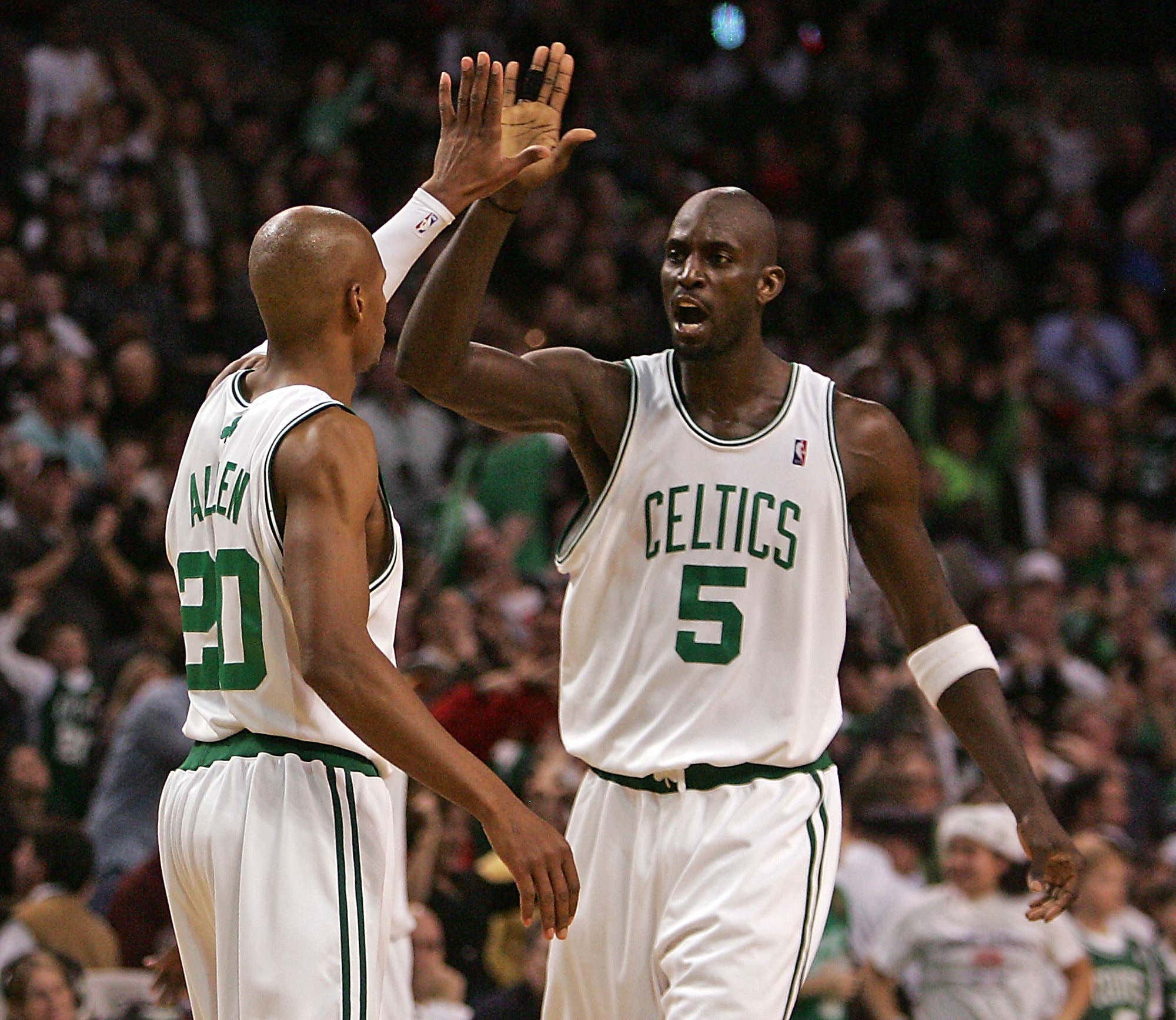 The NBA wrapped up announcing their Top 75 team last night and for the most part I think they nailed it (more on this later). As a Celts fan it was a fun exercise because 26% of the list ended up being former Celtics so I have no real complaints, and it was awesome to see the Big 3 from my era get the nod. I didn't really appreciate how long it took them to announce Paul Pierce made it, we had to sweat that one out a little bit, but at the end of the day Paul, KG and Ray all made the cut. All three weren't exactly controversial selections or even that much of a surprise. You know what was a surprise? What came after

I honestly never thought we'd see this day come. KG has hated Ray Allen like poison for nearly a decade after how all that shit ended. I'll never forget that moment the two had when the Celts played the Heat for the first time with Ray in Miami

Shit, just a few months ago we had KG cropping Ray out of his IG stories because he's one of the pettiest men alive

It's pretty clear that how Ray left has always bothered KG. They even said as much a few years ago

Who knew if things would ever be mended. Even with Pierce trying to lead the charge at a reunion, KG and Rondo never seemed to budge. That is until last night. I can't believe those posts are real and I have to say, it warms my heart. My feeling about Ray has changed over the years and as I've gotten older. You realize the Celts tried to trade him a million times and wanted to hand things over to Avery Bradley. It sucked that he took less money to go play with LeBron at a time when the Celts and Heat were rivals, but as they say time heals all wounds. My stance has always been if the players forgive Ray, then I'll forgive Ray. KG was always the last one to do it and it looks like we're finally here.

Considering these three were responsible for the only Celtics title I have ever seen with my own eyes, at the end of the day I just want everyone to get along. What they did on the court together was life changing shit for myself and a lot of Celts fans around my age. We lived through HELL in the 90s. The worst era of Celtics basketball they've ever had, and those three dragged us out and to the top of the mountain. It's only right that things are finally on the mend.

Quick thing about this Top 75 list. There are always going to be snubs when you do shit like this because it's so subjective. But I am having a really hard time understanding how Dwight Howard is not on this list, yet guys like AD and Dame are. That feels insane to me. How is it possible that those guys make it over someone with this resume? 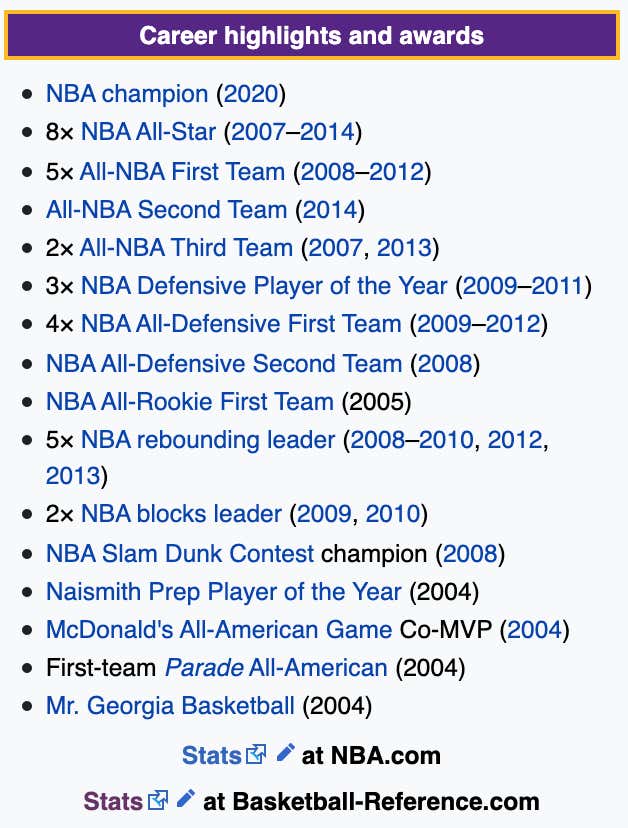