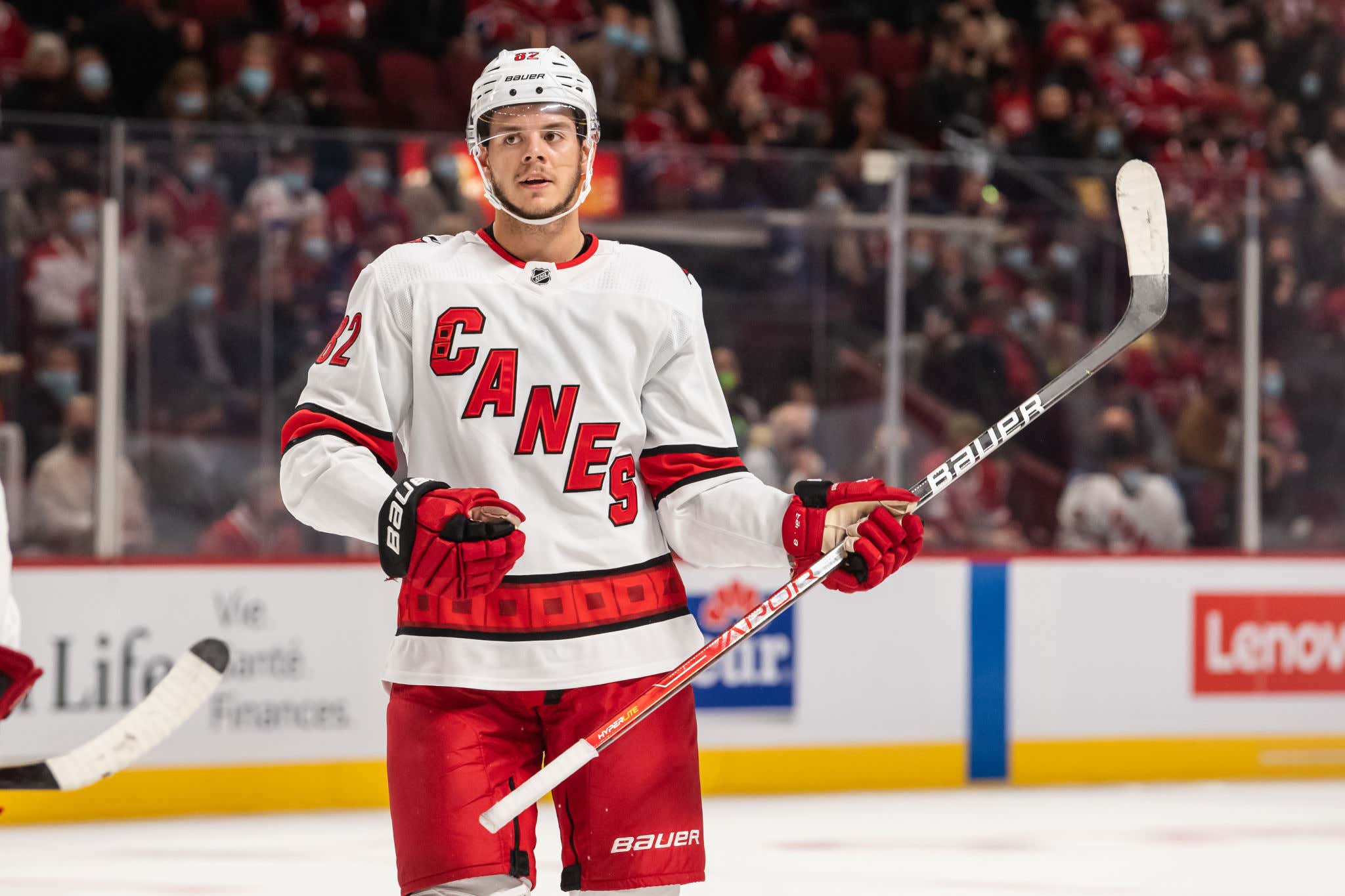 Yes. Perhaps the quickest, easiest, most decisive yes of all time.

And that's exactly what Jesperi Kotkaniemi did last night when he made his triumphant return to the Bell Centre in Montreal after signing an offer sheet with the Carolina Hurricanes over the summer for 1-year, $6.1M.

I get that Habs fans are going to hate Kotkaniemi for leaving. But what person in their right mind would ever be presented a piece of paper which, if signed, would result in $6 million hitting your bank account and not immediately saucing your Herbie Hancock on that bad boy? Especially when he'd be making half of that, maybe 2/3rds if he stayed in Montreal. Again I understand that Montreal fans might be a little ass hurt about the series of events that unfolded. But I'd love to see anybody in that crowd not hop on the first flight to Raleigh for $6M. And if getting boo'd by a 70% capacity crowd when returning to the Bell Centre is the worst thing you have to deal with for making that decision, well then you make that same call 7 days a week and twice on a Sunday.

Especially when you get yourself on the scoresheet to boot.

Sidenote #1: On the bright side, it must have been nice for the Habs players to finally not be the ones getting boo'd by their home crowd. 5 straight losses to start the year. Yiiiiiiikes. Feels like you can stick a fork in their season already.

Sidenote #2: The Carolina Hurricanes are still gigantic losers in all of this. Drastically overpaid for Kotkaniemi and a social media manager who is obsessed with the Habs.

Firm believer that the Vegas Golden Knights Twitter account ruined team socials for everyone in the league. Annoying little pricks.