Regardless of what it is, just some regular ol' dude who is able to watch the game with at least a shred of common sense should be able to come in and make the right call. Because nobody--and I mean NOBODY--with a bit of common sense would ever consider this to be goaltender interference. 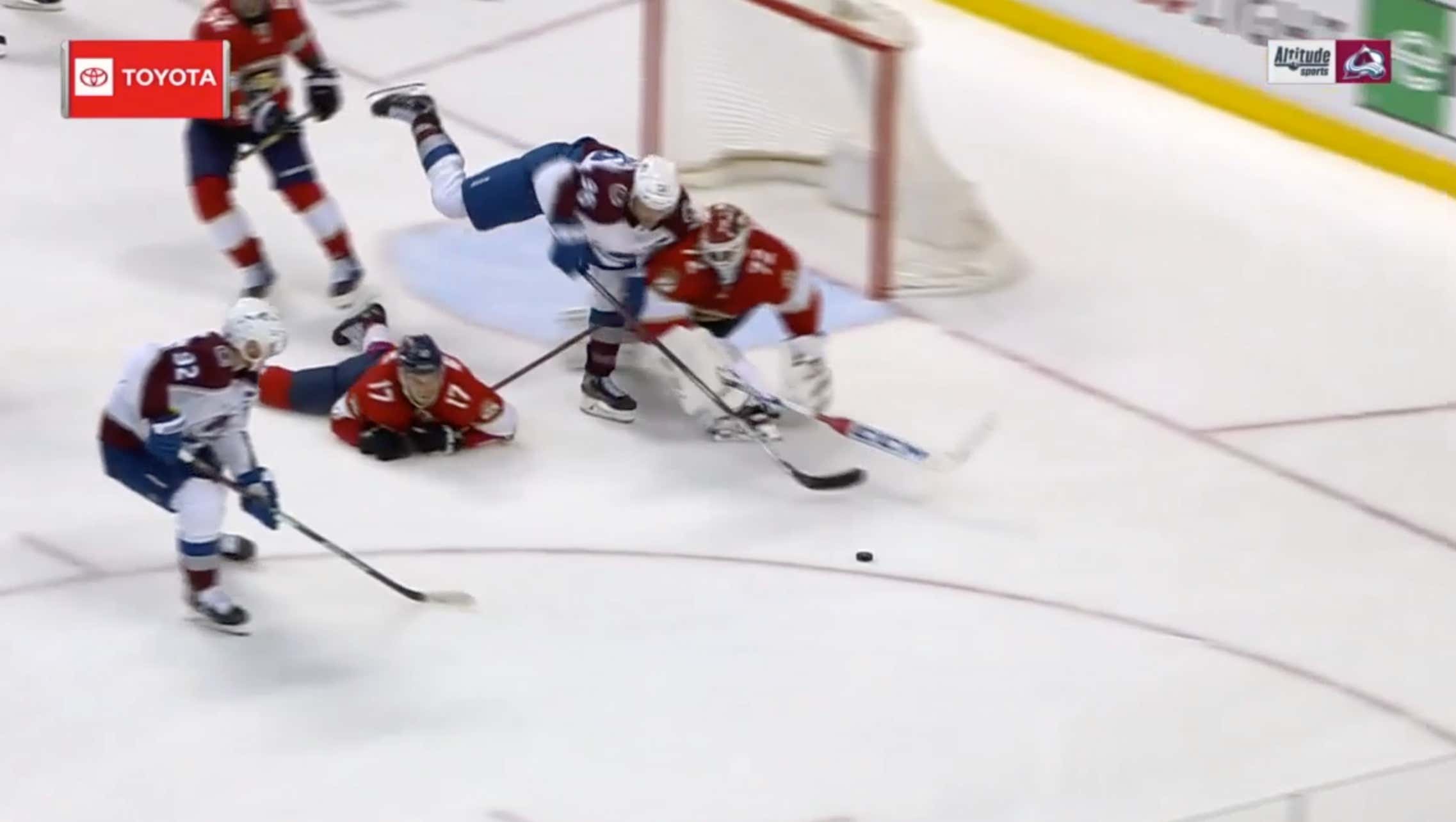 1) Rantanen gets pushed towards the net. 2) He somehow manages, on just one leg, to use his edge to avoid going anywhere near the crease. 3) Bobrovsky comes out of his crease like a maniac to poke away a puck at the faceoff circle. And then somehow that's all on Rantanen to avoid contact with Bobrovsky? The guy who did literally nothing to contribute to that collision gets 2 minutes for goaltender interference and then the Panthers score on the ensuing powerplay to take a 2-1 lead? The turning point of the game?

I mean the ref in the corner had the perfect view of that entire sequence. I get it's happening in real time but even still. The fact that bozo saw the series of events that occurred and came to the conclusion that Rantanen was the guilty party here is unfathomable. And according the rulebook itself, the wrong call was clearly made here. 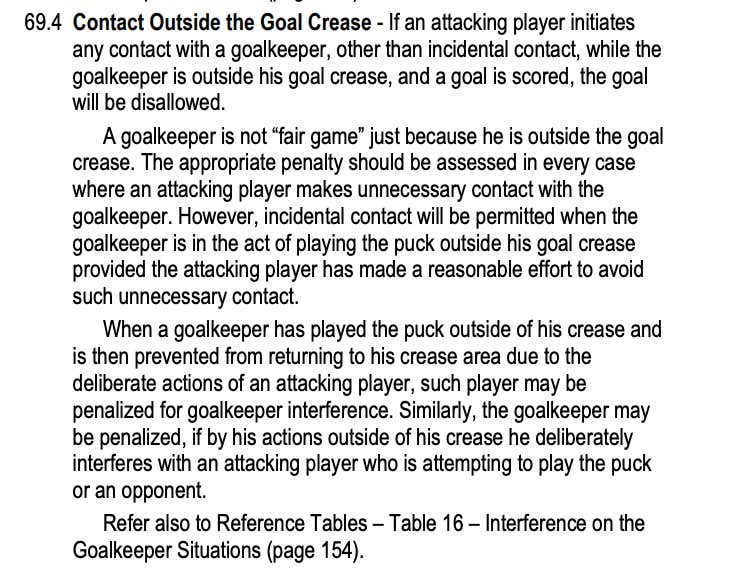 Gallagher didn't do a damn thing to interfere with Freddy Andersen making a save here. But he made the most minor contact ever and the goal gets wiped off the board. So if you're not even allowed to slightly graze the goalie while he's in the crease, then it's only fair that the goalie can take a hit while he's out of it. Maybe just not from behind. Again, all you need is a little bit of common sense. But it just seems like the moment you turn a sport into a business with millions and millions of dollars attached to it, common sense goes flying out the window.