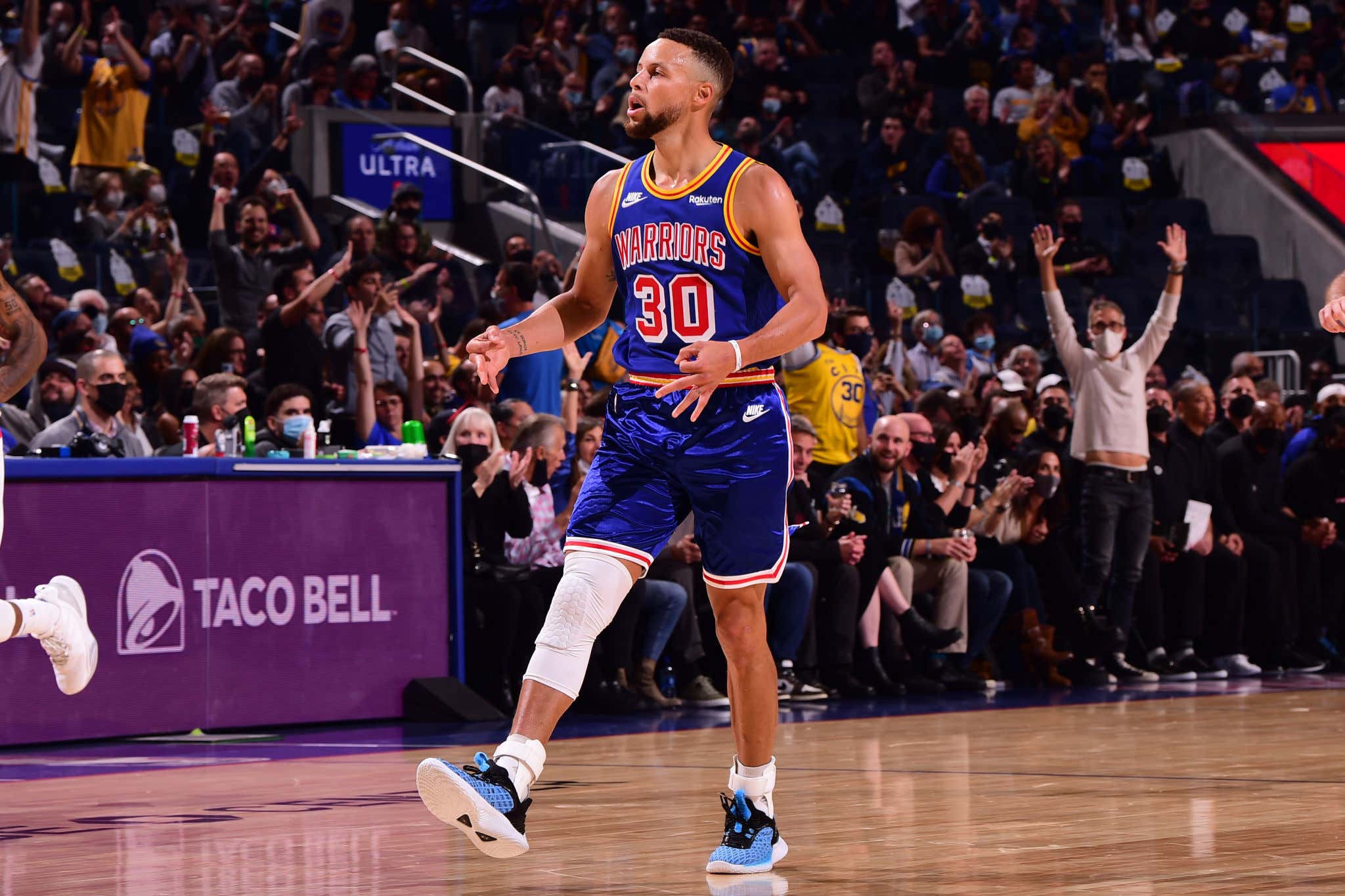 If I've said it once, I've said it a thousand times. Late Night Steph is must watch TV. When basketball season arrives you sure as hell better follow one of the most important rules when it comes to the NBA. You stay up for Late Night Steph. It's worth being tired the next day because there are few things better than watching this man go completely nuclear on the basketball court and make no mistake that's exactly what he did against the Clippers.

It all started pregame during shootaround. I blogged this video of Steph making a billion shots in a row. Pretty typical for the greatest shooter to ever walk the earth

The second I saw that video I knew we were in for a vintage Late Night Steph show. I even said it in that blog. All it took was for us to get to the first quarter and it was on

I'll ask it again. How is it possible for someone to be this good at something? Please explain that to me. It's not just practice. He's not from this planet and you cannot convince me otherwise.

Then when the game got close and the Warriors needed Steph to do Steph shit and close things out, guess what he did. Steph shit

What do you do? If you don't guard him from 40 feet, he'll drain it in your eyeball. If you play too much into him, he just goes right by you considering he has one of the best handles on earth. He's an impossible cover. I tried to tell you guys whenever I could last year to stay up late and watch Steph and what happened. He won a scoring title. I am pleading with you yet again, if you enjoy basketball or even if you don't and you just love great theatre, watch Steph Curry play basketball. You see the Warriors as the late game on TNT, stay the hell up. It's poetry in motion and he is showing no signs of slowing down.

Meanwhile, the Warriors are 2-0 with big head to head wins against both LA teams. You combine that with Steph looking like he's about to put up another MVP season along with Klay being on the way and things are looking real nice in the Bay.