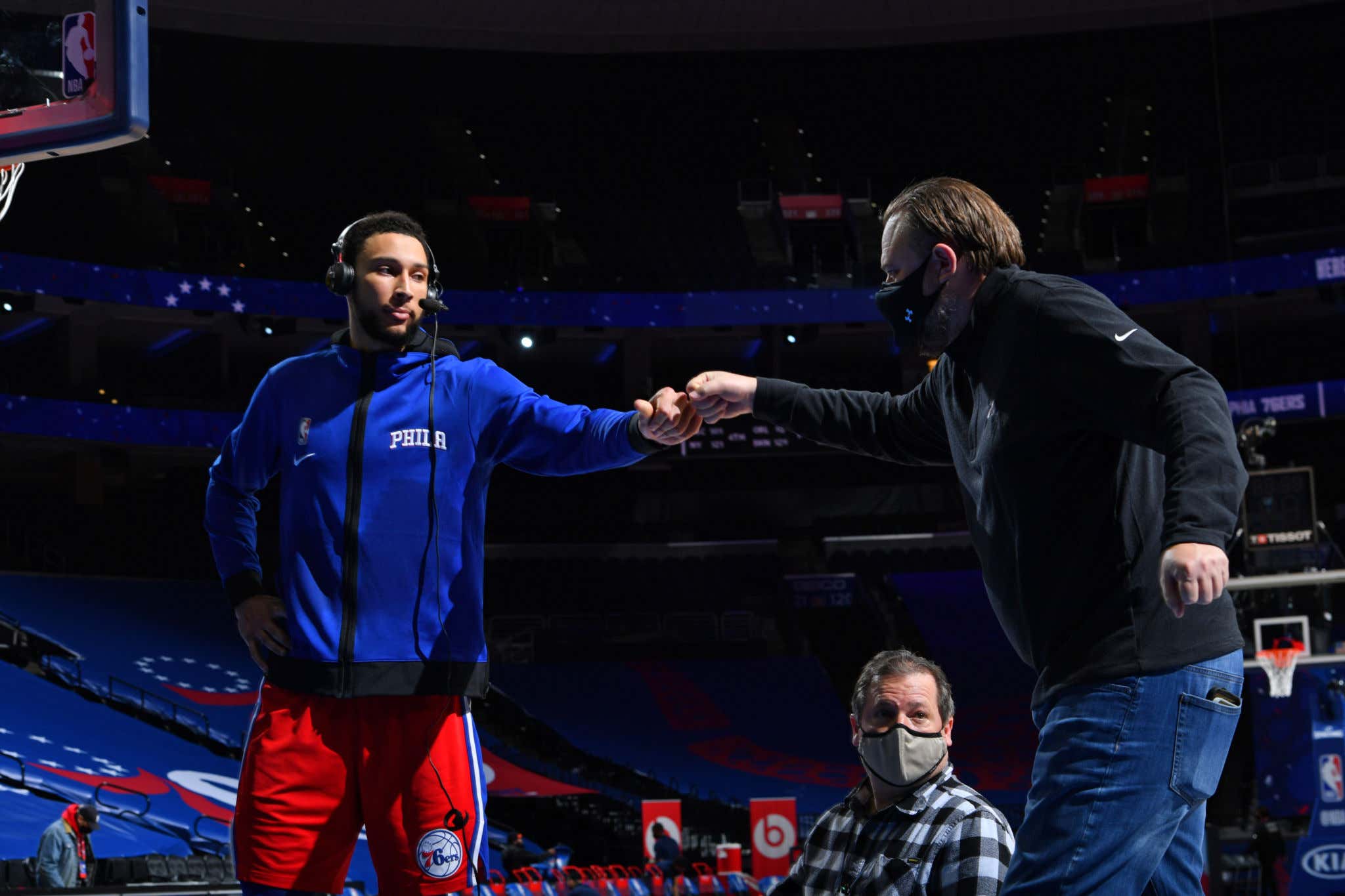 What, you thought this Ben Simmons situation was close to a resolution? You fool. Not only is that not the case, but it doesn't appear that things will be changing any time soon. That also doesn't mean that Simmons will have a change of heart and decide to play. Quite the opposite actually. Just today he skipped a workout and is now claiming he has a hurt back.

Rich Paul is simply playing his next card. The Sixers held out his money because he didn't show up. So now, Simmons shows up, but finds a way to get kicked out anyway, then claims an injured back so he can still get his checks. You knew it was only a matter of time before Klutch played that card and there it is.

I do wonder how much Morey is getting pressure from Adam Silver to not trade Simmons for role players. That sets a very dangerous precedent of a guy with 4 guaranteed years demanding out and getting what he wants. Owners don't want that. Where Morey lost me a little bit was he was referencing playoff odds and playoff success by having Ben Simmons on the roster. Which playoffs would those be exactly? It feels like having him on the roster is the exact thing that limits their playoff chances. Plus, did you see how good Tyrese Maxey looked last night? I feel like if you get decent role pieces for Simmons that can fit some areas of need, that should help you in the playoffs.

That quote about Embiid's prime is why this is so crazy to watch. He only has a limited window where he's going to be this completely dominant force. I give it 4-5 more years until he gets into his early 30s. Is it really getting the most out of his prime if you keep Simmons on the roster and don't play him for 4 years? That would be unlike anything we've ever seen. What star player can you think of gets the max and then doesn't play for essentially the entire thing? Is the hope here that eventually Simmons will just come around, because what signs have we seen that he's willing to do that. He's actively trying to do the exact opposite.

On one hand I commend Morey for not caving and sticking to his guns, but on the other hand I wonder how his view will change as the year goes on. It's one thing to beat a Zion-less Pelicans team. It's another to play the elite teams in the NBA without an All NBA defender like Simmons. So while I think at the moment he's holding out for that difference maker that might never come, I can't imagine him holding firm on this if it truly starts fucking up the Sixers season.