In his landmark 1776 work "The American Crisis," Thomas Paine wrote, "These are the times that try men's souls: The summer soldier and the sunshine patriot will, in this crisis, shrink from the service of his country; but he that stands by it now, deserves the love and thanks of man and woman."

And at 2-4, already two games behind Buffalo in the division and a bunch of teams for the Wild Card spots with 11 games to go, the current Patriots are in a crisis as well. At least by their standards, where a one-and-done in the playoffs is a disaster and 7-9 is a calamity. These Pats have long established that they measure themselves against themselves, and not any other franchises, whose Very Good is New England's Not Nearly Goddamned Good Enough.

And while Paine went out of his way to offer love and thanks to the man and woman who stand by the institution he held dear back in the day, the 2021 Patriots are merely taking a ration of shit six weeks into the season. Most importantly from some of the very people who built this empire. Yesterday I mentioned Julian Edelman on his new "Inside the NFL" gig ripping them a new one:

“[The Cowboys] go on the road, in Foxboro, a notoriously tough place to play. Right now, it’s not. ... The Patriots just aren’t the Patriots right now, and it hurts me to say this. They are not the Patriots. We are so used to seeing the last 20 years  — and I know there’s different players, and this, that, but there’s still a group of guys in there that know how they should play. They need to start playing mistake-free football. They’ve had a handful of plays this year where they if they would have went their way, if they would have taken care of the football, if they didn’t get two blocked punts — hasn’t been done since ’93 [in New England], if they would have not thrown an interception, if the linemen didn’t let the quarterback have guys running at him free … . I’m a little venting right now.”

But before him it was Ty Law on WEEI's Greg Hill Show expressing the same sentiments:

“I’m really upset about what’s going on,” Law said. “Because you don’t let people come in there and walk all over you, throw the ball like that anytime they want to. I mean, that’s shameful.

Law would like to see the entire defense rebuilt.

“Defense, they have to step up,” Law said. “I don’t know what’s gonna happen in this offseason. I can tell you right now, if I had a vote, we’d be going first, second, third, fourth, fifth, sixth round -- we’re getting all defensive guys and we’re gonna get some wide receivers and running back in free agency because something’s got to give with the defense.”

And before him, it was Rodney Harrison on with Merloni and Fauria after the Tampa game:

"I love those [linebackers] and have so much respect for those guys, but yeah, they are slow. When you start watching LaVonte David, you start watching Devin White move and blitz and move from sideline to sideline, it’s night and day difference. And that was the thing that really stood out to me. I’m like, ‘Look how fast and athletic Tampa Bay linebackers look.’ And the Patriots linebackers, the defense just looks slow. It’s always kind of looked like that, and it starts with those backers, man."

Now you might think this constitutes a breach of football etiquette. Former players dragging the the team that gave them success and fame is unheard of. Especially when the man who was in charge when they were there is still in charge now. This would be considered a shocking act of disloyalty and bulletin board fodder at any other franchise.

But like I've been saying all along, the Dynasty Patriots are not any other franchise.

That's three legends. As good a slot receiver, corner back and strong safety as they've ever had. With eight rings between them. So when they speak, everyone needs to listen. Bill Belichick helped make these guys champions, but he wants to get a good "motherfuck" from them when a "motherfuck" is warranted. He said so himself.

More to the point, he wants his players "motherfuck" because here it's "Men Who Can't Handle Being 'Motherfuck'ed Need Not Apply." That goes for members of the Three Ring Club, like Devin McCourty when his defense needs to step up, and Dont'a Hightower when his linebacking corps looks slow. Sacred cows make the best hamburger.

So for sure it goes for all the younger and newer guys. Especially for them. They have to be made to know what came before them. The high ideals that were established when Ty Law was getting a Super Bowl Pick-6 when they were in diapers, that they must live up to. This isn't like when Dennis Reynolds went back to Alpha Omega Alpha, just to find out no one knows who he is and they're all just savages and idiots who have no respect for him:

These three men are legacies. The members of an ancient and honorable benevolent order who have a lifetime keypass into the club that will never be rescinded. Think some secret society that was established by men of great renown who shaped society and whose proud tradition must be upheld.

And I firmly believe these comments will do good for the current team. For the young pledges hoping to make it into the fraternity to know that with this opportunity comes great expectations. Men like Mac Jones, Christian Barmore, Josh Uche, Kyle Dugger, Chase Winovich, Jakobi Meyers. They need to hear how 2-4 is unacceptable and just being good will never be good enough. That's how you make your legacy live on and the Dynasty you built and sustained live on.

So yes, this does belong on the bulletin board. To inspire, but in a good way. And the best way to get the negativity from the Pats of the past to stop is to start winning and never stop. So thanks to these greats for setting that bar so high. 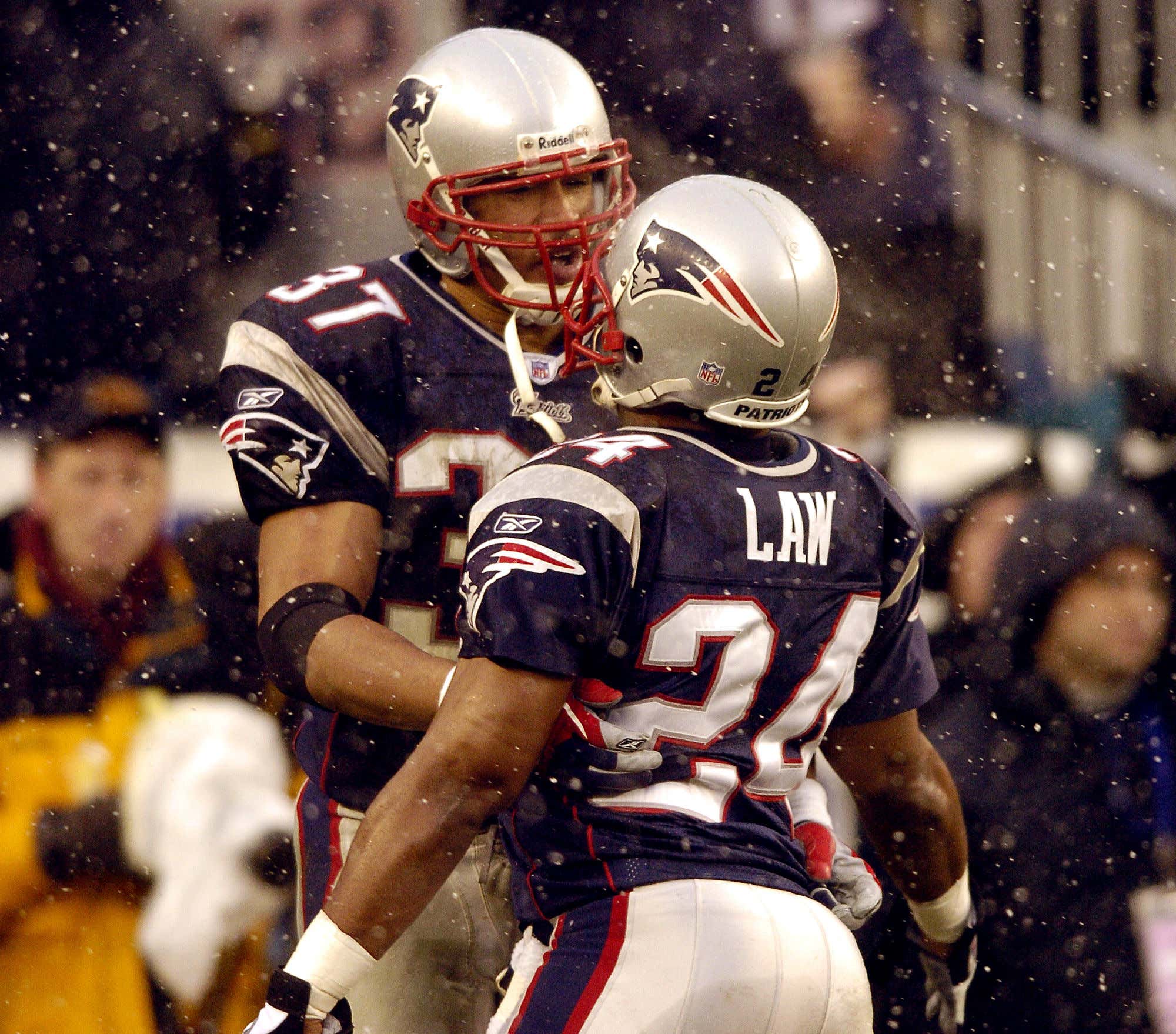