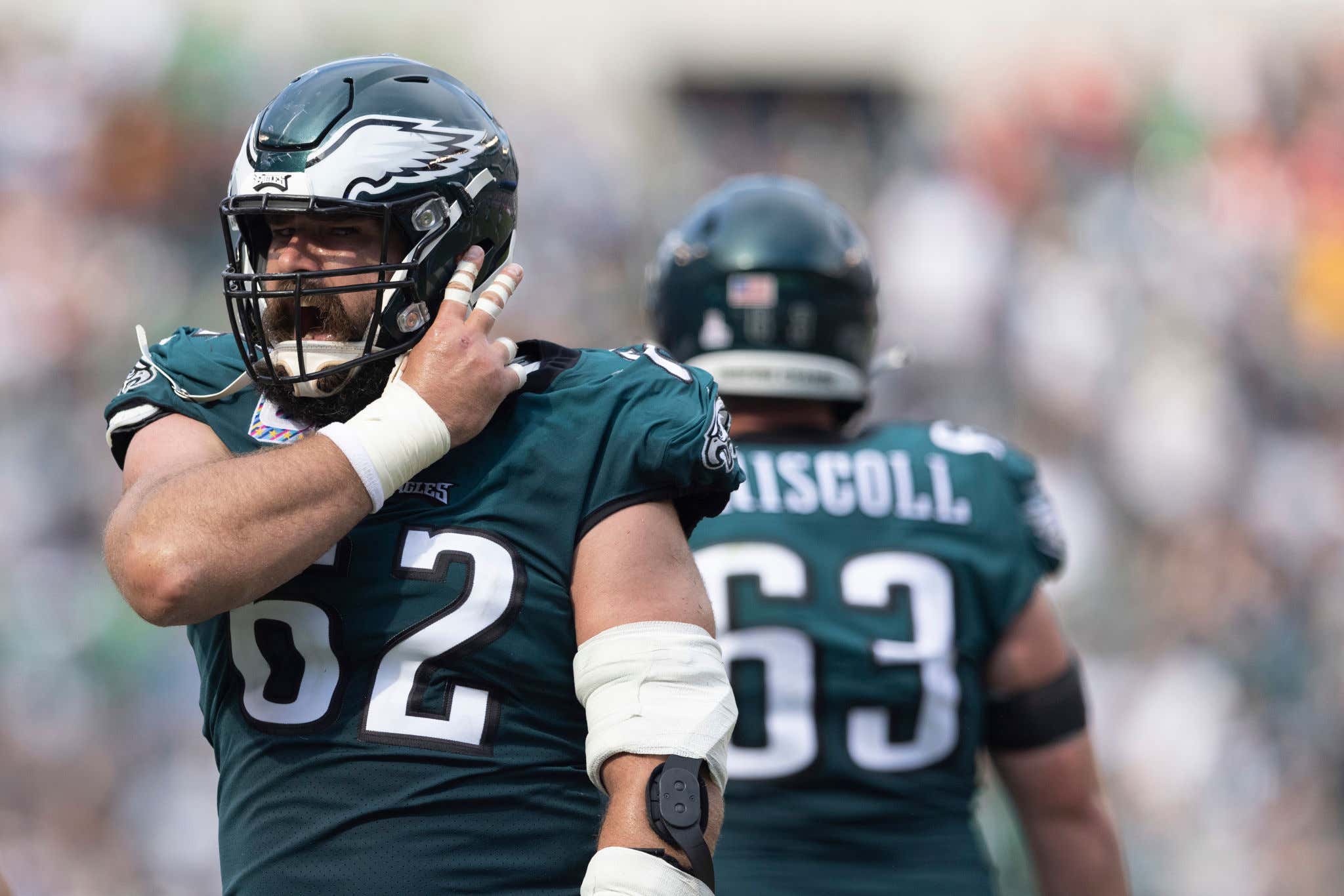 "Just play better, man. This city will love you"

We've seen Joel Embiid start to crack a little bit and not hold back as much when talking about Ben. Doc Rivers is still dancing around the issue a little bit. Matisse Thybulle is way too sweet to ever say a mean thing about anybody. The Phillies are a disgrace and not in season, so nobody wants to hear from them. And I doubt the Flyers even know anything that is going on with the Sixers right now anyway.

So the majority of people who are really pouring it on Ben Simmons right now are the fans and the media. And even though I think the national perception on this story is that Ben Simmons is being a baby back bitch and it's not just Philly fans being classic angry Philly fans, that all still plays into the narrative a little bit. So for Jason Kelce to come out and be the current athlete bully liaison for the fans? Well that just makes Kelce an even bigger legend in this city.

Very few athletes have embraced the city harder than Jason Kelce. He works hard, he plays his dick off, he's brought a championship to the city, and he spends his summers working shifts behind the bar at The OD. Jason Kelce is as much of a Philly fan as he is a Philly athlete. So if anybody down there at the sports complex has the right to step up and call Ben Simmons out for what he's pulling, it's 62.

It's not that difficult to get, but somehow there are just so many athletes who have come through this city (especially recently) who don't get it. Jason Kelce does. Joel Embiid does. Bryce Harper does. Claude Giroux always catches heat for not having a ton of 5v5 offensive production but he gets it, too. Either way, I think it would be a great idea for all 4 Philly teams to bring in Jason Kelce to talk to their rookies every year about what it means to play in Philly and what the fans expect. Kind of like a scared straight type of thing.