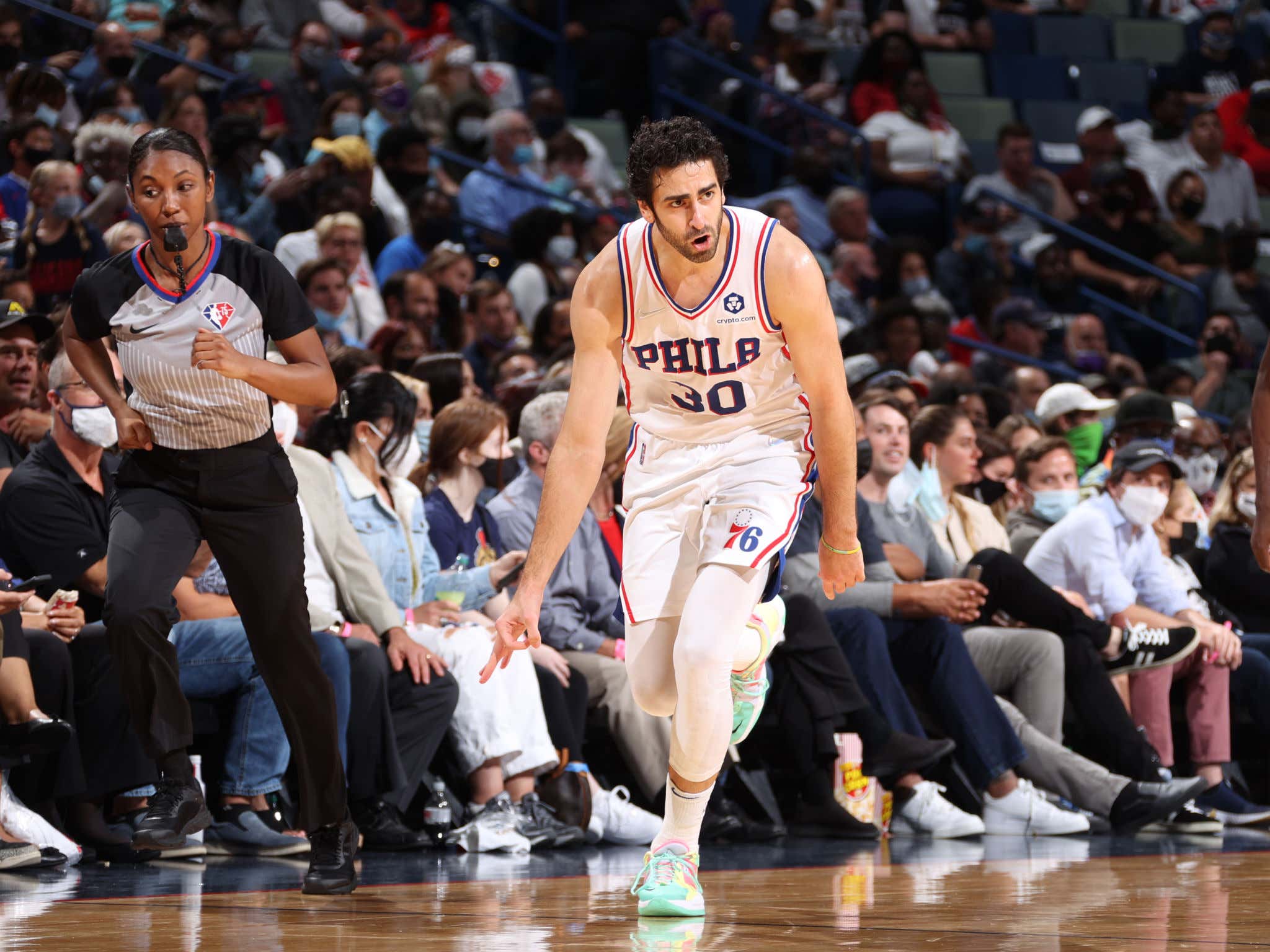 Are we in the circle of trust here? Is this a safe space? Because I have to admit something….

I've never been a big Furkan Korkmaz guy. I think most of what it had to do with is his shoes. The shoes are fine when Korkmaz is hot. But he also has the ability to get ice cold, in which case the preposterously colored footwear seems a little fucked up.

But then something magical happened. No, it wasn't the four 3's that Korkmaz splashed in the 4th quarter last night.

It was the release of this feature film right here.

You can't watch that video and tell me that's not a bad man who is ready to take the league by the balls. A man who saw the atrocity committed by Ben Simmons to end the season last year and has decided to take matters in his own hands. You think Furkan Korkmaz would ever pass the pill that close to the rim? Think again, cowboy. He's lighting the rim on fire and jamming that shit right down your throat.

It's got the same vibes as if Rocky IV were directed by the Coen Brothers and Quentin Tarantino. One simply does not put out a video like this and then not immediately become one of the most dangerous shooters in the league.

Meanwhile, Ben Simmons just remains to be a dangerous shooter in Call of Duty and eating meat pies in his gaming room. We can only imagine how violently he launched his controller at the wall last night when he saw the Sixers win by 20 without him. Obviously he doesn't care about nor does he respect the Sixers organization. We've seen time and time again that the man lacks honor, character, and integrity. But if somewhere deep down within Ben Simmons lies at least a shred of a decent human being, he'll care about and respect Furkan Korkmaz. And if he's just going to be pissing away his salary in fines and suspensions anyway, the least he could do is just sign it all over to one man and one man only.