"The story is a prequel to the games, starring Holland as a younger Drake, showing us details of how he came to meet and befriend Sully."

For those of you that haven't played the Uncharted video games before, they're blast. Nathan Drake is one of the coolest adventurers ever (and has one of the best adventurer names ever), and he's basically an Indiana Jones-type protagonists. He gets his ass-beat, he falls, stumbles, messes up etc. It's great, he's just like us! The quality of the character lends itself so well to the cinematic experience already, and having a veteran star like Mark and a rising star like Tom Holland means nothing can go wrong, right?

Well, let me introduce you to the video game curse: 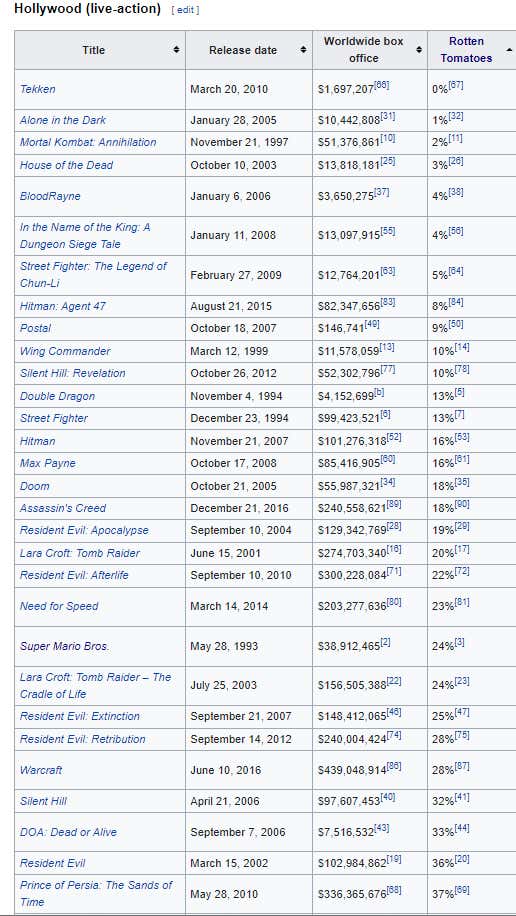 Movies based on video games have historically been quite bad. And to be clear, based on games. So we're not talking 'Ready Player One' or "Free Guy'. Beyond the tidal wave of shit you're looking at, there have also been plenty of aggressively below average movies too. In my opinion, the best attempt so far has been 'Detective Pikachu'.

And that brings us to the curse. There has never been a great video game movie. And after watching this trailer, I just don't think that this movie is going to be the one to break that curse. Partially because of the corny dialogue they had on display and partially because it just looked a little bit like an overly CGI'd mess. I think that adventure movies, especially ones of this quality, look so much better on location and done practical. That's not to say that Nathan Drake hasn't done some insane, death-defying stunts throughout the course of the video games, but for the sake of the movie I just don't love that optic. Plus, there's this…

Woof. I'm hoping it turns out good because I love cinematic games like Uncharted, Nathan Drake and I WANT there to be a good video game movie. But this isn't promising so far. HOWEVER, that doesn't mean that this movie can't still kick ass and be a good popcorn movie that is good for what it is. The Fast and Furious effect, so to speak.