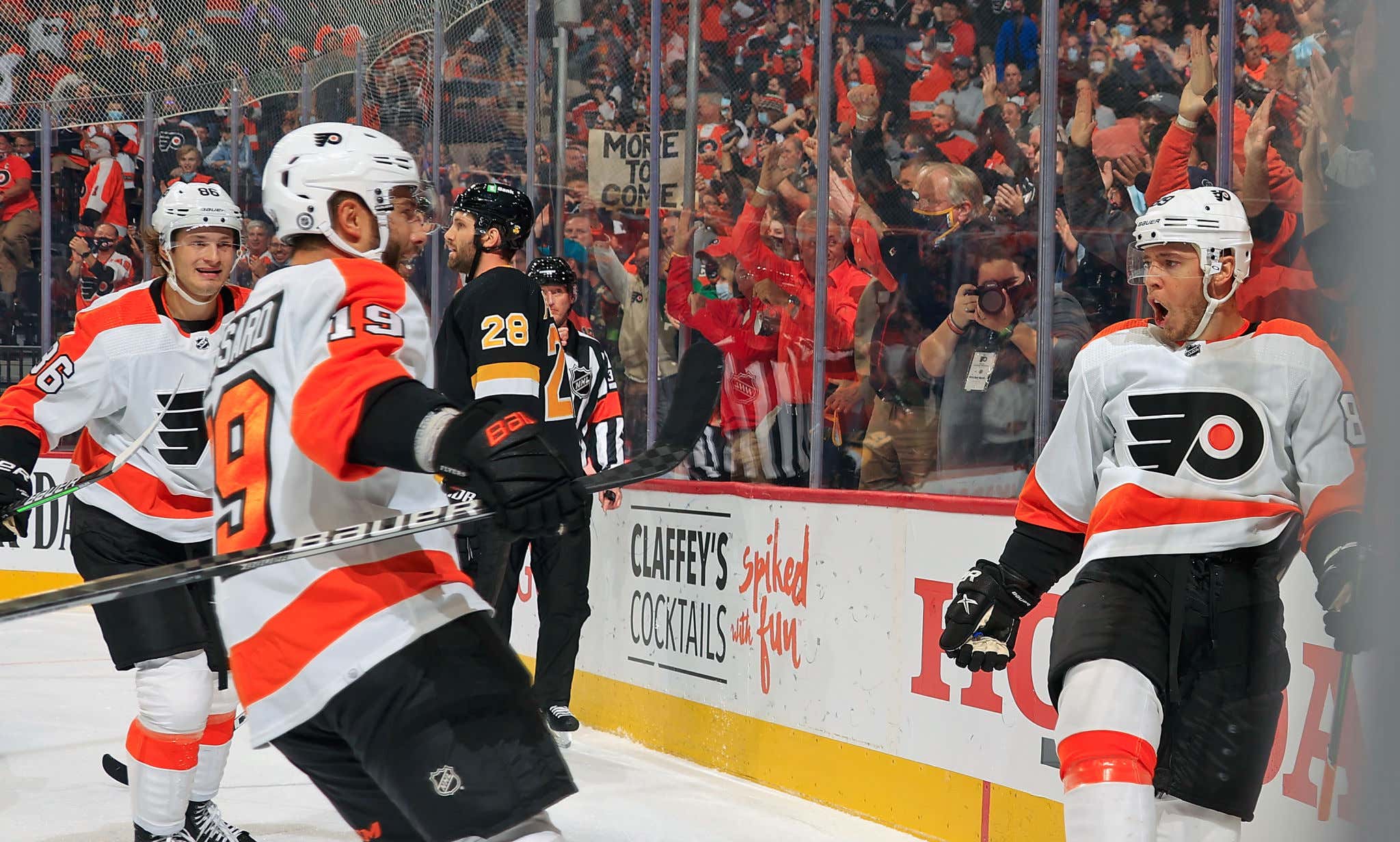 Dread it, run from it, destiny arrives all the same. And now, there are 31 teams in the league who are destined to get the their bare butt, back, and balls spanked by the Philadelphia Flyers men's professional hockey team. It's nothing personal, it's purely because. Because the Philadelphia Flyers are in the business of being totally fucking loaded and showing no mercy.

The vision of Yandle to see that bank pass was open is outrageous. Just a sick, sick play. But even if that pass didn't fully work out, it was still the right decision to make. He didn't try to force a perfect breakout pass that got intercepted in the neutral zone and then would send Boston on an oddman rush. He didn't try to just skate it himself and get stripped. He moved the puck up ice to a location where he knew the Flyers wouldn't be in any imminent danger if the play didn't work out.

Then you've got James vanRiemsdyk. He doesn't try to make the perfect drop pass to Lindblom in the slot. He just puts the puck on net, hopes for a rebound, and turns out it ends up right on the tape of Scott Laughton who buries it home. It was a great play from start to finish, but at no point did anybody try to force a perfect play.

You can win some games here and there when everybody is connecting on perfect plays. But you're going to win a helluva lot more games if you just make the right ones. The smart ones. The shooting on a 2v1 because every goalie in hockey has just become so accustomed to the puck carrier forcing a last-second pass to the backdoor.

This team has skill, sure. But mostly what they have is a motor, young legs, veteran leadership, and hopefully a goalie who has his head screwed on tight this season. Oh, and they also get to add Kevin Hayes back to the lineup at some point. So yeah, no apologies on my end for thinking that this team has the potential to go deeeeeep into the spring. I just hope the fellas find a lighter jacket to hand out to the player of the game when they're playing in June.

Awesome jacket, just might get a little steamy in there by the Eastern Conference Finals.

P.S. - Hope all the analytic dorks realize that they don't have metrics to explain what Rasmus Ristolainen brings to this team.

Obliterates Charlie Coyle in the corner. Coyle gets pissed off and takes a penalty 5 seconds later. The Flyers score on the ensuing powerplay. Advanced analytics ain't shit. Ristolainen is going to give this team the edge back they've had dulled down years.