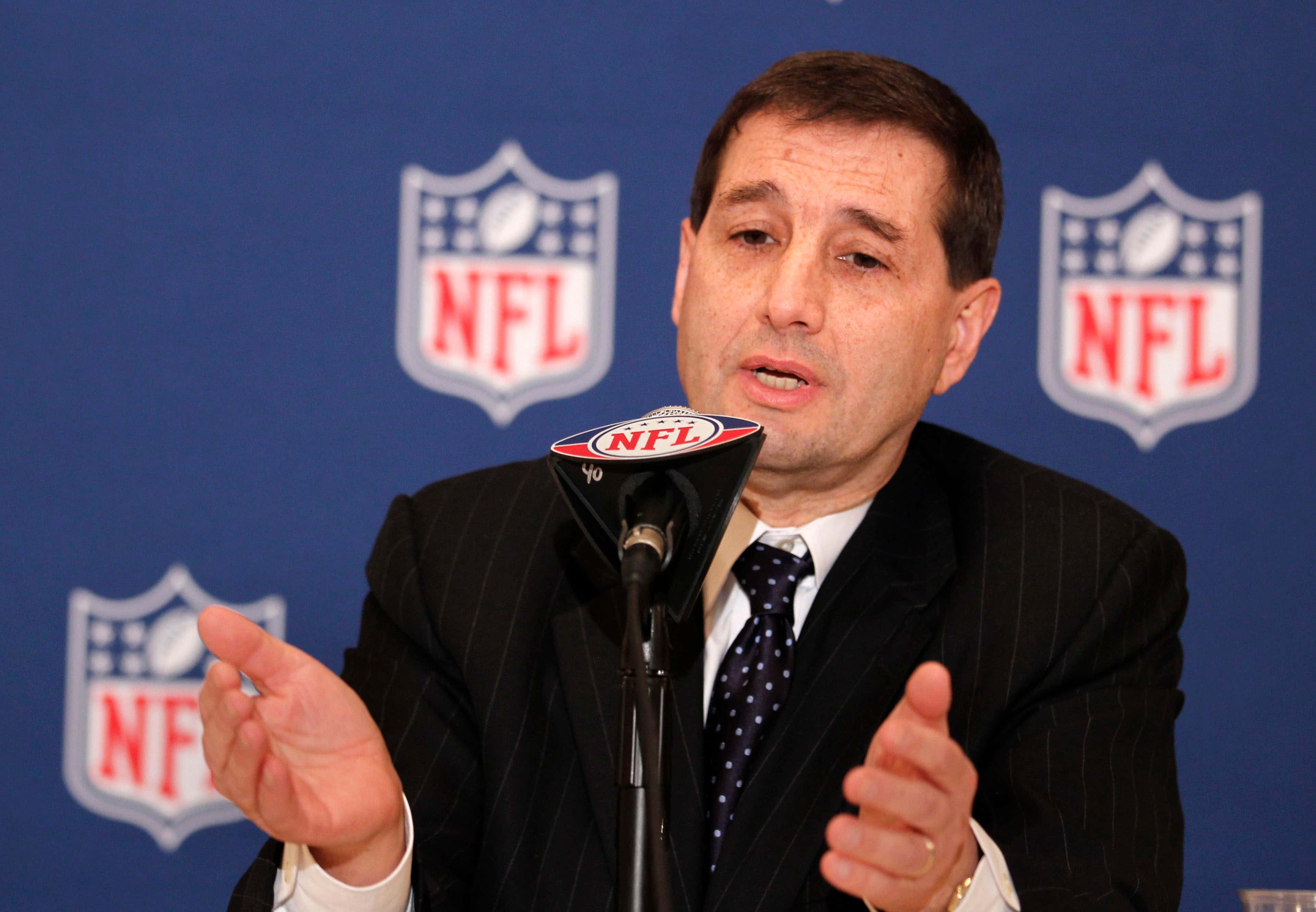 Last week the layers of the batter-fried Bloomin' Onion that is the Washington Football Team email situation that already claimed the career of Jon Gruden got picked at a little deeper. That's when we found that Attorney Jeff Pash, counsel to the NFL and one the chief lieutenants in Roger Goodell's crime family, appeared in a lot of those messages.

We just weren't sure how deep his involvement went. Until now. And the answer is wicked fricking deep. Marianas Trench deep.

Source - Per a source with knowledge of the situation, the 650,000 emails sent to or by former Washington Football Team president Bruce Allen includes more than 1,000 emails exchanged with NFL general counsel Jeff Pash.

The NFL did not confirm or deny the number, but pointed out that 1,000 emails over 10 years would work out to roughly two per week. …

Although none of the emails Pash sent to Allen contain the kind of blatantly offensive content seen in the Gruden emails, there are more subtle concerns arising from Pash’s flippant remarks about the wall on the Mexican border, Allen’s effort to reduce a player’s salary (Pash called it “the Lord’s work), and commentary on whether players exercise their right to vote (Allen guessed it’s one percent, and Pash said “maybe even take the under“). The emails also raise competitive concerns regarding possible favoritism to the Washington Football Team (if so, it didn’t help much).

Obviously, there are many more emails between Pash and Allen than those that have been leaked. All should be released and reviewed. And, yes, it would be very appropriate at this point to explore the text messages between Allen and Pash. As noted last night, text messages were not reviewed as part of the investigation.

Not just 1,000 emails, but emails between Pash and Bruce Allen, who was sending salacious, surreptitiously obtained and probably illegal bewb shots of his team's cheerleaders taken while they were doing a photo shoot for the team's calendar. We don't know for sure whether Pash was on the receiving end of those photos. But we don't know if he wasn't, either. Or how many times he might have been CC'ed in the chain between Allen and Gruden that destroyed Gruden's career.

All we know for sure is that this upstanding member of the bar was emailing this one executive of this one team one hell of a lot. Especially when he is paid by all the teams to represent them equally. But he clearly showed favoritism to Washington, with one hand, while using the other to destroy the Patriots and Tom Brady by editing the Wells Report, then hiding behind attorney/client privilege when asked about it, like a fucking coward. All the while being protected by Ginger Satan as if he's purer than Caesar's wife.

So I'm with Pro Football Talk. And with Goodell. At least the Goodell who, any time he's caught covering up some salacious, damaging bullshit his league is involved in, uses all his buzzwords like "transparency." Let's see all the emails. And the texts. Since not handing over his phone is what did Brady in, let's get a look at all of Pash's communications with Allen. For the (another big Goodell buzzword) "integrity" of the game. In fact, let's use Der Kommissar's favorite disingenuous cliche' and say we need to learn all the facts and put them out there, because our fans deserve to know the truth.

But I won't be holding my breath. I've seen this enough to know that there won't be a multimillion dollar, months-long investigation into this one. As a matter of fact, I fully expect that another phony baloney fake scandal is going to be invented just to distract from this one. And without knowing what it's going to be, let me just prepare you all to say goodbye to the Patriots 2022 first round pick.