It couldn’t be more appropriate than when it comes to the odd relationship between the greatest living competitor on the planet, and one of the scummiest sports reporters ever to hold a microphone.

In case you're wondering why Jim Gray's not worthy of being Tom Brady's BFF, go-to guy to tell his side of things, and decade long Sirius XM Sports Show interviewer, here's a couple reminders-

Sabotaging Pete Rose at the 1999 All Star Game

So for those that don't know, Tom Brady has been going on Jim Gray's show in the middle of the week, every week during football season for years and years now. Sometimes he comes on during the offseason too. They have a really authentic amicable relationship too. You can tell they're friends. Tom opens up to him about everything from how he feels the play calling went in that past week's game, to what is going on in school for his son Jack.

All that said, what a low fucking blow this was to Bears fans this morning.

The body isn't even cold yet and you're still kicking it. For crying out loud Tom. Have a heart. 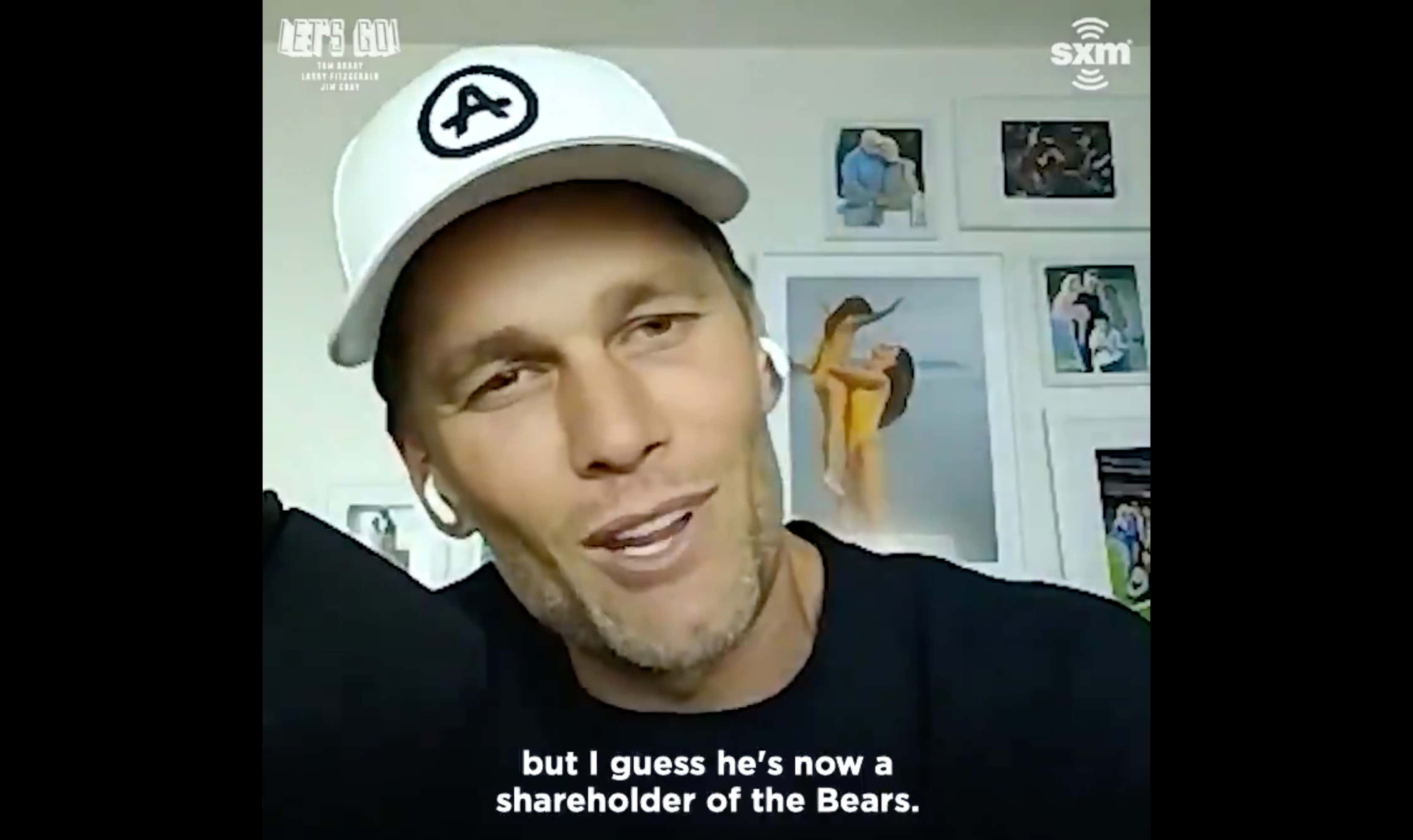 The joke that Packers fans were "owners/shareholders" is now being flipped into their QB owning equity in the Bears.

Hearing it from mouth breathers from northern Wisconsin or the die-hards from New York City and Texas is one thing. You can shrug those barbs off.

But when the greatest to ever do it piles on that's the epitome of salt in the wound.

Bears fans have shown up for over 30 years to watch a terrible team, coached by terrible coaches, run by terrible gms, owned by some of the worst ownership in all of professional sports. EVER.

Sure they complain about it, but they don't give up their season tickets, they don't protest going to games, they still show up, week after week. They still buy the jerseys, they still tailgate their asses off, and they still sit in the nosebleeds of a stadium on the banks of Lake Michigan in -15 degree January weather. They are loyal to a fault.

And ALL they want is a good team. Literally that's all they want. Just one season too. They're not hard to please. They don't beg for or expect a dynasty like New England. A simple 12-5 season with an NFC championship game, or title, would send these poor bastards over the moon. That small glimmer of hope, that tiny crumb of success, would buy the McCaskey's another 30 years of ineptitude.

I ask that everybody, especially Tom Brady, please lay off the Bears. For their fans' sake. Be the bigger person, take the high road, and show some compassion.