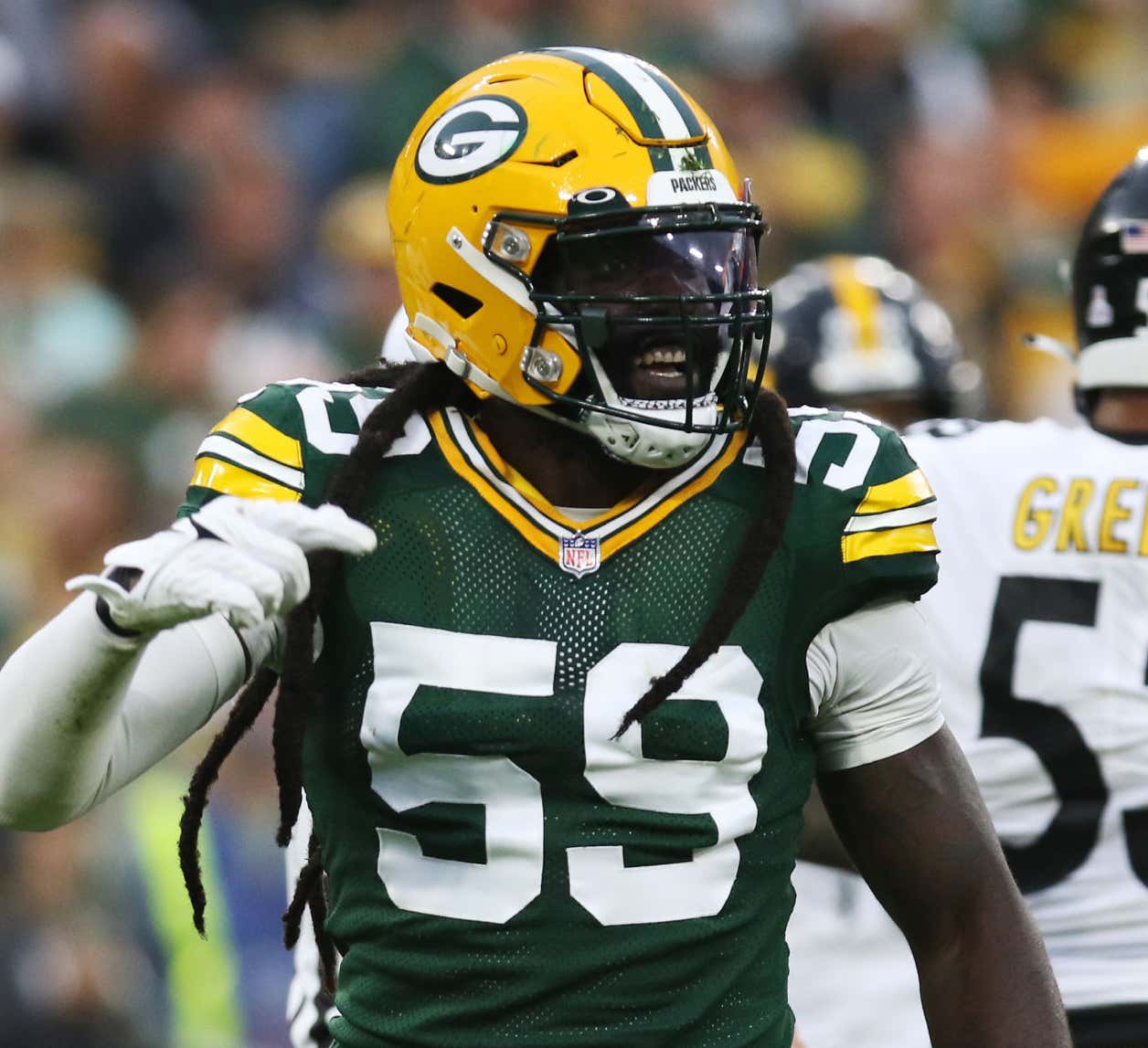 Over the course of the last two decades, inside linebacker has been a position the Packers have tried to solve constantly with minimal to no success. Actually just kidding, in the last 14 years they've used exactly one selection inside the top 130 picks of the draft to address the position: Oren Burks (88). Basically they took A.J. Hawk in 2006 and said yeah that's it boys we should be all set, we'll just find someone in the middle to late part of the draft and be fine. You had Blake Martinez for a bit who really just liked to be the guy who racked up tackles once a guy broke free into the second level. His numbers really were more deceiving than productive in his time in Green Bay. And that's just about it. Complete mediocrity year in and year out which has really hurt the defense.

Entering this season the Pack were looking at guys like Krys Barnes, Oren Burks, and Kamal Martin (who eventually got cut) to really step up. Not exactly a ray of sunshine and hope if you ask me. Well, out of nowhere a journeyman who was out of a job has come down from the heavens to become a star.

Enter De'Vondre Campbell. Through six weeks of this NFL season Campbell is rated number 1, as in the best, according to PFF for inside linebackers with an overall grade of 84.7. Not on the Packers, I'm talking the entire NFL. Here's Rodgers talking about how in the world this dude was on the streets.

Here's a rundown from Packerswire on just how good this dude has been for the green and gold.

Over 363 snaps, Campbell has produced 19 total stops (fifth-most among linebackers), missed only 3.7 percent of his tackle attempts (fifth-best) and allowed only 5.5 yards per reception into his coverage (fourth-best).

His work in coverage has been excellent. He has two interceptions, but he’s also been elite at limiting production. Quarterbacks have targeted him 33 times in coverage but produced just 126 passing yards. which equates to roughly 3.8 yards per target. And he hasn’t allowed a completion over 11 yards against his coverage. Overall, Campbell has the third-best coverage grade and third-best run defense grade among inside linebackers this season.

Insane. Still a relative small sample size? Sure, but the impact he's had on this defense through six weeks has been enormous.

Considering all the injuries this team is dealing with right now headlined by Jaire and Z, what De'Vondre has provided to this team so far has been invaluable. The man is hungry and wants to earn himself a nice deal. You're seeing it happen it front of you and it's awesome. Keep it up because when this team does get healthy they could be terrifying on both sides of the ball for the first time in a while.