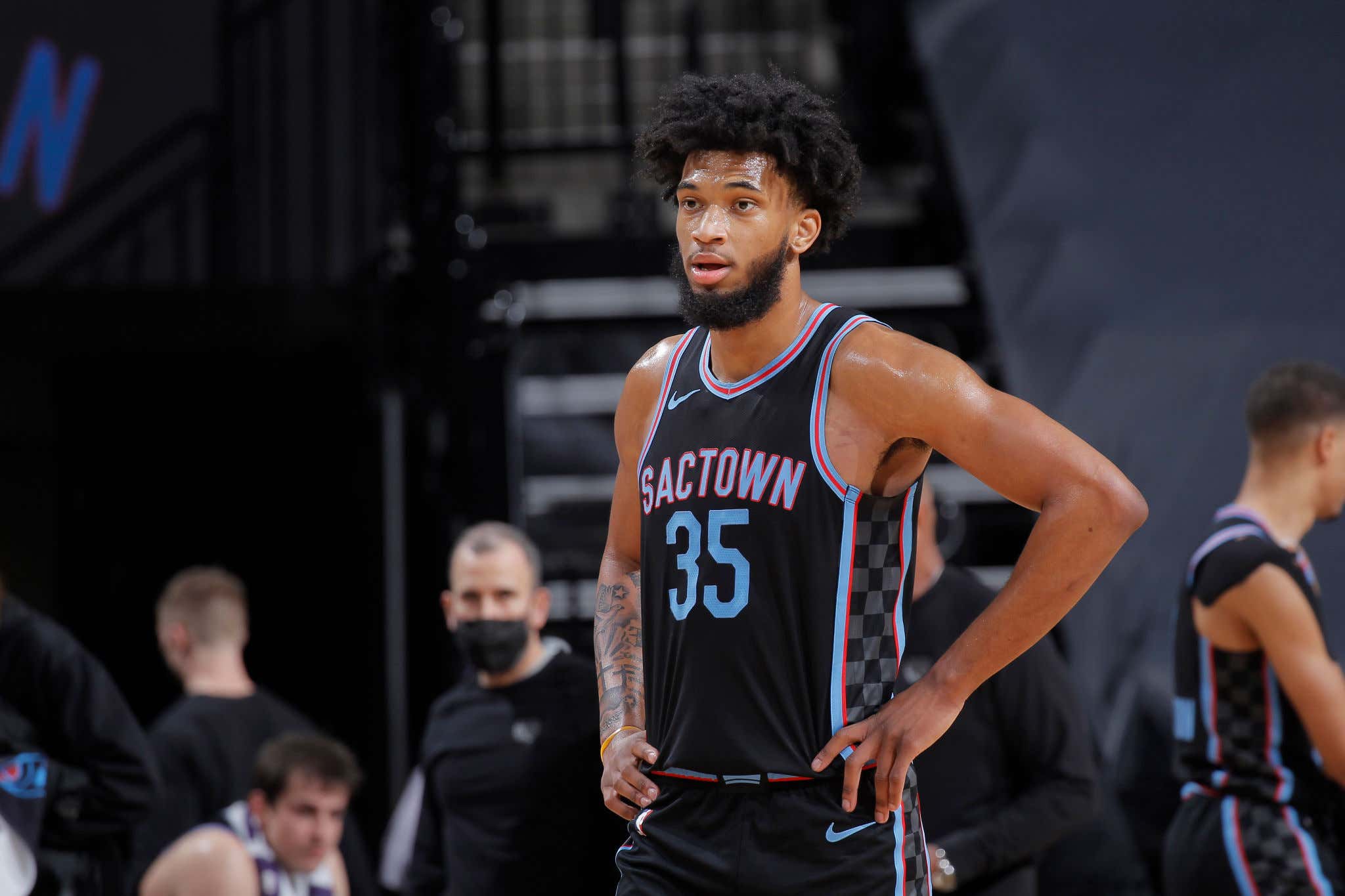 You'll never believe this but there's some dysfunction going on in Sacramento! Well maybe that's not entirely fair because there's also a lot of excitement and hope around the De'Aaron Fox/Tyrese Haliburton/Davion Mitchell trio. Rachaun Holmes is a legit big too so it's not all bad. But make no mistake, there's definitely a level of dysfunction when it comes to Marvin Bagley. You may remember back in January when Bagley's Dad took to Twitter and begged the team to trade his son

They ultimately decided to not move any player on the roster at the trade deadline only to once again go back in the lottery. Then the offseason came and everyone was reportedly for sale, only for them to once again not trade Marvin Bagley. Now maybe you're saying to yourself that this makes sense. He's a #2 pick! Why would they trade a player like that? Good question. The thing that makes it tough is they refuse to play Marvin Bagley. It got to the point where yesterday it was clear his side has had enough and his agent Jeff Schwartz went scorched earth

So for those keeping score at home, the Kings refused to trade Bagley at the deadline, then once again refused to trade him in the offseason, only to then tell him he's now no longer in the rotation at all. Makes sense! That last line is the good stuff too. Jeff Schwartz is a big time agent who I would imagine has some power within the league. His client list includes guys like Khris Middleton, Kemba Walker, Nikola Jokic, Blake Griffin, CJ McColum, Kevin Love, Brandon Ingram, Jamal Murray, John Collins, Harrison Barnes, Cade Cunningham, Tyler Herro, etc. This isn't some sort of nobody agent who is maybe looking to make a name for himself. I don't think anyone would disagree that for a long time the Kings have had no goddamn idea what they are doing when it comes to running their basketball team. I also wouldn't exactly trust the evaluation ability of Luke Walton given how that tenure has gone.

At the same time, the tough part about Bagley is how much of his early career struggles are due to being on the Kings, and how much of it might be because he actually stinks? It's hard to gauge really. He's so young I think it's fair to suggest he's not a finished product yet. Defensively he's been pretty brutal which is on him, but if the Kings think he stinks enough to the point where they refuse to play him, why keep him? Shit, if someone is willing to give you anything for a player you do not want to play, isn't that a good thing? I simply refuse to believe both Tristan Thompson and Alex Len are better center options than Bagley. I've watched both of those dudes play basketball. Bagley still gives you an efficient 14/7. He even showed progress as an outside shooting coming in at 34% last year. Something must have happened to go from starting 42 games in 2020-21 to not even being in the rotation in 2021-22. It's so Kings.

To me this feels like a prime example of a guy that once he eventually does find a new situation, he'll look a lot better. It certainly wouldn't be the first time this happened in the league where a guy left a franchise that can't figure their shit out and then blossomed with a new team. That happens all the time. He's only 22! What I'm curious about is whether or not they offer him a qualifying offer which would make him a RFA simply out of spite for pulling a move like thi. That way they can take this to a whole new level and match any offer he could get next summer so he'll be locked in with this team even longer. That would be dumb, but again, this is the Kings we're talking about.

The lesson here? Don't pass on Luka. Or Trae Young. Or Jaren Jackson Jr. Simple as that. Can you imagine how different Luka's career might be if the Kings didn't take Bagley instead? Talk about dodging a bullet. Now Luka is on a path to becoming an all time great and Bagley can't even crack the rotation. For a Kings team that's once again trying to end their 15 year playoff drought, stuff like this isn't exactly what you want heading into the season. Then again, I'm pretty sure after Walton sees an extended run of Thompson/Len minutes he'll realize that maybe he should play the young promising 22 year old instead.