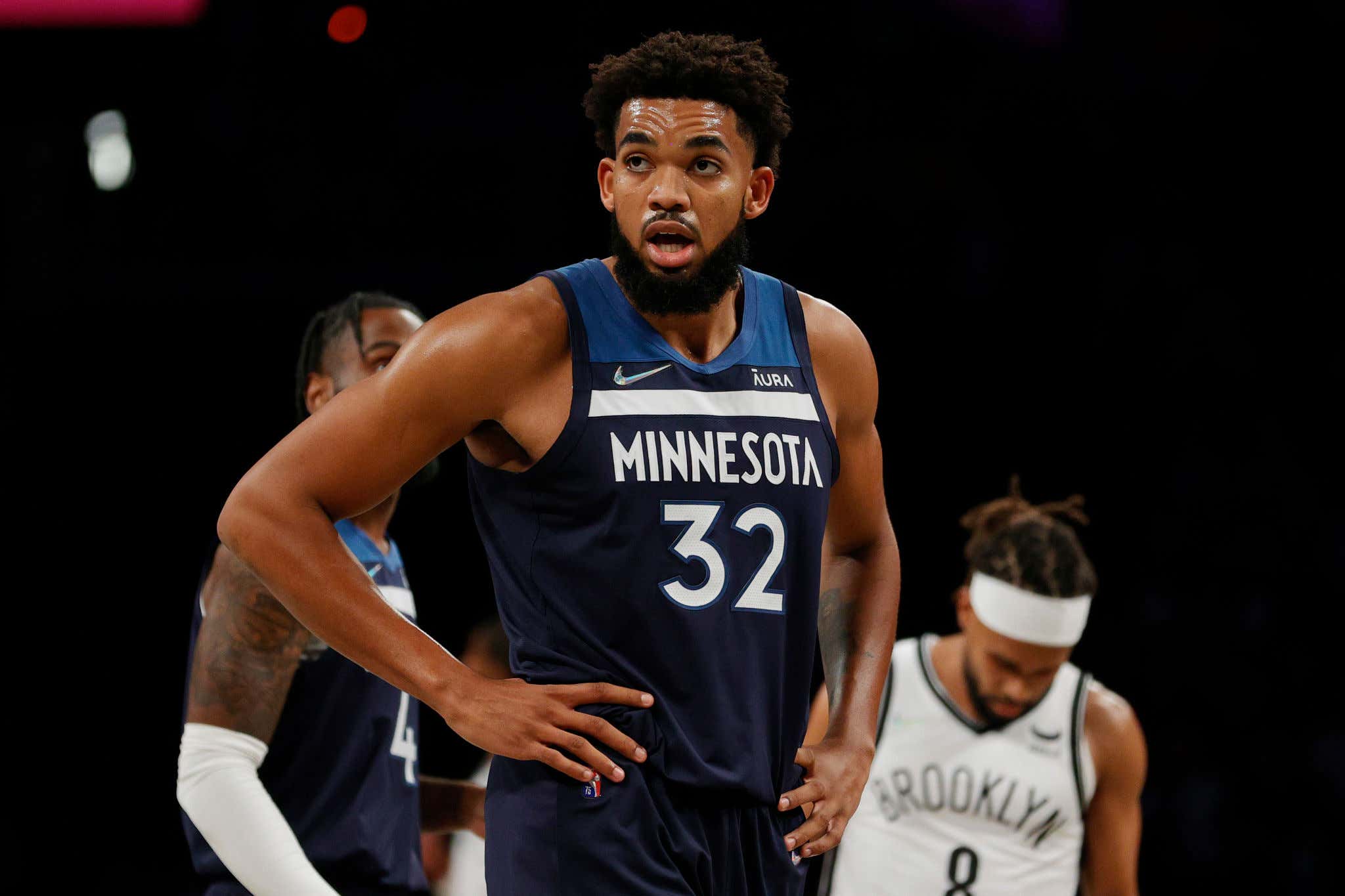 Take it down a notch, Karl my Lord. I love the intensity but reel it in. Now I know professional athletes are wired differently and they'll do whatever it takes to get fired up. That said, watching gorillas fighting to the death seems extreme. Maybe I'm soft, I don't know. I don't want to watch animals die - except for snakes and spiders. Fuck those things.

I feel for KAT. The man is stuck in Minnesota, which is brutal. He's on his fourth head coach. He had to deal with the death of Flip Saunders. He's been on a bad basketball team all but one year in his pro career. The guy needs to be traded to a stable franchise that's close to home. He belongs in Madison Square Garden with the Knicks. Add in the craziness of watching gorillas fighting to the death and we're really cooking with a fan favorite here. Just make it happen already. I don't care if it's a three-team trade that gets Ben Simmons to Minnesota. Just get my guy KAT out of there already.

That said, the second portion of this quote? Well that'll get you jacked up.

Gotta be careful though, KAT. Get a little too jacked up and next thing you know you're in a rumble with Joel Embiid again.

Here I thought maybe eating the same food, taking a pregame shit and listening to the same 10ish songs did the trick. Nope. In order to be a starter in the NBA, you gotta step shit up. You gotta watch animals fight to the death.