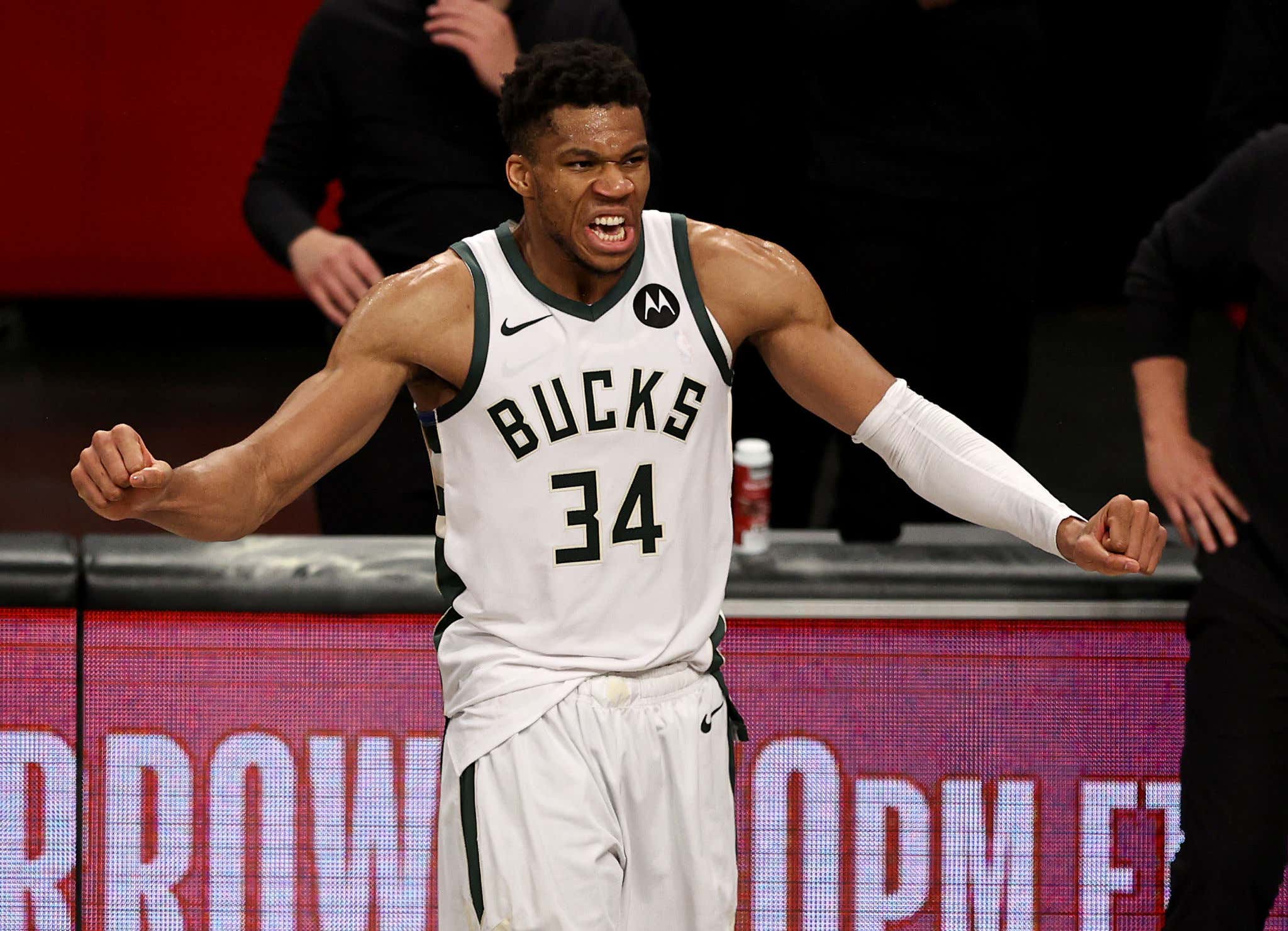 Big night tonight in Milwaukee. Not only is it the start of the NBA season, but it's Ring Night for the Bucks. Few things are better to watch as a fan than your favorite team getting their championship ring. I remember it like it was yesterday when I watched the Celts get theirs. Paul Pierce cried. I cried. I was amazing. I'm sure there will be tons of emotion tonight for both the players and their fans. You wait 40+ years for a title that's bound to happen and it's well deserved.

But seeing as how I do not root for the Bucks, I don't really care about that stuff. I'm happy for those fans, but I care more about the drama. The NBA knew what they were doing when they chose BKN/MIL for the opener. Not just because that was an awesome series last year and both teams are loaded with stars. It's deeper than that. Just think back to the famous Giannis postgame presser

Who do we think he was talking about? I'm sure you can guess. Not only that, remember that he and James Harden have a longstanding beef. It's been that way for years. Well guess who has to watch Giannis get his ring first tonight? James Harden. We know the NBA is one of the most petty leagues out there. You don't think Giannis is loving the fact that he gets to collect his ring right in James Harden's and the Nets' face? The guy who took the easy way out for a ring and still didn't get it? Not bad for a guy with no skill who just runs and dunks.

This is the exact type of drama that you want to kick your season off with. Things wouldn't have been the same if the Bucks were playing Magic or some shit. So while it's awesome that the two best teams in the East will kick us off, it's even better when you realize that Giannis shit all over their superteam plan and gets to rub this shit right in Harden's face. He'll never say it publicly because he's Giannis, but you know they're talking about that in the locker room. I cannot wait to see what Giannis does if there's a play where he dunks on Harden or something along those lines. Troll that man with a ring celebration or something. We know Giannis talks shit on the court, remember this?

I need Giannis to point at his ring finger right in Harden's face or something along those lines. Embrace it. You're the champs. You're allowed to talk all the shit you want until someone knocks you off, that's how things work.

There's of course the narrative out there that the Bucks don't win that series if Harden is healthy, even without Kyrie. You don't think Giannis has heard that? So not only is this a statement opportunity for Giannis and the Bucks, but it's one of the rare times that a small market team can shove it right in the face of a big market superteam….again. That doesn't happen all too often, so I can't wait to see it.

While it's just Game 1, you know it means more to both sides. It'd be impossible not to. The Nets probably won't care about too many regular season games, but there's no doubt in my mind they have the Bucks circled. Giannis made a mockery of their whole plan and won a title while doing it. If that doesn't fire you up, what the hell will?