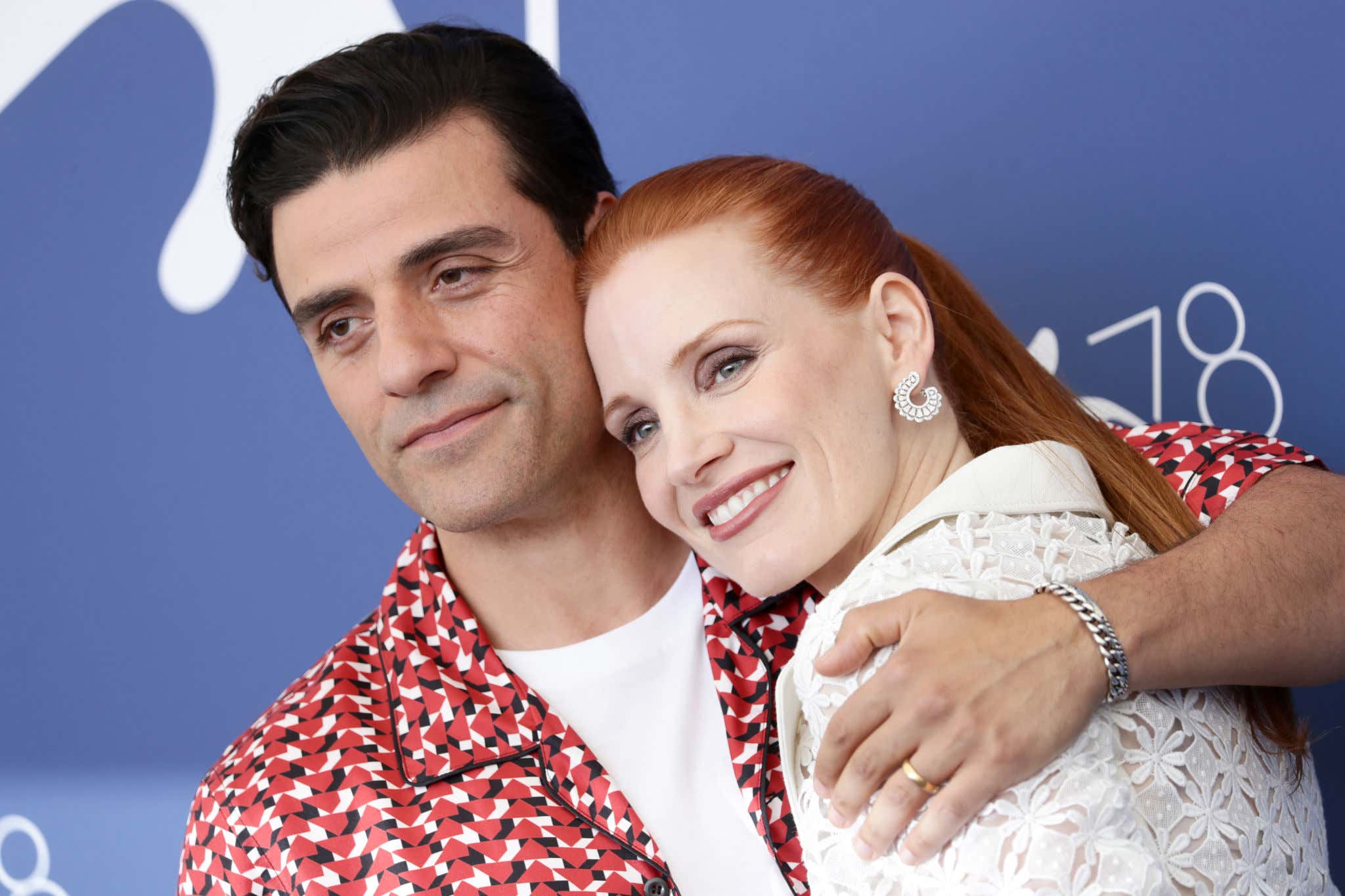 Assuming you missed The View this weekend, the last time you saw Oscar Isaac and Jessica Chastain was probably on the red carpet, where — for what I believe was the first time in human history — you watched two people fuck and become impregnated without any physical insertion or even a piece of clothing removed.

Turns out though, the script was so tame it only featured Jessica nude explicitly, while Oscar thought his shower scene was like, in the dark and the shadows, his little weiner safe from the preening eyes of the public.

It wasn't until the Final Cut that Isaac realized, oh yeah: it's a full on penis party.

Isaac, who plays Chastain's husband on the show, said he hadn't been aware that his nude scene made it into the final cut of the show until after the episode aired.

"You get sent the stuff to look at, to be like, 'OK, I'm fine with that,'" Isaac said. "But I saw it on a laptop, quite dark, and I didn't notice what was happening down there. And so it was a surprise when I started seeing all these things of, like, 'It's full-frontal.' I was like, 'No, what are you talking about?' And I saw it, and clear as day on the big TV there, it's there for everyone."

And ladies, you can thank Jessica and her fierce brand of feminism for that one.

Yahoo -- Jessica Chastain said her one condition for going fully nude in the new HBO limited series "Scenes From a Marriage" was that her costar, Oscar Isaac, also shed his clothes on screen.

"I said to Hagai [Levi], who wrote and directed the series - in the very beginning, I said, 'I'm comfortable with all the nudity, but any part of my body that you show, you're going to have to show the same with Oscar,'" Chastain said during an appearance on "The View" with Isaac on Friday.

"So, like, there's a shower scene that I have in episode two, and you see my body. And so now, like, you see his body," she added. "So for me, though, I wanted it to be balanced."