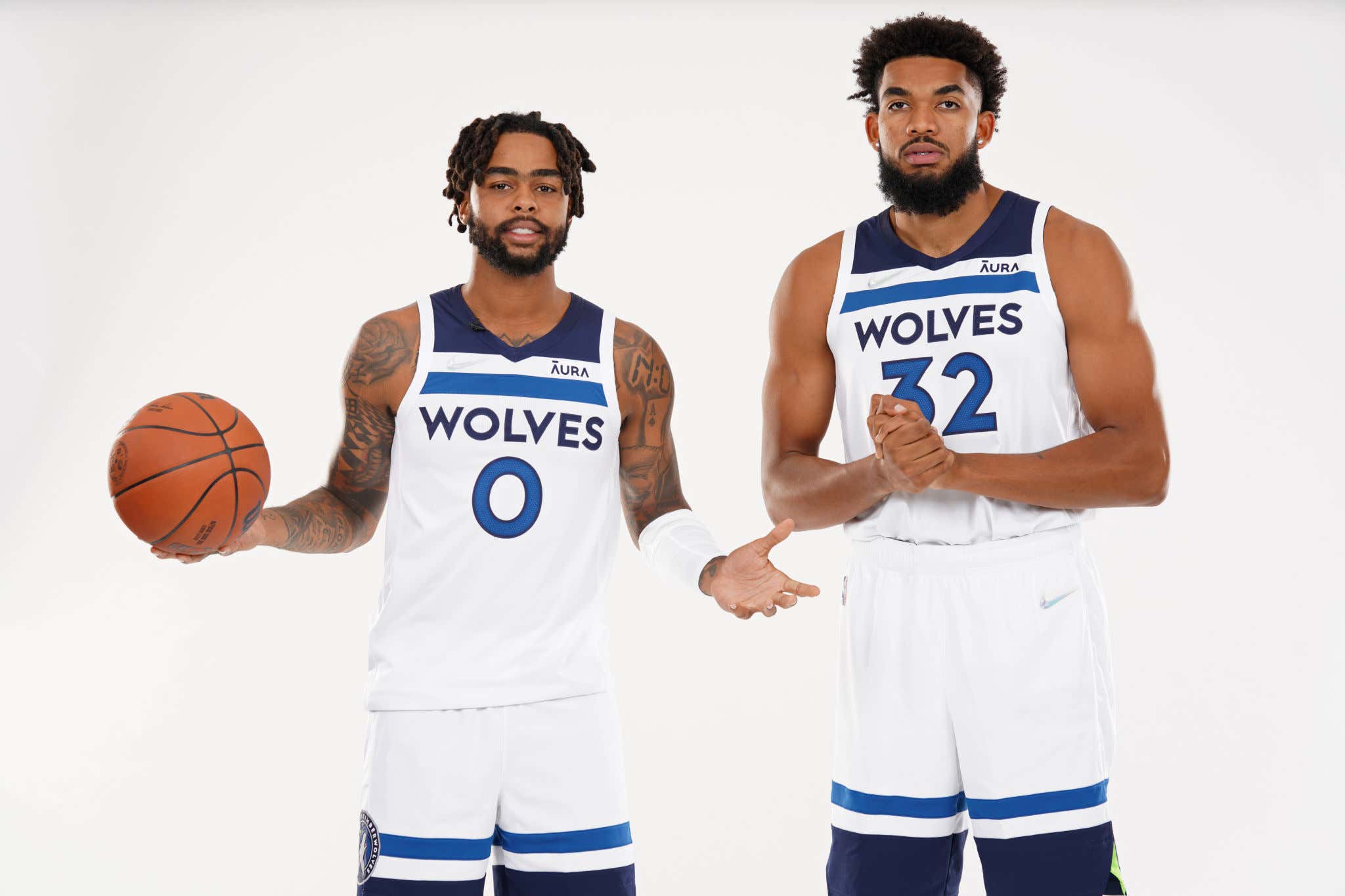 Once the clock hit 0.0 and Giannis became and NBA Champion and Finals MVP, most of the basketball world wondered what type of impact that title might have with other elite star players who are currently playing on small market teams. First, we saw Dame talk about how that Giannis title helped convince him that anything is possible in Portland. He didn't demand a trade and for the time being is committed to staying in Portland. That shifted focus to another blue chip young franchise player who is stuck on a small market team that historically has been pretty terrible. When the Wolves fired their GM out of nowhere and KAT sent out this tweet

It was only right to be scared shitless as a Wolves fan. What the Wolves are building right now means nothing if KAT demands a trade. Keeping him happy is at the top of their list. Here's the good news though. Compare what Giannis said after his title

to this most recent quote by KAT when discussing his future

Towns likens staying in Minnesota with his decision to continue to play for the Dominican Republic national team. He said he’s had opportunities to leave the Dominicans, his mother’s homeland, and reclassify to play with Team USA, which could use a talented big man. But that would be the easy route in his eyes.

“I like taking the hard route. I like going the more rewarding route,” he said. “I love being with the Dominican Republic national team. There’s a lot of things they haven’t done, and I’m able to possibly change that. The challenge is what I’ve always strived for.”

That sure as hell sounds a lot like Giannis' mindset. I find it pretty cool that elite level players like Dame and KAT are approaching things with this mindset. If they never win a title? So be it. Any sort of worry I may have had as a Wolves fan in regards to KAT would go right out the window after hearing that quote. At least for the time being. As we'll see with Dame, if things don't go great and it's another lost season, we'll see how that impacts things. But for now? This is exactly what I would hope my franchise player would say.

And honestly, the Wolves are building something intriguing. The DLo/Edwards/KAT trio was pretty successful to end last season. Malik Beasley, Pat Beverley and Naz Reid are adequate bench pieces/reserves. We know this group will score, their question will be more on the defensive end which is a bit of an issue in a tough Western Conference, but with good health why shouldn't this team compete for a play in spot? Especially if Anthony Edwards takes a second year leap, which he should.

The one thing I always wondered was how that Giannis title would impact the next wave of stars and how they view their careers. Will the Luka, Trae Young, Tatum, Morant, KAT, Booker, Fox, Murray etc group have a similar mindset or will they instead follow the LeBron era superteam path? I think that'll be the true test to see if anything really changes. I also wonder if the Bucks go back to back how that might impact things even more. If the Lakers/Nets and their superteams continue to come up empty, will that change how teams are built moving forward? There will always be veteran players that want to ring chase, that's been around forever. But we're starting to see some pretty high profile players talk like they have Giannis' mindset with this stuff which I find encouraging. Remember, superteams are only great if they happen to the team you root for. The league is better when there's more parity and that only happens if guys are willing to stick it out in their small market.

Both Dame and KAT are two of the biggest potential trade names you currently hear (outside of Ben Simmons) about, and the good news for their fanbases is they don't seem to be itching to go anywhere. Now you just have to start winning, which isn't exactly the easiest.