Spain's literary world has been thrown into chaos after a coveted book prize was awarded to "Carmen Mola" -- an acclaimed female thriller writer who turned out to be the pseudonym of three men.

Television scriptwriters Agustín Martínez, Jorge Díaz and Antonio Mercero shocked guests, who included Spain's King Felipe and Queen Letizia, at the Planeta awards Friday when they took to the stage to pick up the prize money and reveal the celebrated crime author did not actually exist.

In previous interviews with Spanish media, Martínez, Díaz and Mercero had presented Mola as a female university professor who lived in Madrid with her husband and children.

Mola's novels usually revolve around the character of detective Elena Blanco, described by publisher Penguin Random House as a "peculiar and lonely woman" and a lover of "grappa, karaoke, collectors' cars and sex in SUVs."

So you're tellin' me the author's main character, Elena Blanco, was a lonely woman who loved boozing, fast cars & fucking in bigger cars'… And nobody realized men were writing that??

Also, the psuedonym Carmen Mola that these guys made up translates essentially to 'Carmen's Cool'. They also presented her as a professor, wife & mommy who stayed anonymous in the famous novels to separate work & life. In photos on 'her' official website she's presented as a mysterious woman looking away from the camera. 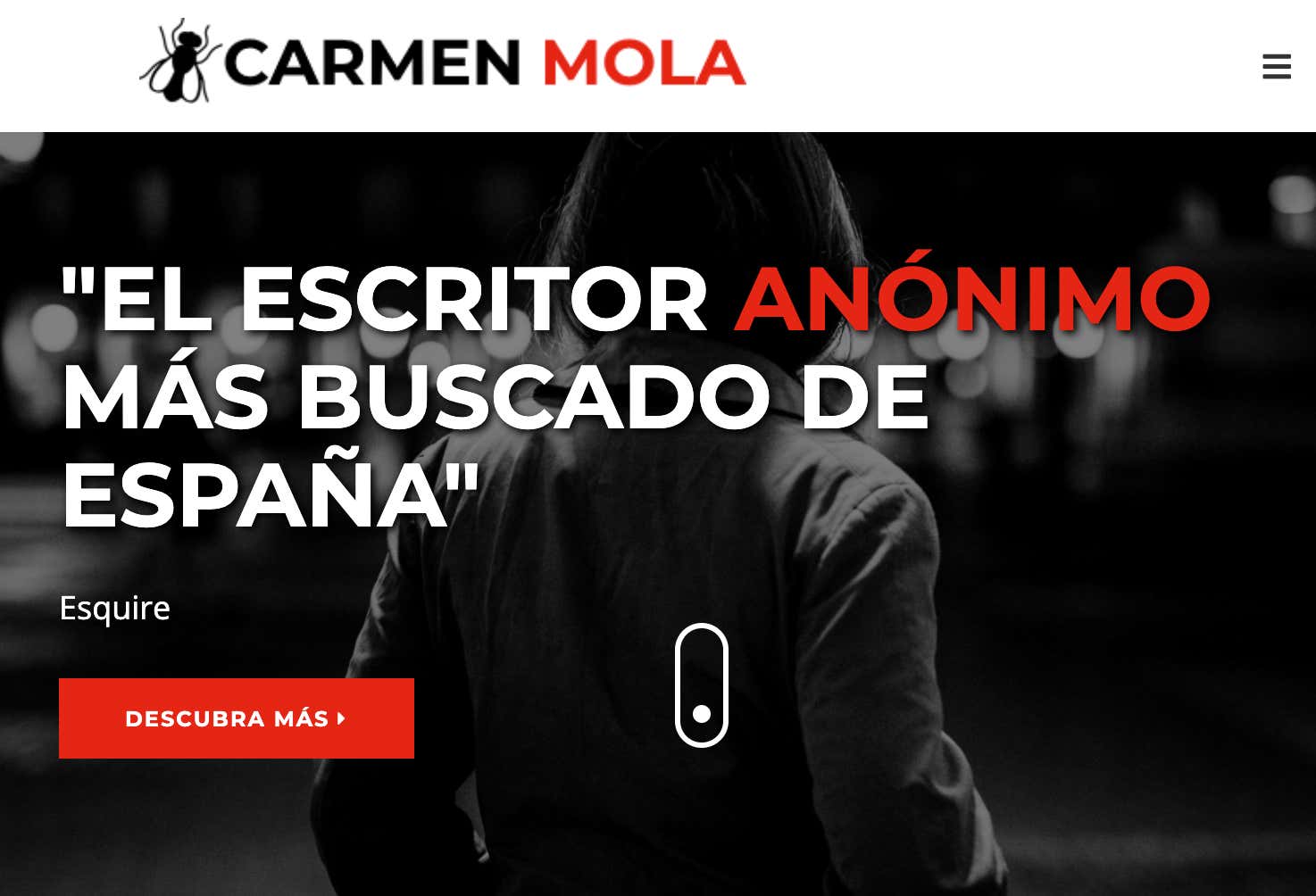 Martínez, Díaz and Mercero said it was pretty random that they chose to use a pseudonym & go with a woman's name, but others feel plenty of thought definitely went into that decision..

In an interview with the real authors following the revelation, Spain's El Mundo newspaper reported: "It is not lost on anyone that the idea of a university professor and mother of three, who teaches algebra classes in the morning and, in the afternoon, writes novels of savage and macabre violence has been a good marketing operation."

Needless to say the * entire internet (* niche group of literary Twitter) is buzzin'. Many felt it was a sheisty, scammer type move, and others just had fun imagining three men stacked up in a trench coat at a typewriter.

Wild & shameful that those guys were winning awards for writing as someone else. I would never. Anyways, almost done typing out this blog. Gonna lick my asshole for a bit then hit the catnip and take a snooze in my sun spot for the rest of the day. ha ha