The Chicago Sky won the WNBA championship yesterday and now everyone's all fired up about this.

Pretty shocking to see from the mayor when it's been mask this, mask that, blah blah blah. Not here to chop up the merits of pandemic defense best practices. Just saying it's pretty shocking. 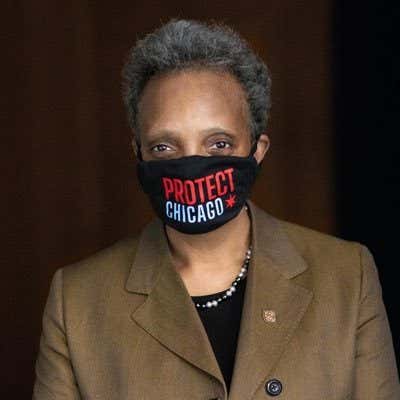 People at the game said she was masked up the whole time. There's a big back and forth on twitter about it. Lots of people jumping to her defense saying she did nothing wrong. Just that she saw her press photographer and took the mask off for a good photo op. If so then that might even be a bigger mistake. You can't be Miss Mask and then just stop. That's not how this works when talking about large populations of people.

Whatever. All of this is taking away from the Chicago Sky's dominant performance in the WNBA Finals. Too much time talking and thinking about Lori. But again it's also pretty egregious to publish a maskless picture at one of the City's first max capacity indoor event. I don't want to say brain dead because that's probably too far, but I'm struggling for something more on point. Fuck it I'm going brain dead.

You gotta be brain dead to do something like that and then not expect a roundhouse kick to the face of public criticism. That's Public Relations 101 and this guy's door is open for business. Me. I'm consulting if you need it Lori. Been a long time goal of mine to dip into the City of Chicago budget. I'm fully prepared to talk about a retainer fee.

Until then stop giving people stuff to bitch about please. Work backwards from that and see where you end up.