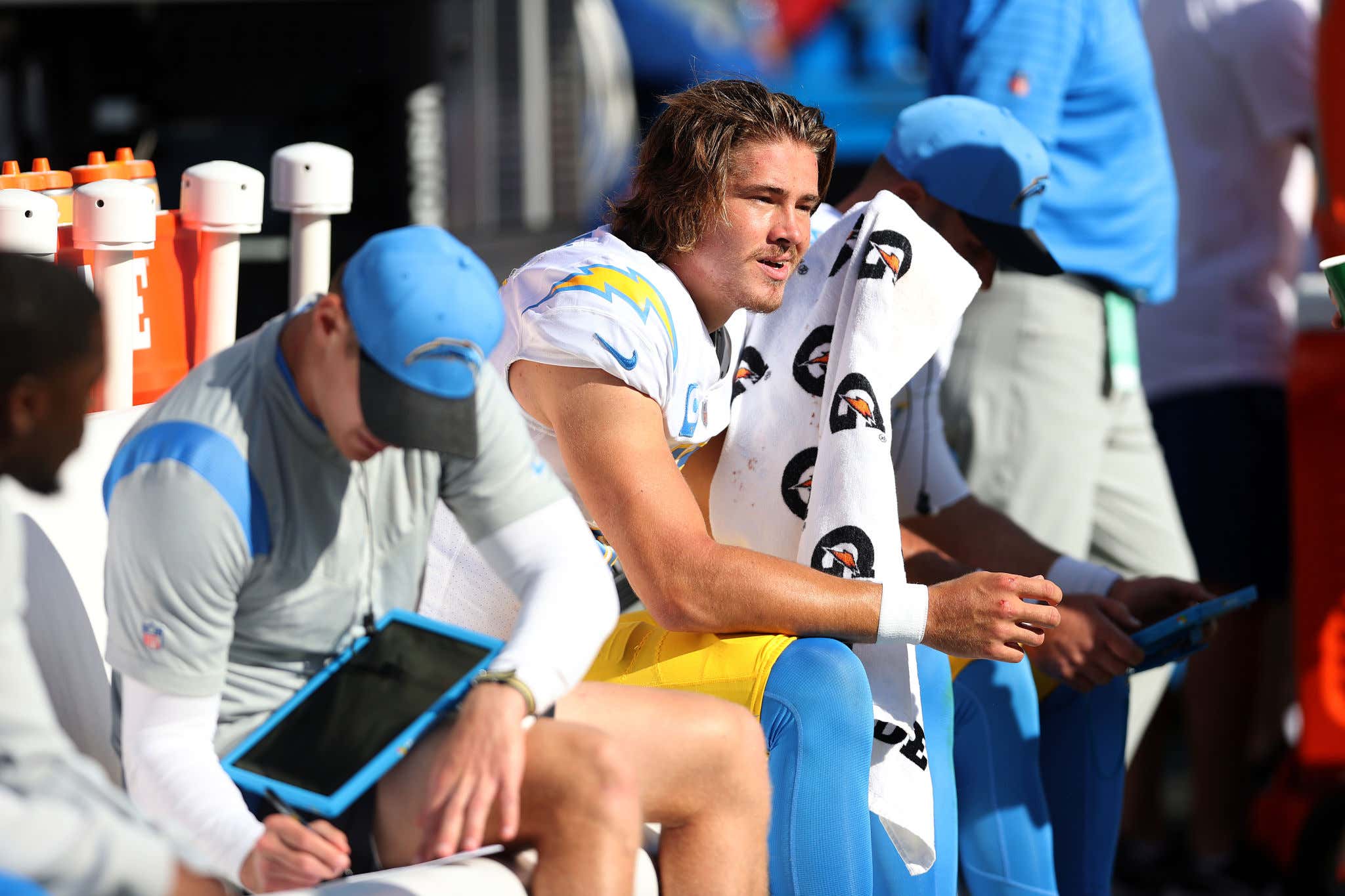 Going into this game, I was positive of two things:

1. The Ravens were going to run all over the Chargers whenever they wanted.

2. Herbert was going to cook the Raven's secondary, which was on a short week after getting TORCHED by Carson Wentz.

Only one of these things happened. Without Kenneth Murray Jr. and Tranquil, the defense could not stop the trio of Freeman, Murray and Jackson at ALL. They averaged 5.7 YPR and scored 3 times on the ground. I'd love to credit Staley for limiting Lamar to 218 total yards a single touchdown and 2 picks, but Lamar really didn't have to do much. Mostly because the Chargers had NOTHING on offense.

This was Herbert's second worst game as a pro, only behind last years 45-0 thrashing against the Pats. An 18.5 QBR, a bad pick, lots of balls thrown way too high and his lowest yardage total of the season (195). Credit to Don Martindale for putting together a great scheme, because he seemed to have Lombardi's entire offense figured out right off the bat. I also want to note that this just a really hard matchup for them for the point they are at in the season.

They've had an incredibly tough schedule especially when it comes to defensive matchups.

This was their final stop before the bye, but it only came after beating the Chiefs in Arrowhead, beating the Raiders on MNF and then beating the Browns on a short week. THEN having to fly to the east cost to play what is basically a morning game. I'm exhausted even reading that.

It was a shitty game to watch, but I'm happy that it exposed 2 very dire needs going into the bye. The first is that they need a new kicker. Vizcaino missed his league-leading 5th extra point and he missed it by, like, 20 yards. It went into the fucking stands. Staley has been vocal that he is there because he is a touchback machine and that the rest will come to him. Well, it hasn't. The extra point is about as easy a kick as you can get, but he fucking sucks at them despite being weirdly decent at regular field goals (6-7 on the year). I don't want the team to make the same mistake they made with Koo and Lambo by letting him waltz to another team and be great (Michael Badgley just started his first game as a Colt and went 4/4 on XPs and hit a 41 yard FG, by the way). But missing XPs at this consistent of a rate is mentally exhausting.

The second is that they need to trade for a run stuffer. The Chargers have all their draft picks and $10 Million in cap space to play with, and there has to be teams ready to deal. They are flatlining on run defense, giving up 162 rushing yards per game. Yea, you read that right. They're dead last in the league, and have given up 127 more yards on the ground than the next team, Houston. Their pass defense is still outstanding, currently ranked 4th best in the league, but that doesn't matter when any given team can raw dog you on the ground. This is a huuuuuuge need and Staley, a defensive guy, is definitely cognizant of that. The question will be if Tom Telesco is willing to do something about it. I couldn't tell you a single in-season trade he has done since taking over in 2013.

This team can win as many shootouts and crazy regular season games as they want. But if they can't kick and they can't stop the run, they aren't a legitimate playoff contender.