It had been a long 280 days without it, but thanks to the game that took place at MetLife Stadium yesterday, the drought is over. For the first time this season, a NFL Scorigami took place!

What is Scorigami, you ask? It's when a score goes final that has never happened before in NFL history. I've been talking about it on Pardon My Take over the last couple of years, but it's basically a fun way for us number nerds to have some fun watching football. There are probably (definitely) a handful of folks who are probably saying "Who cares?," and to those people, we can agree to disagree.

But think about it, before this season, there were 256 regular season games and 11 postseason games (13 last year) per season. There are too many combinations to count when it comes to scoring possibilities. Numbers like 7-14-17-21-28-31 are not friendly when it comes to creating a Scorigami, which is why safeties and two-point conversions are our friends.

That brings us to yesterday's Scorigami. The Rams were blowing out the Giants, and when New York scored a garbage time touchdown to make it 38-9, why not go for two? That's exactly what they did, and it was what us Scorigamaniacs needed to get us into the range of unique scores.

I suggest checking out the official NFL Scorigami website to view all the other details, specifically the grid below that shows every possibility up to a 73-51 final score and how often that score has taken place. 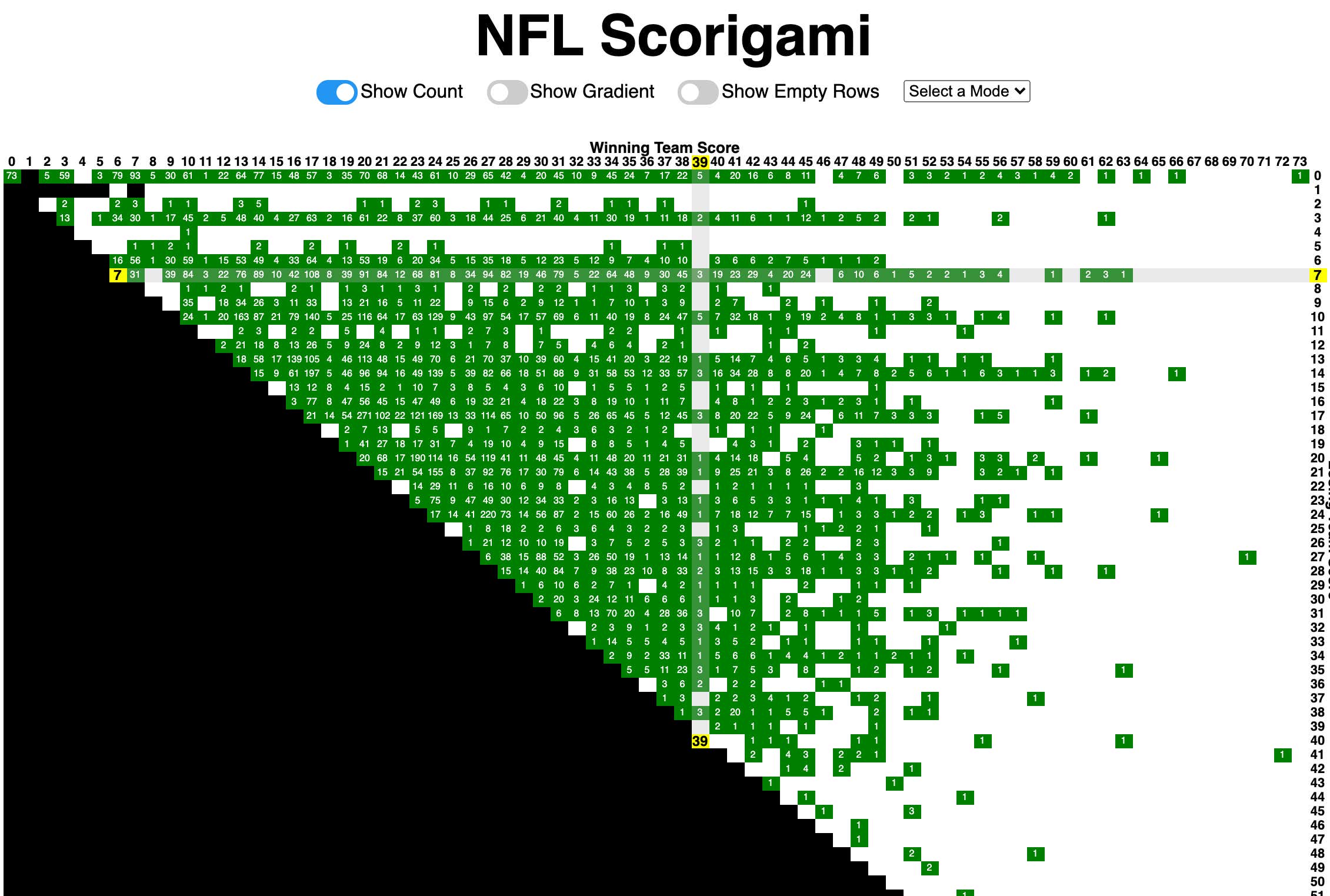 There were a total of 12 Scorigamis last season (including one in the playoffs), so it's not ideal that it took until Week 6 for us to be back in the win column in 2021. But man, it is great to be back. Here's to more wacky scores in the next few weeks.

P.S. The Lunder also hit this weekend. That's just the cherry on top.