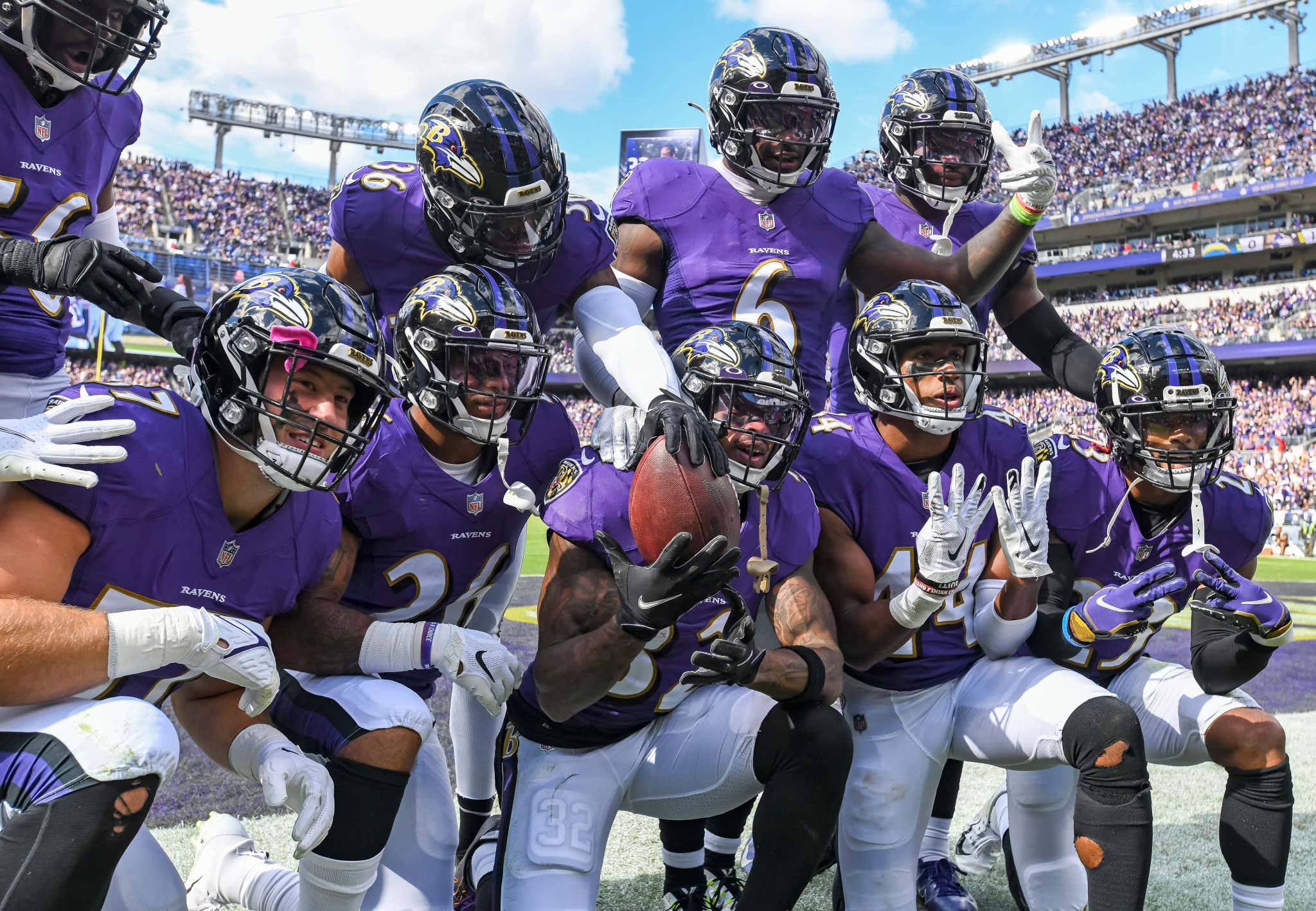 Man, what an asskicking… shades of, dare I say it… 2019? Just a clinic on both sides of the ball at home against a very good football team. Especially on the defensive side. Which is absolutely crazy to think about after watching the way they got DICED by Carson Wentz on Monday. Anthony Averett and others bounced back in tremendous way against a QB that's supposed to be the next big thing in this league.

This was a game where the Ravens came out firing early and never looked back. You started to look for signs of a Chargers comeback because you just never expected today to be this easy, and it basically never happened. Lamar gave them some life with a TOUGH pick late in the 1st half that lead to the Chargers only points, but even then then they hardly threatened the boys. It was vintage Lamar era Ravens. Get ahead, stay ahead, and keep the opposing offense off the field. The time of possession says it all. 38:07 to 21:53. Birds in control basically the whole way.

Lamar played a mixed bag overall. Very strong early, kept up the rhythm from Monday night early on to punch it in a couple of times and build a lead. But from there, things got a little shaky. The first INT was tough, and he missed a couple of downfield throws that could have made this game even uglier, but he still cooked when the offense needed him too and he still provided the threat that opens up a ton of lanes for the offense's run game. Today was a massive bounceback game for those guys up front.

At this point you step back and see a 5-1 football team with some EXTREMELY winnable games on the horizon. Bengals at home, BYE, Vikings at home, at Miami, at Chicago. The Bengals look like a team that should grab our attention, but it's hard not to have the expectation of the Ravens sitting at 9-1 a month from now. If the defense can play anything like they did today, they should be a favorite, if not THE favorite to win it all. This offense is too good to keep us out of any game, even if the defense isn't up to snuff. Hell, the Ravens just played a stretch between Monday and today where they scored touchdowns on 5 straight drives, totaling 52 plays and only faced ONE third down on those drives. Greg Roman's offense has potential to absolutely EAT on 1st and 2nd down, which is where great football teams thrive.

I had been frustrated thru 5 games that the Ravens had yet to play a complete 4 quarter game. Even the rout in Denver was marred by an ugly 1st quarter. Today showed what Baltimore is capable of when they're firing on close to all cylinders. Sky is the limit for then 2021 Ravens. Buy stock now.