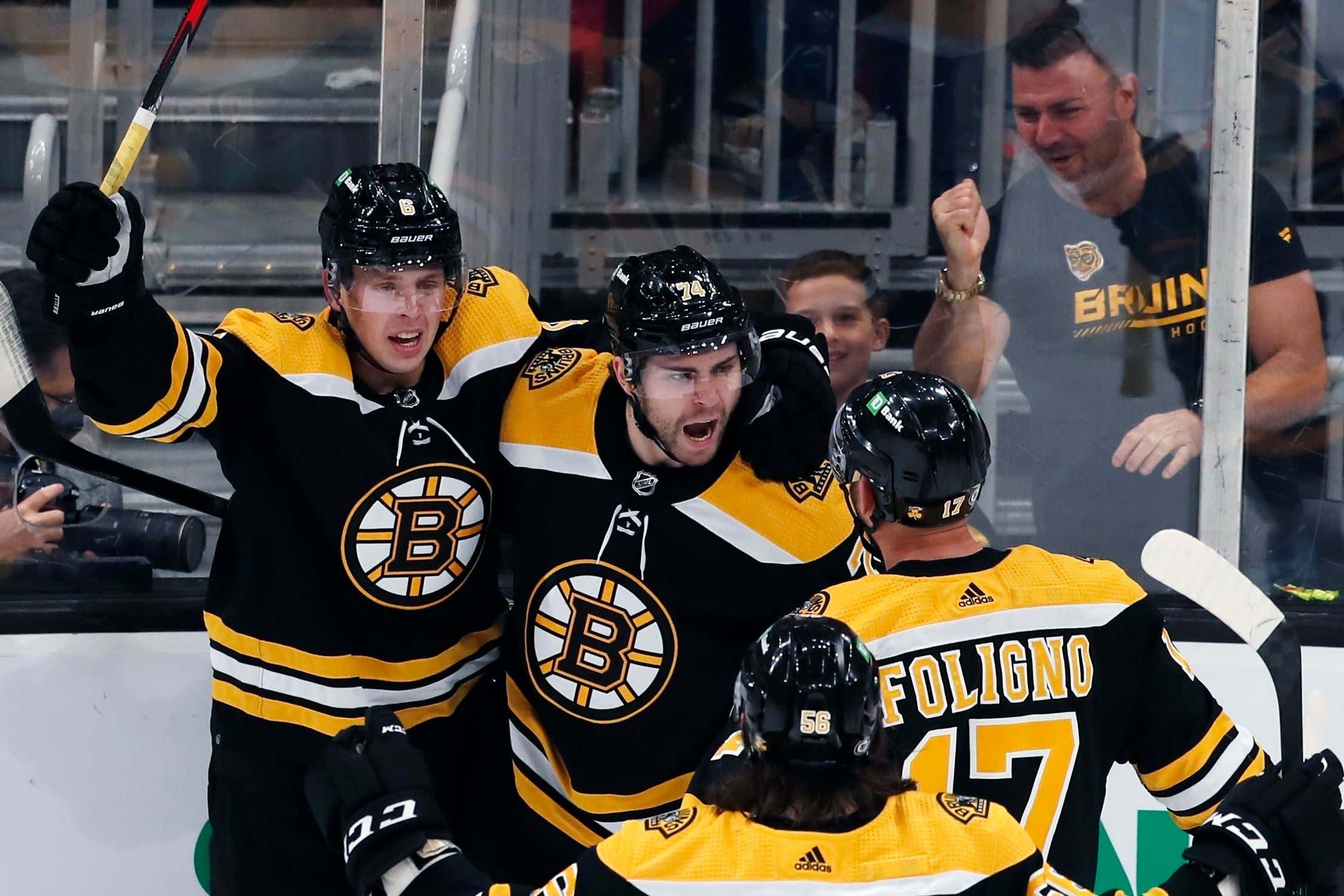 Brad Marchand scored twice and Jake DeBrusk potted the game winner as the B's opened their season with a 3-1 win over the Dallas Stars at TD Garden. LET'S GET INTO IT.

The Bruins came out with some jump and controlled the play for most of the 1st period as the Stars didn't record their first SOG until 15:58 of the period… (Bruins had a 17-4 edge in SOG by the end of the period)

Brad Marchand scored the first goal of the season for the Bruins by burying the penalty shot. 1-0 Bruins.

Luke Glendening tied things up at 9:15 of the 2nd after the B's 2nd line was hemmed in their own zone for a loooong time. 1-1. The Stars pushed back and tilted the ice in the 2nd.

Early in the 3rd Jake DeBrusk whacked one past Braden Holtby to regain the lead for the Bruins 2-1.

Brad Marchand scored an ENG with 1:37 to go to seal the deal. Much better period from the B's and they took care of the details and things they needed to do to pick up the win.

- Brad Marchand book ended his goals tonight, opening the scoring with a penalty shot goal in the 1st, then adding the ENG in the 3rd. I said it in my season preview blog but I took Marchand OVER 35.5 goals this season. Great start for 63.

- JD Bounce Back SZN in full swing. First goal of the year in the first game after a great preseason showing. Gotta give a ton of credit to Erik Haula and Nick Foligno who were in on the forecheck to set it up. Love to see JD get on the board and hope the goals keep on coming for him this year. Really like the make up of this line.

- Just like the third line, I really liked and though the 2nd line was buzzing tonight as well, workman like night for them despite nothing to show for it.

- Nearly half of the B's shots on goal tonight game from defensemen.

- B's PK was outstanding tonight, going 6-6 (including killing a horrible Foligno interference penalty, might have been the worst call I've ever seen). B's PP weren't as smooth, 0-4 tonight on the man advantage.

- Jeremy Swayman got the start in net and was calm, cool and collected throughout. Sway finished the night with 27 saves on 28 shots. Biggest save of the game was on Luke Glendening on the semi-breakaway to keep it a 1-1 game.

The Bruins paid tribute to Jimmy Hayes with a Jimmy 11 sticker on the back of their helmets. Great gesture.

B's are back at it next Wednesday as they head to Philly to take on the Flyers.

First the Red Sox over the Astros to tie the ALCS and now the Bruins beat the Stars. Suck it, Texas.