It would be safe to assume that Queen Elizabeth, age 95 and a woman who literally wears a crown and rules over an entire commonwealth of 54 countries, would be able to do what she damn well pleases, but it appears that royal medical experts are advising her to give up her daily cocktail. Elizabeth has been seen with a cane recently, which raised concerns about her health. So, while everyone probably wants what's best for the monarch, sources close to her say that she's not happy about giving up "one of very few pleasures" she has left.

Though she's not a heavy drinker, a source shared that Elizabeth likes to have a Champagne nightcap before bed and that she usually has a martini a day.

"The Queen has been told to give up her evening drink which is usually a martini," a family friend told Vanity Fair. "It's not really a big deal for her, she is not a big drinker. But it seems a trifle unfair that at this stage in her life she's having to give up one of very few pleasures."

BOLLOCKS!! What the fuck? The Queen of England is legitimately 95 years old. If she wants to be a booze bag, she can be a booze bag. We as a society have known for a while about Lizzie's drinking habits; she USED to do a drink in the morning, one with lunch, one in the afternoon and one before bed. It sounds like she's already cut it down to 2 drinks a day, a martini and a glass of champagne. Is there ANYTHING on earth better than a Champagne nap? 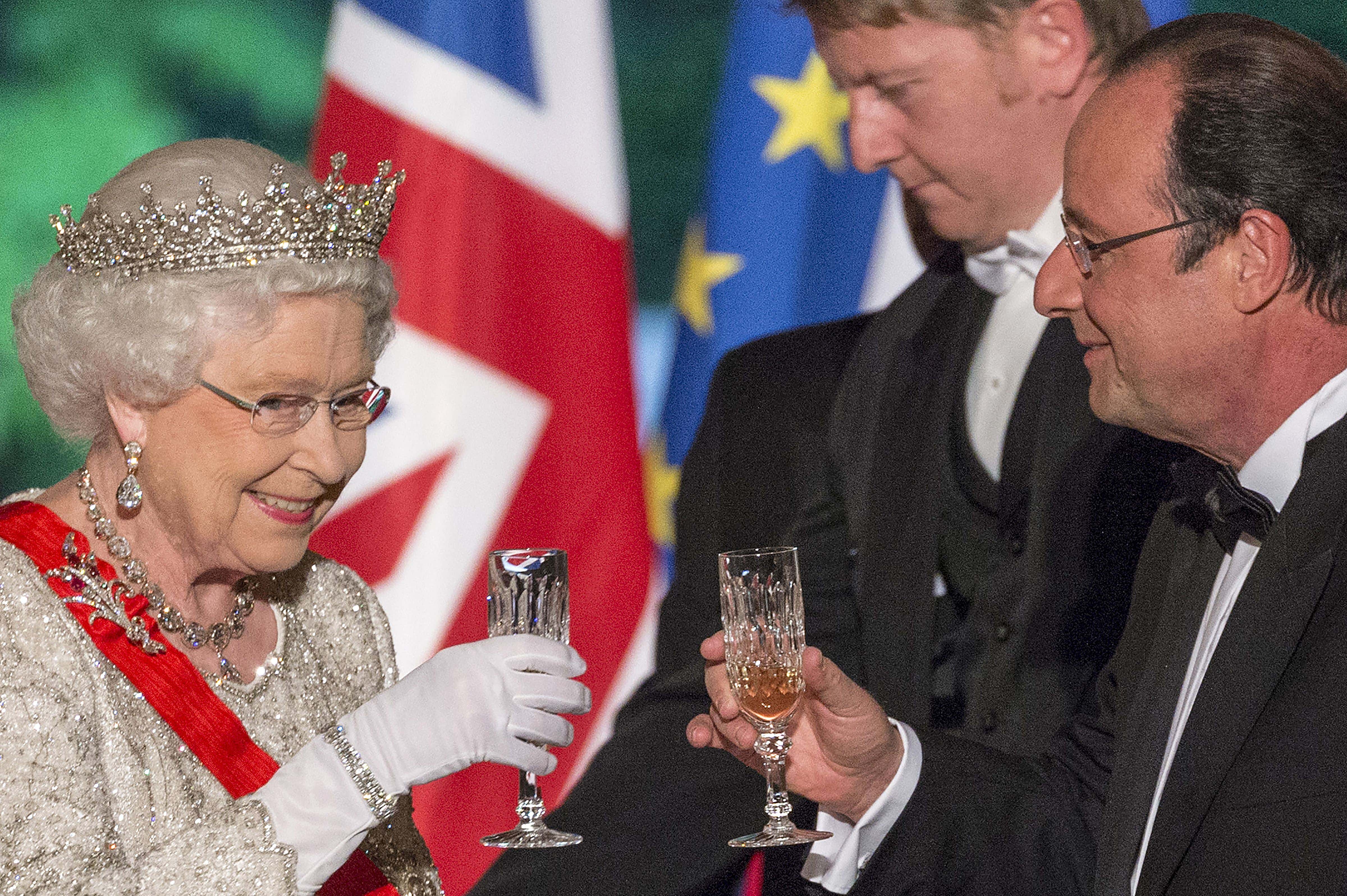 Let this old bitch drink! The reasoning behind it, "it's not good for her health" - she's NINETY FIVE! She doesn't give a fuck about her health! She's been the Queen of England for her ENTIRE LIFE. I bet she's at the point where she goes to bed and prays she doesn't wake up. Her husband died recently, her dogs keep dying - and you're going to tell her she can't have a fucking martini and a glass of bubbly whenever she wants? (I also think she stays alive so her cheating scumbag son will never see a day on the throne, but that's beside the point.) Fucked up, all around. #JUSTICEFORTHEQUEEN