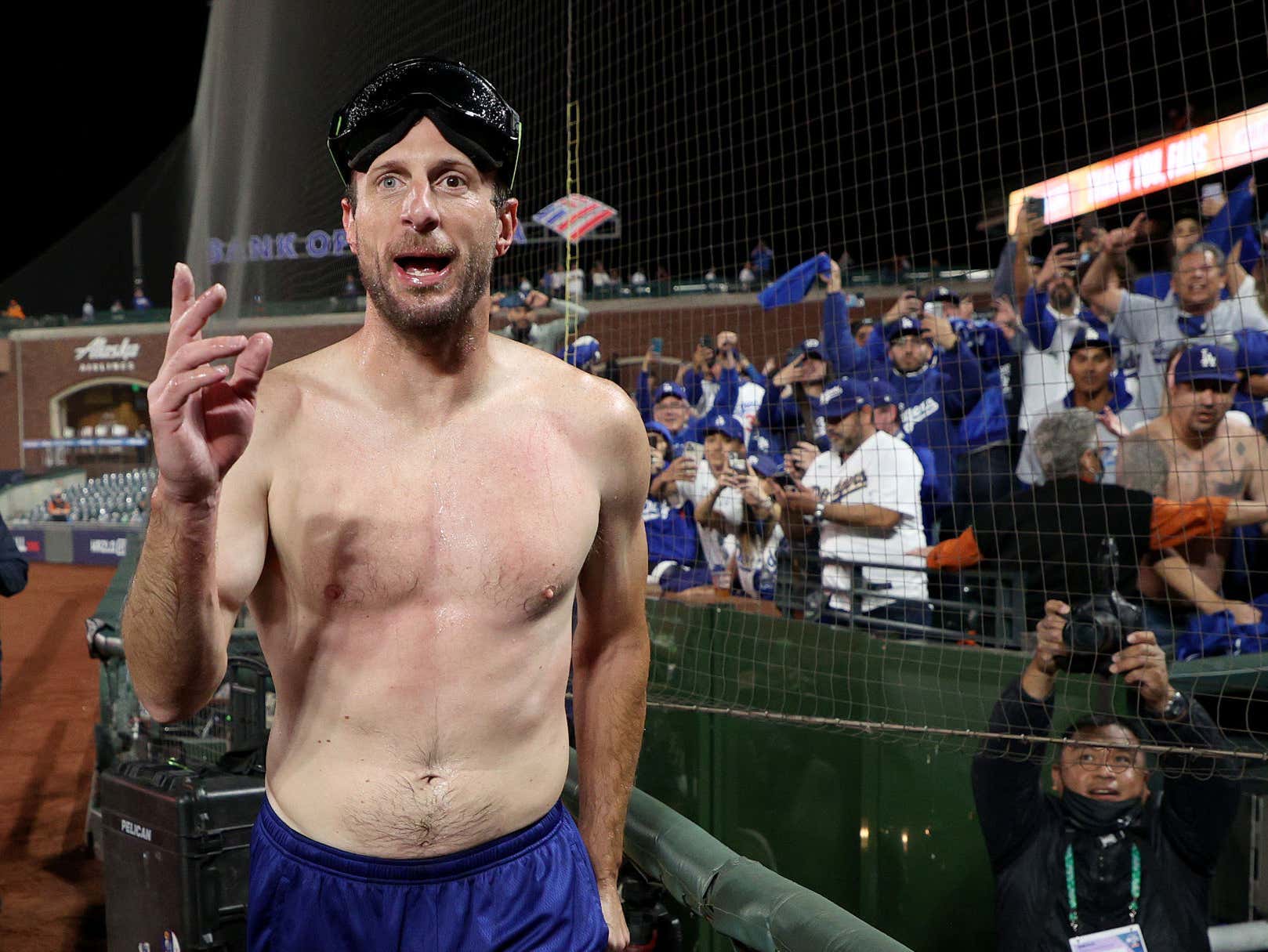 Max Scherzer is a goddamn maniac in the best way possible. The kinda maniac you'd trust asking to do literally anything, even murder, if it made the most sense to solve a problem. He's also the very first guy you'd want on your team when the season is on the line like it was Thursday night for the Dodgers as they attempted to close out their division rival Giants once and for all in 2021. Despite Dave Roberts originally saying his prized arm was unavailable (hogwash from the beginning) Scherzer began warming in the 8th. He detailed this during his postgame interview on MLB Network.

Scherzer was so amped up to come in and shut the door that he basically took the mound before any Dodger fielder had left the dugout. That dude has one thing on his mind and it was a decimation of the Giants.

Oh you thought Scherzer was content with one ring? Not a fucking shot. Well, after the dust settled and the Dodgers had advanced to face the Braves, the only question that remained was whether Max was still ready to go for Game 1 in the NLCS against the Braves on Saturday. Well….

"I don’t know. Party tonight, figure it out tomorrow."

Legendary quote from a legendary man. The rest of baseball really allowed the defending champs to acquire both Mad Max and Trea Turner in the same trade? That actually happened? David Stern wouldn't let CP3 go to the Lakers, but Manfred let this shit happen? Got it.

Good luck to the Braves.