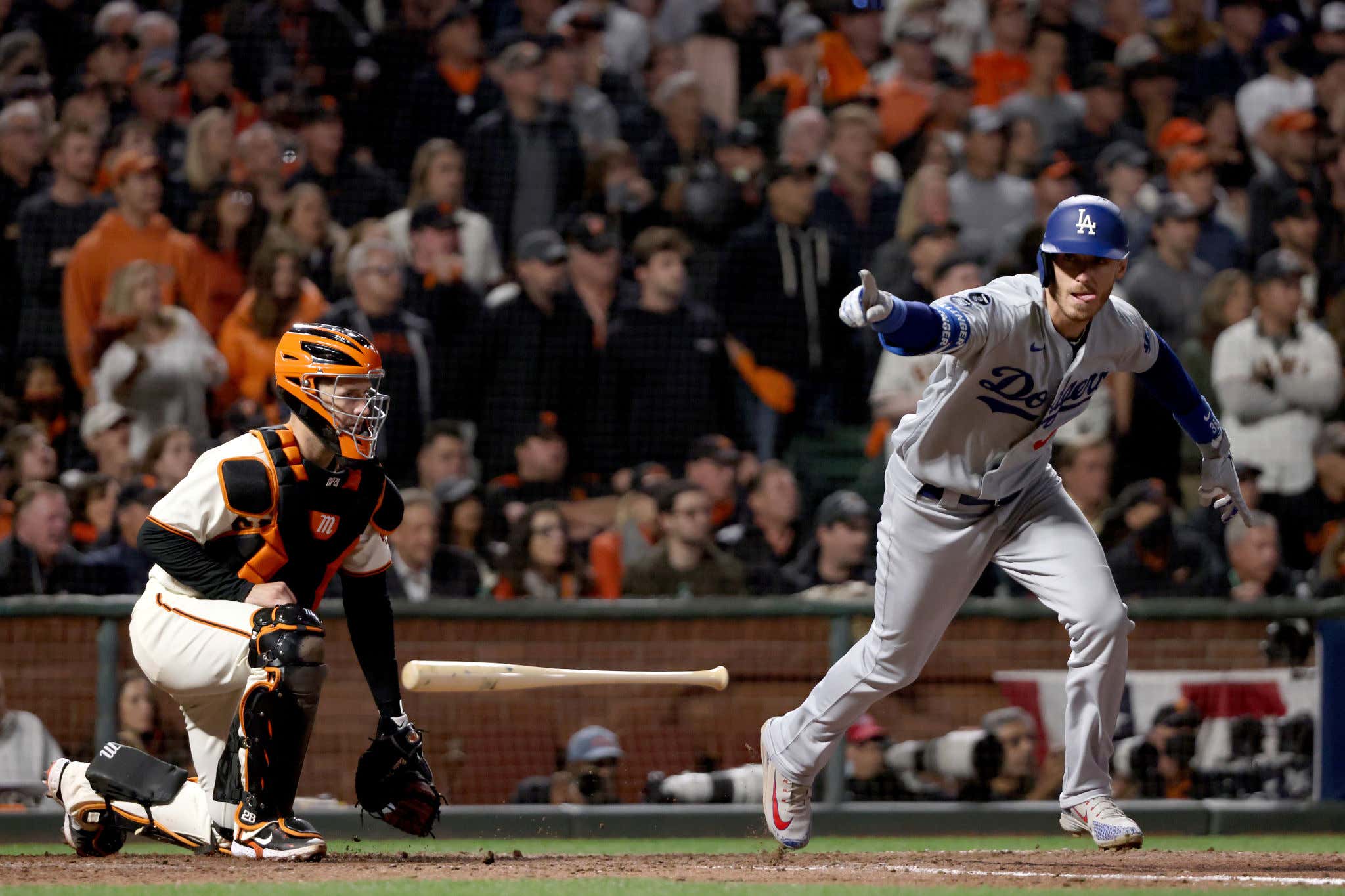 You wanted an epic do or die game between two 106+ win teams? You fucking got one on Thursday night. The Giants and Dodgers went to war in this one and the final result wasn't decided until the frame, as it should have been.

Let's start from the top because this game had it all.  Logan Webb vs. Corey Knebel. Dave Roberts and co. (mainly the front office) decided to go with the opener strategy despite having a 20 game winner on full rest ready to rip. It was bold, it was a gamble, but it worked. Knebel and Graterol had to both work around a runner on 2nd in both of their innings, but they were able to escape and hand it over Julio Urias in the 3rd. Only one run came across those combined six innings so there's really no regret at all with that decision whatsoever.

This sinker to Lux was unreal. I can't stop thinking about it. Perfect pitch, pretty much unhittable.

My man was fearless tonight, just as he was in Game 1. You wanna shove like that in your postseason debut in Game 1, sure that's impressive, but to do it again in a do or die Game 5? Psychopath. He didn't care about the moment. It never got to him. I know we joke about the phrase here, but Logan Webb was built for October. That's a dude you want on your team behind enemy lines when everything is on the line.

Alright let's flash forward to the 9th inning….with two on and one out in the top of the 9th Cody Bellinger stepped to the plate. The former MVP just went through a nightmare 2021 campaign. It was so bad this man lost his starting job and was relegated to a platoon job. This is Cody Bellinger we're talking about but things got that bad. Yeah, no one in Dodger land gives a fuck about that after his 9th inning at bat. Doval hung one and Belli ripped one through for the lead.

Just like that, no one remembers the 2021 regular season for Cody Bellinger. Don't even know what you're talking about. Maybe there's some truth to the Mick Man's comment here

Okay who gets the final 3 outs? Treinan had thrown a 12 pitch 7th and Jansen a 15 pitch 8th. Kenley not so great in multi inning outings so what do you do? Dave Roberts specifically said Max Scherzer would not be unavailable in this game. No shot. There's no way Max gets the ba… 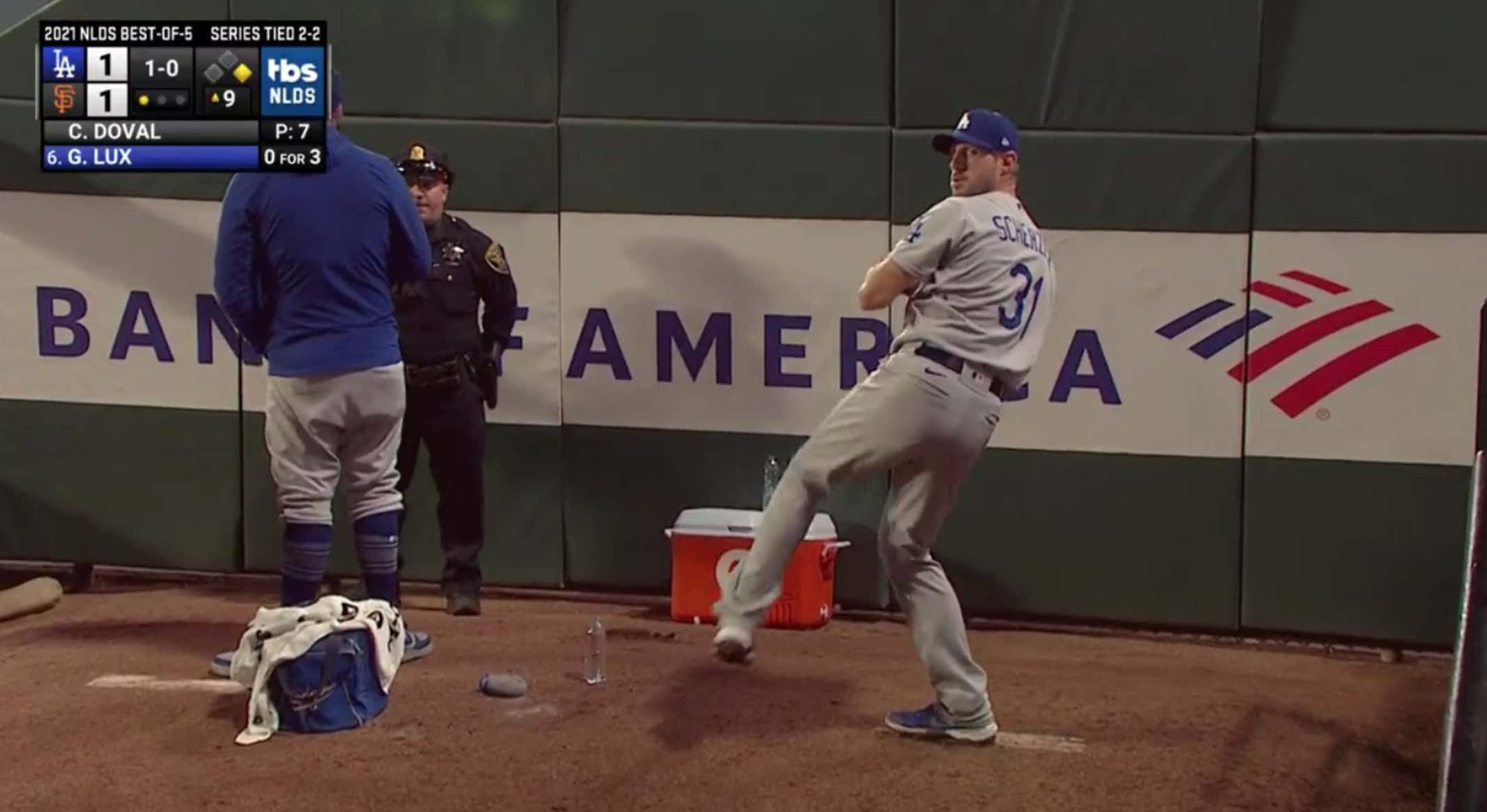 I can't seem to find the video but Max was legit pacing out there once he was warm like he was a lion about to pounce on his prey. It was terrifying. I thought he was gonna come out throwing 105 to be honest.

Despite Kris Bryant reaching on an error, the Giants were unable to scratch across the tying run. Was the final out of the Giants' season brutal? No question. I mean look at this check swing? Come on…

By no means did Flores go here. Not even remotely close. After having the season the Giants did, for it to end like that my god that's horrific. It's a really, really bad call no question. All I can say is I'm sorry if you're a fan in the Bay Area.

Maybe no one summing it up better than this fan

Still, there's only a man on first. It's not like it was bases loaded 3-2 count or something like that, but yeah for the game to end like that is tough. If you're a Dodgers fan, well you're running through every wall you got