I know Eagles fans take pride in being known as the lunatics that will intimidate anybody that dares enter the Philadelphia city limits without living by the mantra Go Birds. But tell whoever threw that drink that they weren't throwing it at Santa Claus or some terrified wife of an opposing player that dared to wear the away team's colors to a road game. They threw it at 89 AKA Mr. Ice Up Son AKA the guy that threw hands with two of his teammates and went at countless opponents.

The guy in the blue bracelet clearly knew this, which is why he quickly pointed who threw the drink. Snitches may get stitches, but people that get attacked by Steve Smith could get a toe tag. 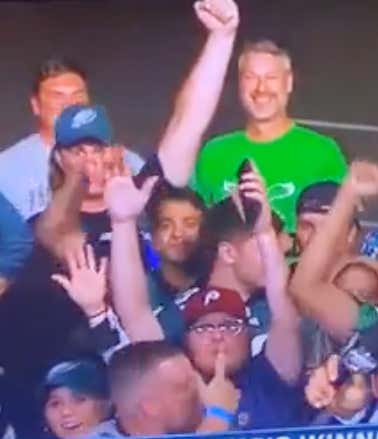 You tell me who you think had their life flash before their eyes after someone dropped a dime on them. 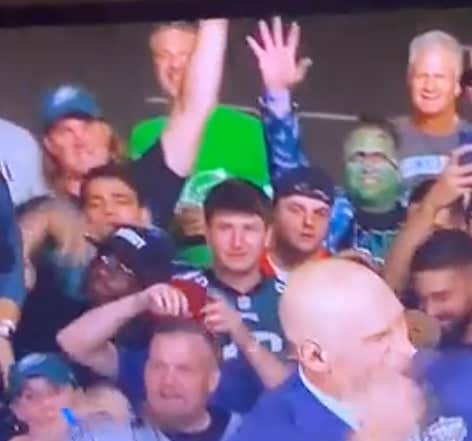 Still no word on if a murder has been committed around The Linc, but if there was one, I think we have a lead on both the victim and the suspect.