Baseball has arrived at its Final Four with the Houston Astros and Boston Red Sox. They have been to the last three non-COVID season World Series meeting in the ALCS, while the Los Angeles Dodgers seeking to repeat, face the Atlanta Braves in the NLCS for the second straight season. The Dodgers seek their fourth pennant in five years and hope for revenge against the Astros, who beat them using trash cans in 2017, and the Red Sox, who used some of the same tactics in 2018. 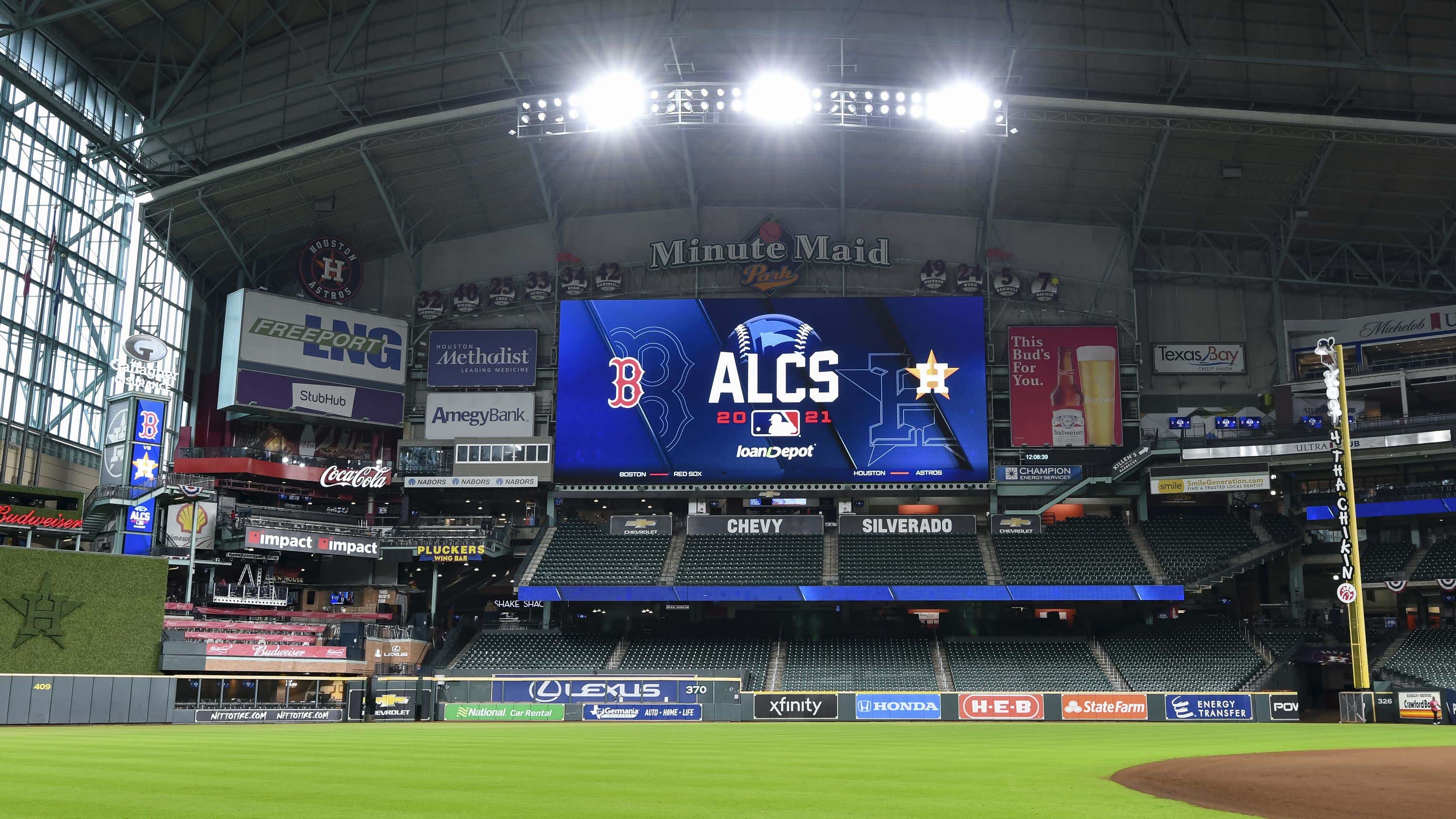 Every now and then, you get a sense that there is a team of destiny. The Boston Red Sox have that sense, as balls that looked to be heading to Rhode Island end up hitting the Green Monster for a harmless single, and balls bouncing out of play have saved them in crucial games this postseason. The Red Sox are also playing their best baseball of the season, getting strong starting pitching, timely hitting, and great relief from the bullpen.

The Red Sox beat the Astros in the 2018 ALCS, while the Astros banged their way past Boston in the 2017 ALDS. While the Red Sox pitching is getting healthy with Chris Sale finding his groove, the Astros could have an issue as Lance McCullers Jr. will not pitch in the ALCS with a strained forearm. That could be a considerable loss for Houston as he was the Astros most reliable starting pitcher with 13 wins. McCullers also won the opener against the White Sox and was on his way to a second win in Game 4 before sustaining the injury. Sale has struggled in his postseason outing, but Nathan Eovaldi has turned into an October ace, while the Boston bullpen has been nails, with Josh Taylor not allowing a run in three appearances.

In their Wild Card win over the Yankees and the ALDS against the Rays, the Red Sox have gotten timely hitting up and down the lineup. J.D. Martinez hit .467 in the Division Series, with a home run and four RBI, while Kiké Hernandez has become the new Mr. October. Hernandez had several vital hits with the Dodgers in their postseason runs has been money for the Red Sox, and he had the game-winning walk-off in the clincher against Tampa. In addition, Kiké Hernandez has hit .435 in playoffs with two home runs and six RBI. Hernandez is one of three Red Sox with six RBI in the postseason, joined by Rafael Devers, who has been red hot, hitting .300 with two home runs, while Alex Verdugo has also had six RBI and while hitting .348. The Astros have also hit well as Kyle Tucker has led the way with seven RBI, while Carlos Correa has hit .385. However, the Boston lineup has been deeper as the late-season addition of Kyle Schrawber, the emergence of Bobby Dalbec, has made them a circular lineup.

The Astros will have the home-field edge in a possible Game 7, but the Red Sox have better stoppers in the rotation and a more reliable bullpen. In addition, they have that team of destiny feel. That is why the Red Sox will emerge as champions in six games. 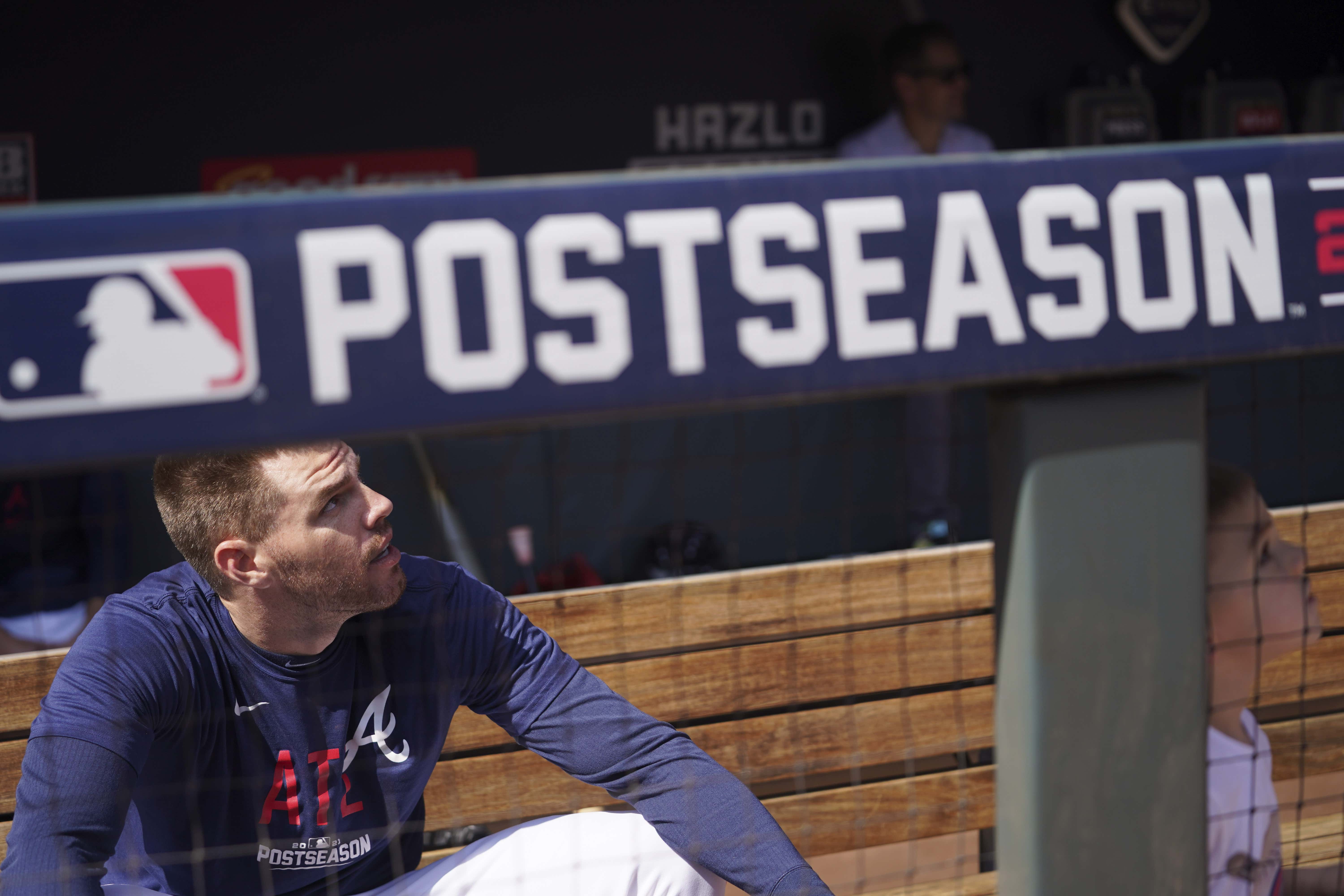 It is abundantly clear that MLB wants the Los Angeles Dodgers in the World Series, and they will do anything they can to assure that. It can be argued that Wilmer Flores would have struck out anyway, but that is not the point. The check swing to end the Division Series was terrible optics for baseball, ending what is likely going to be the best series of the 2021 postseason. The Giants won 107 games; the Dodgers won 106 games; those were the two best teams in the regular season and the meeting in the NLDS going five games is hardly a shock, though the unsatisfying finish is a letdown for everyone.

The Braves got to the NLCS by beating the Brewers in four games. The Braves got strong pitching throughout though much of that was due to the Brewers' inability to get a hit with a runner in scoring position as they did their best representation of the feeble Mets. The Braves held Milwaukee to six runs in the four-game series. This included a pair of strikeouts in Games 2 and 3. Max Fried and Ian Anderson both put the Brewers' bats to sleep. This will not be as easy with the Dodgers lineup, which has been good all season at getting the clutch hit. They were also experts of the productive out. However, the best sign for Los Angeles is that Cody Bellinger, who was in a season-long slump, got the go-ahead RBI in the ninth inning of Game 5. Bellinger hit .308 against the Giants. The Braves, meanwhile, have been led by Joc Pederson, who hit .429 with two home runs and five RBI in the Division Series.

The Dodgers pitching is second to none and can match up against anyone. It is deep, and it is good at both ends of the game. Max Scherzer, who suffered a 1-0 loss in Game 3, came back in Game 5 to earn his first career save. He should be good to go in either Game 1 or 2 in Atlanta. Kenley Jansen has been pitching well and has yet to allow a run in the postseason, while Julio Urias and Walker Buehler have been strong. If the Braves are to win, they will need their frontline starters to match the Dodgers pitch for pitch and get a big hit or two. That is a hard wall to climb, especially when there is a significant talent gap. Look for Los Angeles to win this series easily in five games or less.