Dave tweeted this earlier today, and I think a majority of people would agree with his second sentence.

I believe the matchup between Deontay and Tyson was truly the meeting of the two best heavyweights competing today.  Usyk is a very close third, but his size is a gigantic concern for me... Especially against a gigantic concern like Tyson Fury.

“Me and Wilder are done now. Done for good. It was definitely a historic trilogy.”

But if there's one thing I know, it's that boxers are liars.

And if there are two things I know, it's that boxers aren't very good at English... "Wilder and I are done for now."... Come on, Tyson!

The fact remains- Deontay does not deserve to fight Fury again right away… Even if it's a fight people feel would be the most competitive.

First off, Fury has nothing left to prove.  His resurrection off the canvas in the first fight and then his domination of a gassed Wilder in Part 2 and 3 have earned him the right to move on.

Secondly, there are mandatories waiting in the wings for their own shot at a strap.

Third, Fury has a very clear path to unifying the heavyweight division… A feat that might not produce the fireworks of Part 4, but will certainly resonate in the history books louder than beating Wilder a third time (plus the draw).

But what about further down the line?

Could we see these guys fight for a bag in maybe 2023, after the division shakes out in whatever direction?

My answer is NO, and that's where Manny comes in.

Juan Manuel Márquez is one of the toughest sonofabitches (sonsofabitch?) to ever strap on a pair of gloves. 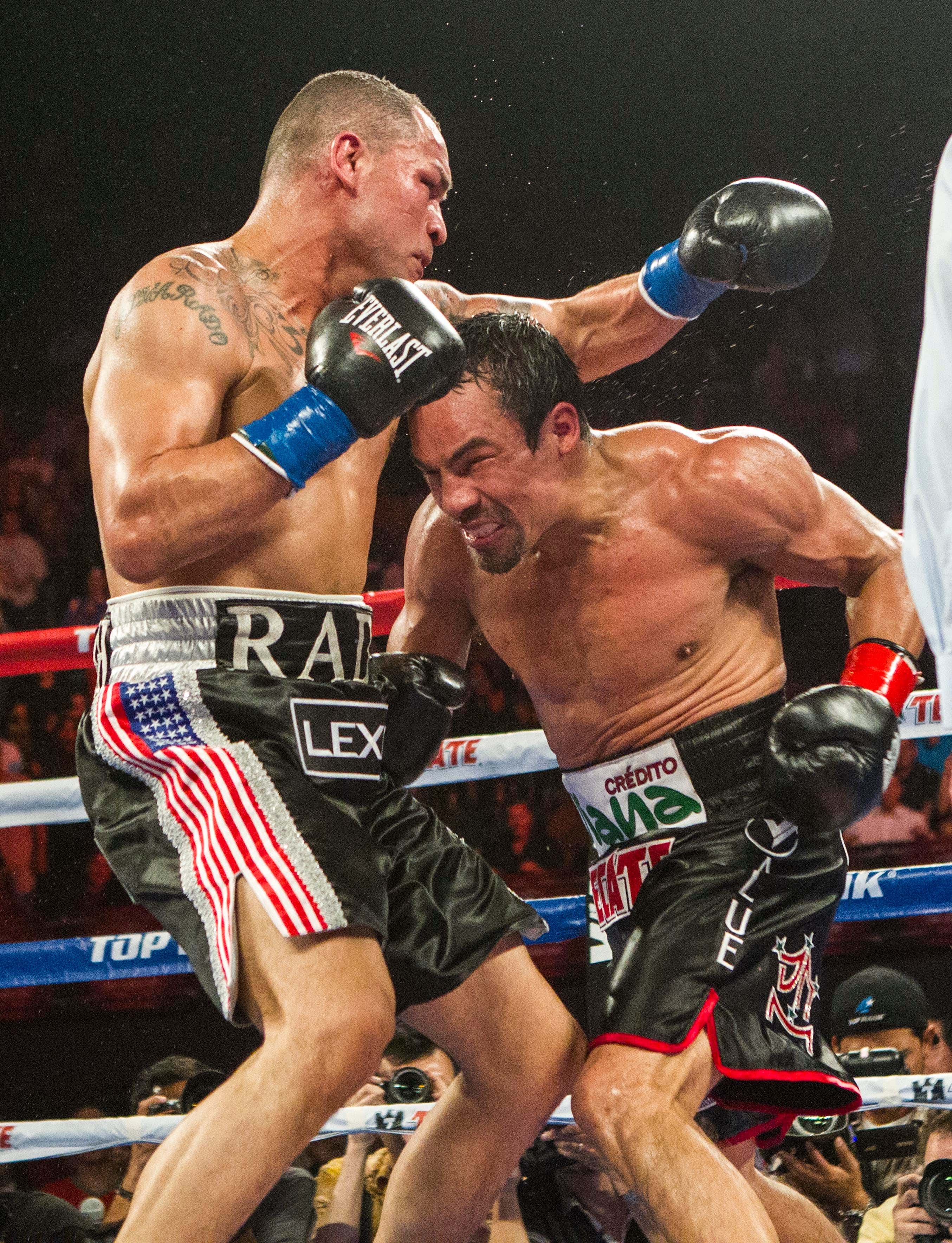 Top 5 Mexican fighters of all time… Fought for over 20 years… Retired with a record of 56-7-1… Was never knocked out.

And Márquez fought Manny Pacquiao three times between 2004 to 2011.

The first fight was a draw followed by two Pacquiao victories.

The biggest difference between these two matchups (outside of the size of the participants) was that unlike Fury vs Wilder Part 3, Pacquiao vs Márquez Part 3 ended in a controversial decision in Manny's favor… The decision was voted the "Robbery of the Year," in 2011 by The Ring Magazine readers.

That controversy is what spurned Manny to agree to the fourth bout, and in December 2012, the two met up again for the fourth time. 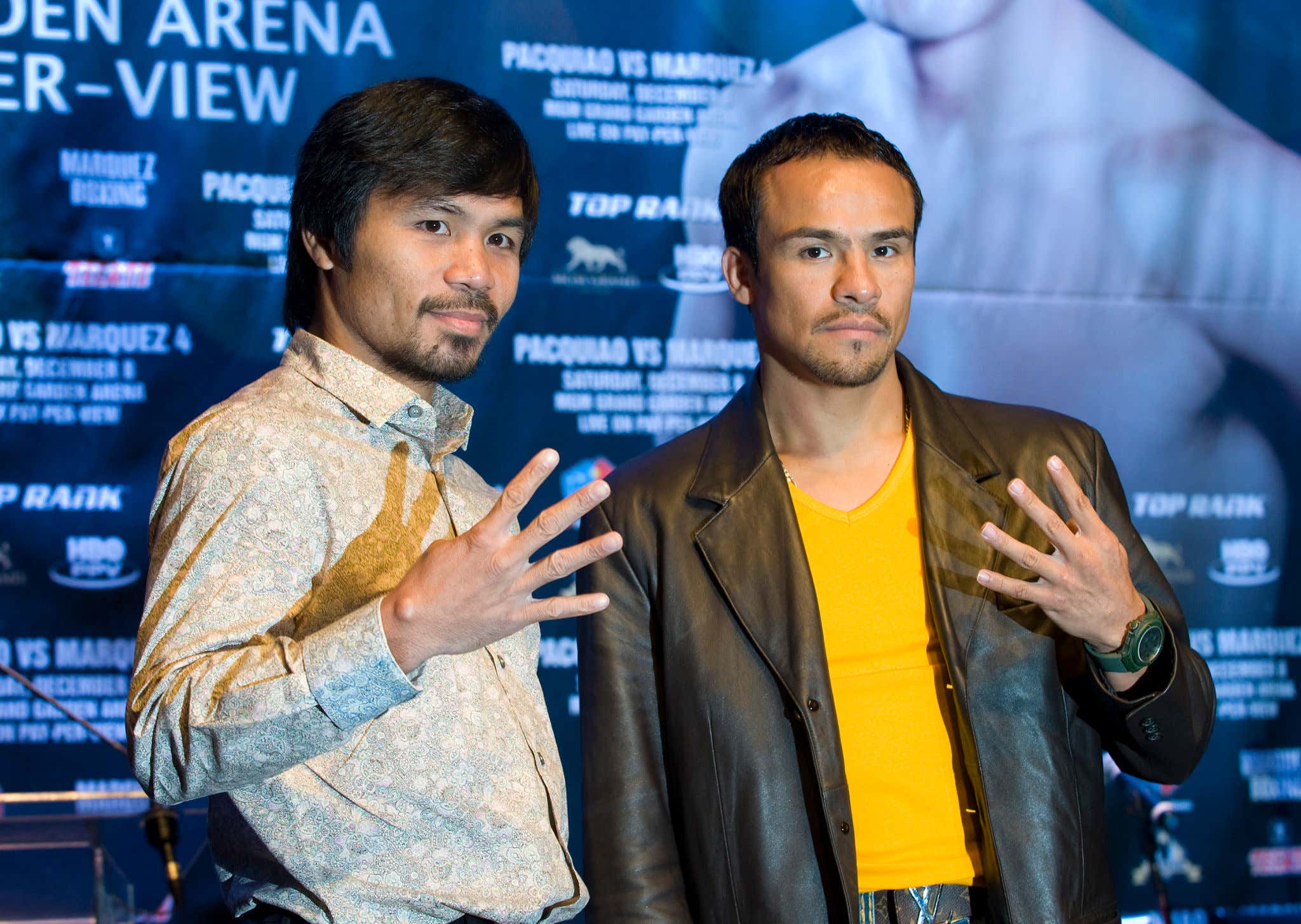 SPOILER ALERT FOR A FIGHT THAT HAPPENED NEARLY TEN YEARS AGO- With just 1 second left in the 6th round, Márquez countered Pacquiao's jab with an overhand right, sending Pacquiao face-first to the canvas. Pacquiao, who had not been knocked out in over 13 years, remained unconscious for several minutes… And Márquez won by knockout.

It's very difficult to beat the same fighter multiple times… Especially when your opponent is a devastating puncher like Deontay Wilder or an exceptionally skilled counterpuncher like Juan Manuel Márquez.  So that bag would have to be the size of The Squid Game piggy bank for Tyson to agree to a PART IV.

And as time goes by and younger stars like Jared Anderson push to the forefront, I don't see that bag growing large enough for Fury to take that chance.

HOWEVER, if I am dead wrong (and I often am), then I will be second IN line behind Dave to cough up the PPV money to watch them go at it one last time.

Last thing I will say about multiple rematches… Sugar Ray Robinson fought Jake "The Raging Bull" LaMotta 6 times in 9 years.  Robinson won 5 of those fights, but Jake had one of the greatest lines of all time…

"I fought Sugar so many times, it's a wonder I don't have diabetes."