[ESPN] - STOOPS KNEW THE value of hard work from an early age.

What happens when football guy meets blue collar guy? You get this. 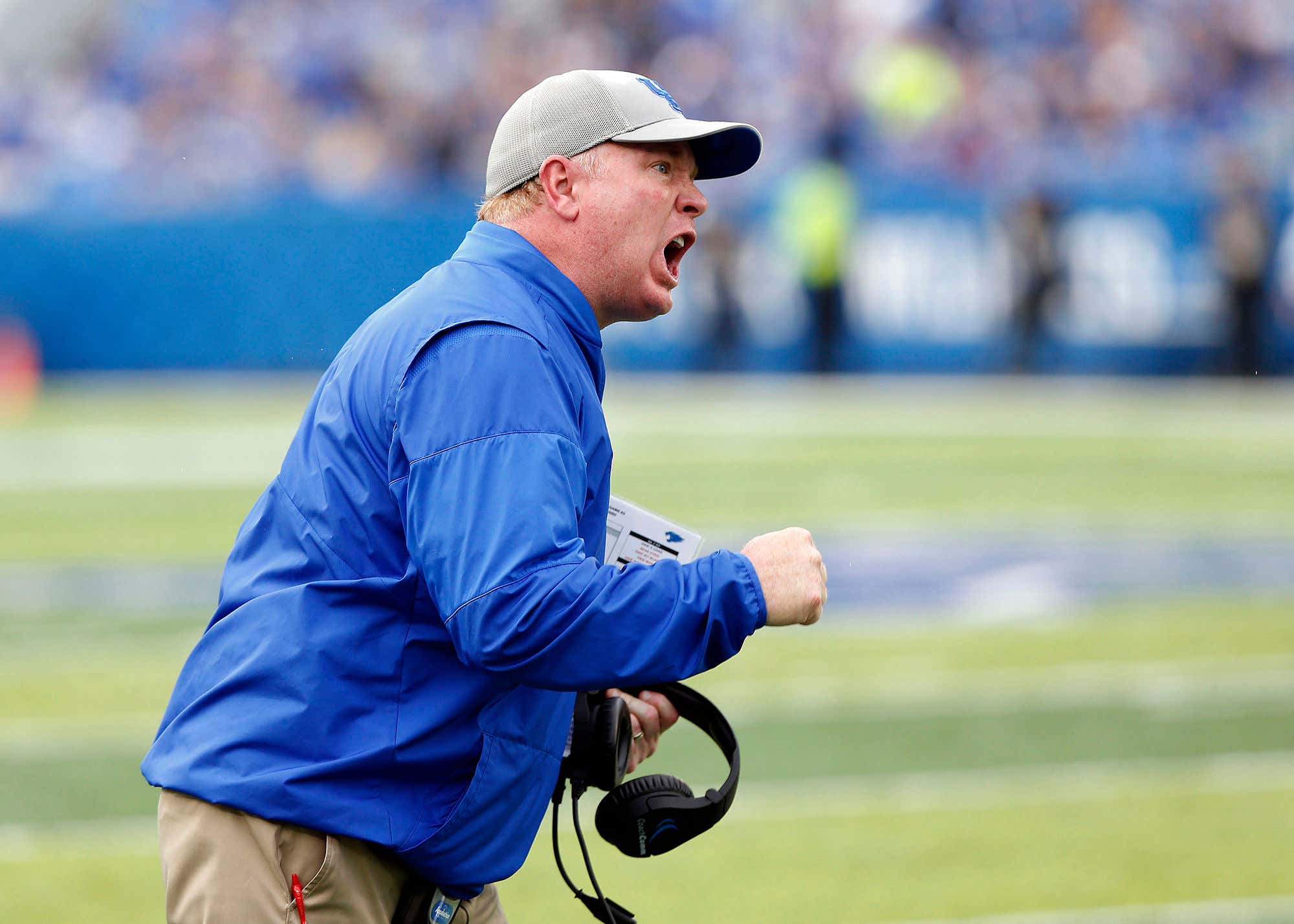 You also get this.

Not Tennessee. Not Florida. Not South Carolina. It's Kentucky. I tweeted it earlier this week, but it's getting weird now.

Kentucky football is everywhere this week. It's being talked about on every national platform. We're being talked about on Twitter, radio stations, the 3:30 CBS game in mid-October. This doesn't happen. It's happened twice that I can truly remember. The Georgia game a few years ago to win the SEC East and then the Florida game back in 2007. So yeah, shit is different and I love it. I also want to take a moment and thank Nebraska football.

On this night, they were talking about their hometown and how one of its native sons, Mark Stoops, had been named the head coach at Kentucky three days earlier. Then Pelini dropped some news: Stoops wanted to hire Marrow.

Marrow tried to play it cool, telling Pelini not to worry about it and focus on taking care of business tomorrow. But he had to ask: "What do you think?"

"And I'll never forget it," Marrow said. "He said, 'You can go there, but y'all will get your asses kicked.'"

Bo Pelini let Vince Marrow come to Kentucky. Vince Marrow is the most important person on Stoops' staff. He's one of the best recruiters in the game. He's the reason Kentucky has been able to recruit Ohio so well. He's one of the main reasons Kentucky is at the point we are. And if that's not enough, Nebraska gave us Wan'Dale Robinson.

Oh he's also the guy who leads the SEC in receiving. Not too shabby considering Kentucky is thought of as a rushing team and Chris Rodriguez leads the conference in rushing. Pretty good!

Stoops has won me over more than anyone ever could. He built a program, which is something we rarely see these days. He took over with us as low we could possibly be. Shit, we lost to Vandy. Now we're 11th in the country, 6-0 with a win over Florida already. We're staring another 10 win season right in the eye. We're guaranteed another bowl game and hoping for another New Year's Day bowl. This shit doesn't happen at Kentucky … until Stoops. Until he worked his ass off. Shout out Youngstown, Ohio.