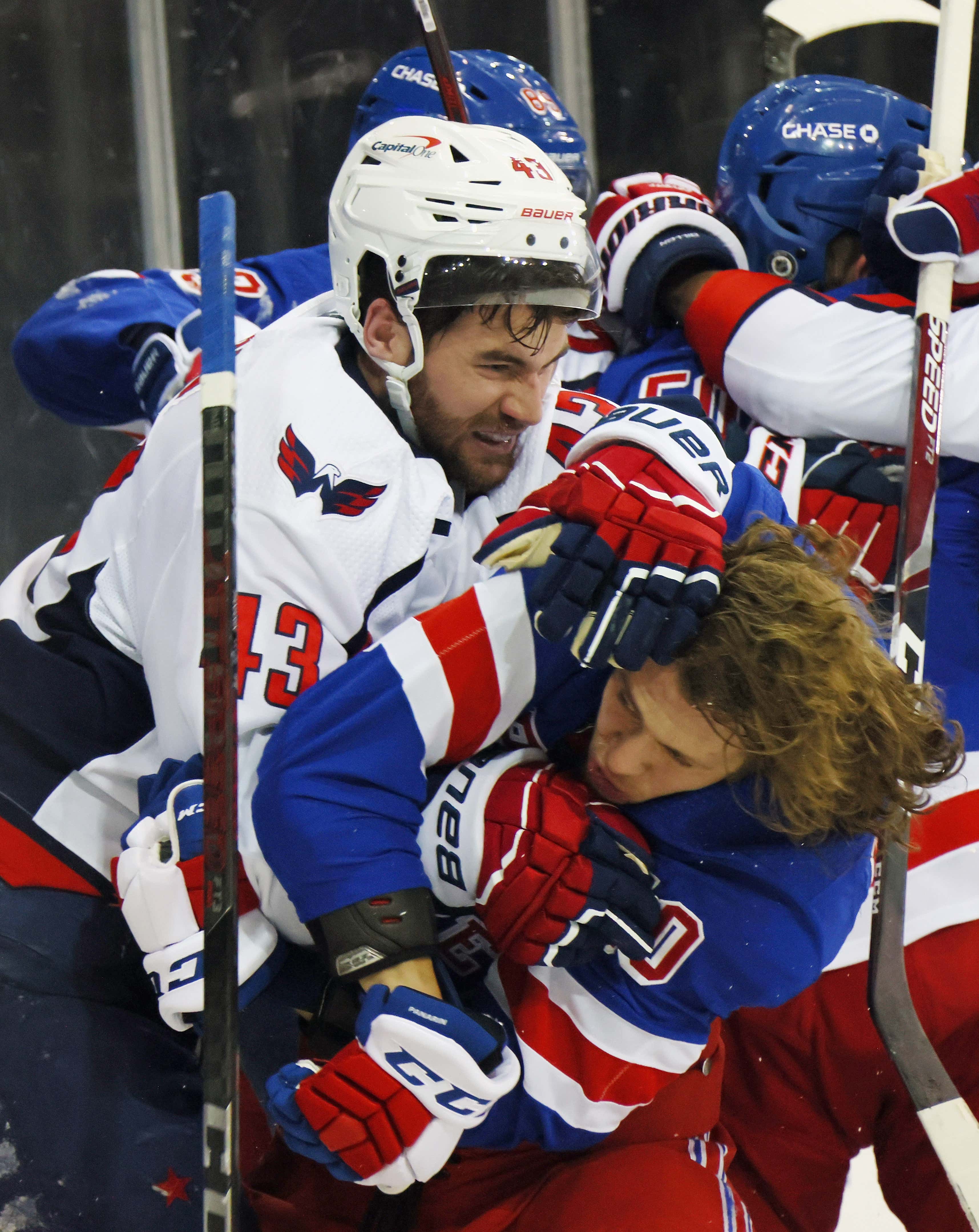 After an overhaul of the front office, behind the bench and bottom six grit it's finally time for the new look Rangers to take the ice and start proving whether or not all the turnover pushes them further in the right direction. The organization was determined to get themselves a coach who preached a straight-ahead style while stocking the roster cupboards with the sandpaper they were sorely missing. How that translates remains to be seen, but kudos to the NHL schedule-makers for letting them ease into their next era with an under-the-radar, cordial tilt for them to find their feet first. Imagine they instead had to square off on a national stage against the team and face that represents exactly why they made the changes they did…

Oh man I can't remember the last time I've been as jacked up for a Rangers season-opener. Every new addition know exactly why they're here - and while I don't necessarily agree Tom Wilson is solely responsible for their entire offseason, it's absolutely gonna look that way tonight. There's no arguing the baby Blueshirts were a soft group who were easy for bruising veteran squads like the Caps or Isles to push around. No matter how much the game has changed over the past 20 years the fact is part of the beauty of hockey is the physicality. The fearlessness. The ability to set the tone against your opponents by simply going harder & wanting it more. Those were elements the Rangers didn't have until names like Goodrow, Blais, Hunt & Reaves were sewn on the backs of their sweaters. Now it's time to flex in a major way to prove to the rest of the league that those carefree, bruise-free contests are no more - and no better spot to do so than against a rival who's exposed them repeatedly.

Obviously winning the game is the ideal scenario but honestly, that's secondary to me as a fan. At least for tonight. And it's not just about Tom Wilson revenge which is undoubtedly on the menu. I wanna see a new identity, even if that means going overboard for a night. The young Rangers have been bullied in the playground for a while now. They've had their feet dangling from the top of the seesaw but their big brothers are here to tilt it the other way. No need for line brawls or scumbaggery - but err on the side of aggression. If you're a tick late on a hit, make it anyway. If you're in a scrum, throw the first jab. Laugh in the face of the Caps resistance and make sure they know there's now a price to pay for every puck along the boards. For every inch of ice near the creases. For every liberty they even consider taking. And if they're on their best behavior? Pick on 'em anyway.

I want nothing more than the 2021-22 Rangers to be the talented, balanced, hard-nosed but disciplined playoff squad they're built to be. But for October 13, 2021…

…I want the Rangers to be the fucking bully.