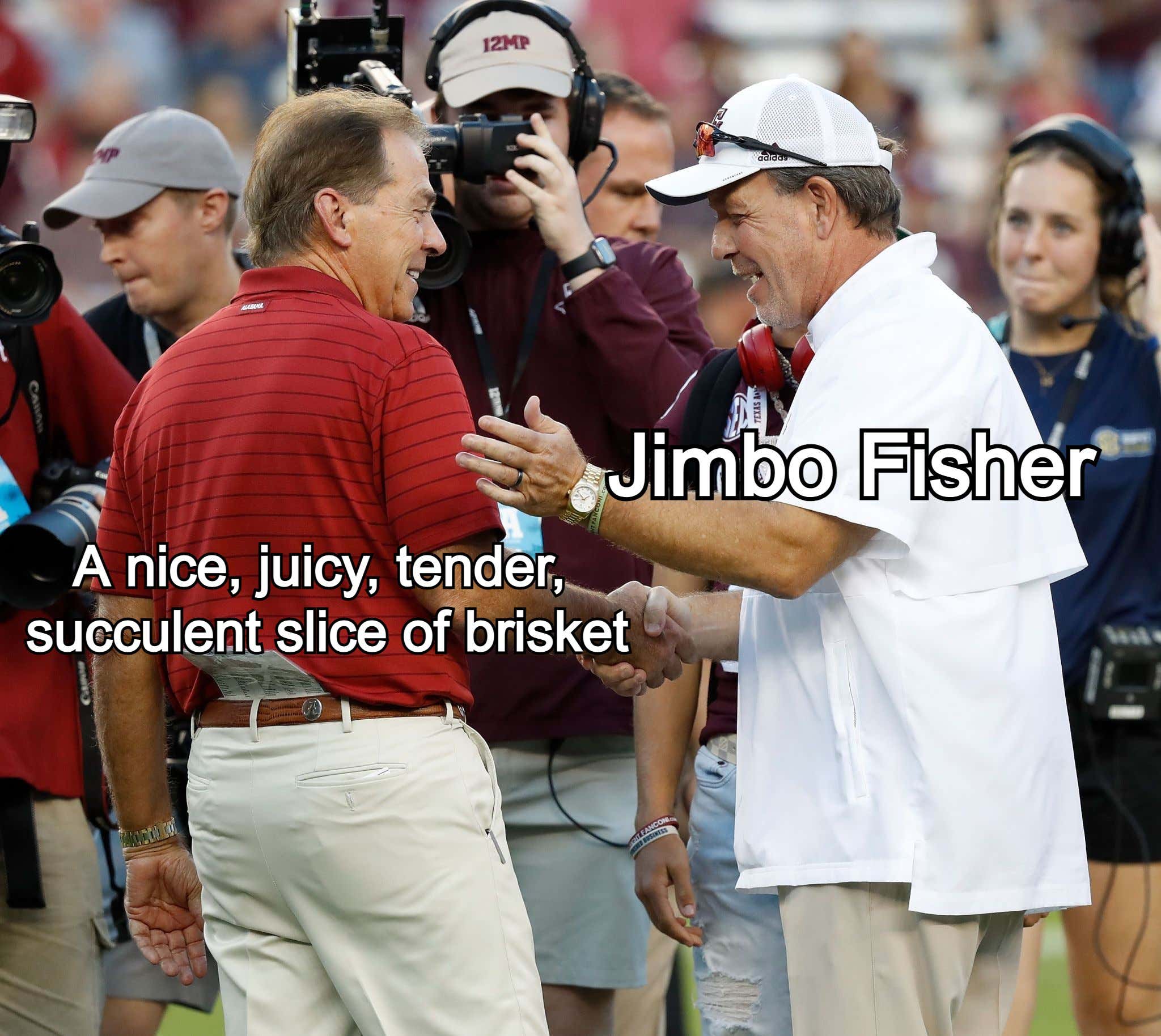 For those of you who don't know, a brisket is comprised of two separate muscles. You've got the flat, which is going to be the leaner end of the brisket.

And then you've got the point, which is going to be the fattier and more moist end of the brisket.

You go to any barbecue joint worth its weight in 16 mesh black pepper and they'll ask if you want lean or moist when they're slicing their brisket for you. Each of them have their own distinctive benefits. The moist is going to melt in your mouth. It's going to have a little more flavor to the bite since it has all that rendered fat. It's fucking immaculate.

But the lean? Well if someone hands you a perfect slice of lean that holds up under its own weight, pulls apart at the slightest tug, and has that little strip of rendered fat going across the top? Well a perfectly smoked brisket flat is tough to beat. Because if you got the flat right, that means you got the whole damn thing right.

I'd just love to know where he went to grab his next pound of brisket from after taking down the #1 team in the nation. If I had to put money on it, I'm saying Snow's.