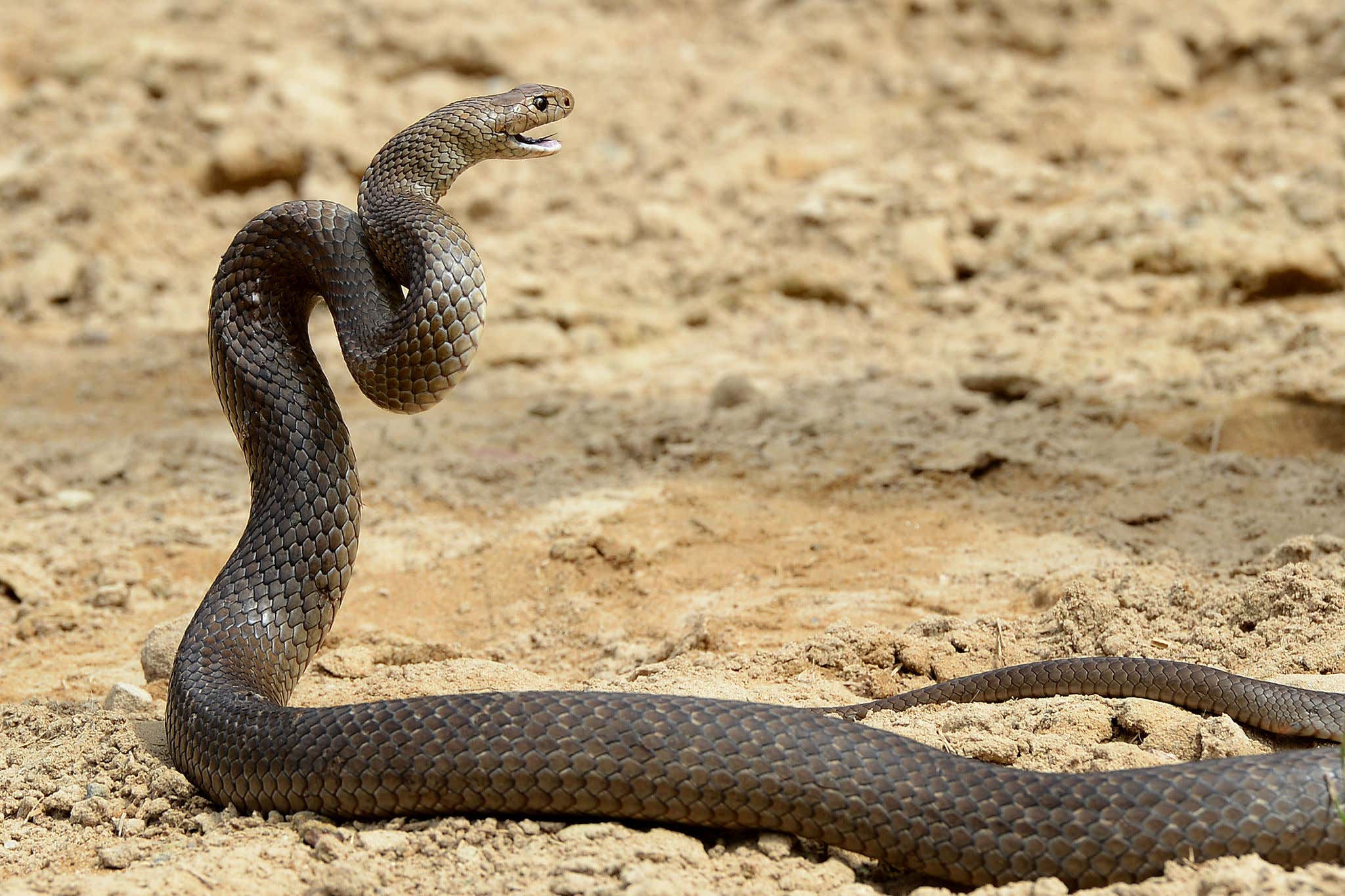 [The Sun] - AN INVASION of venomous snakes has hit Australia. Hungry serpents are being lured into homes across the country thanks to this year's devastating mouse plague.

It's only the beginning of the dreaded 'snake season' - which started last month - and catchers have already removed scores of serpents.

Sean Cade, owner of Australian Snake Catchers, removed an "extra-large" 6ft eastern brown snake from a western Sydney home at the beginning of October. And since then the expert has caught more than a dozen 5ft deadly eastern brown snakes - and upwards of 25 red-bellies.

He told 9news: "We're definitely seeing bigger ones coming out.

"They're bigger than average and a lot healthier."

Good Lord, I'm just going to go ahead and do a KFC-esque red mark over Australia. No thank you. I don't care that one of my friends lives there. I'm never visiting. First off we had a mouse plague. A MOUSE PLAGUE.

And now there's a snake season with bigger snakes? Nope. No thank you. Never. Australia is fucking terrifying, no other way to put it. There's always some weird animal stuff going on down there and if it's not dog related I'm not interested in animals. I'll let Billy Football and Sydnie handle the weird animal shit.

The scary thing is it's not just snakes. It's fucking VENOMOUS snakes. We got enough going on the world, you shouldn't have to be worried about massive snakes popping up in your house. That's where I draw a hard line in the sand. All I know is you have to be a LUNATIC to be a snake catcher. I can list basically a million jobs without even exaggerating that I'd rather do over being a snake catcher. Especially in Australia? You gotta be a loose cannon with no fear to be a snake catcher down there. Again, you're talking about a snake season that lasts months. Read that sentence again from the blurb. A dozen five foot snakes? FIVE FEET LONG.

I'm OUT on Australia.