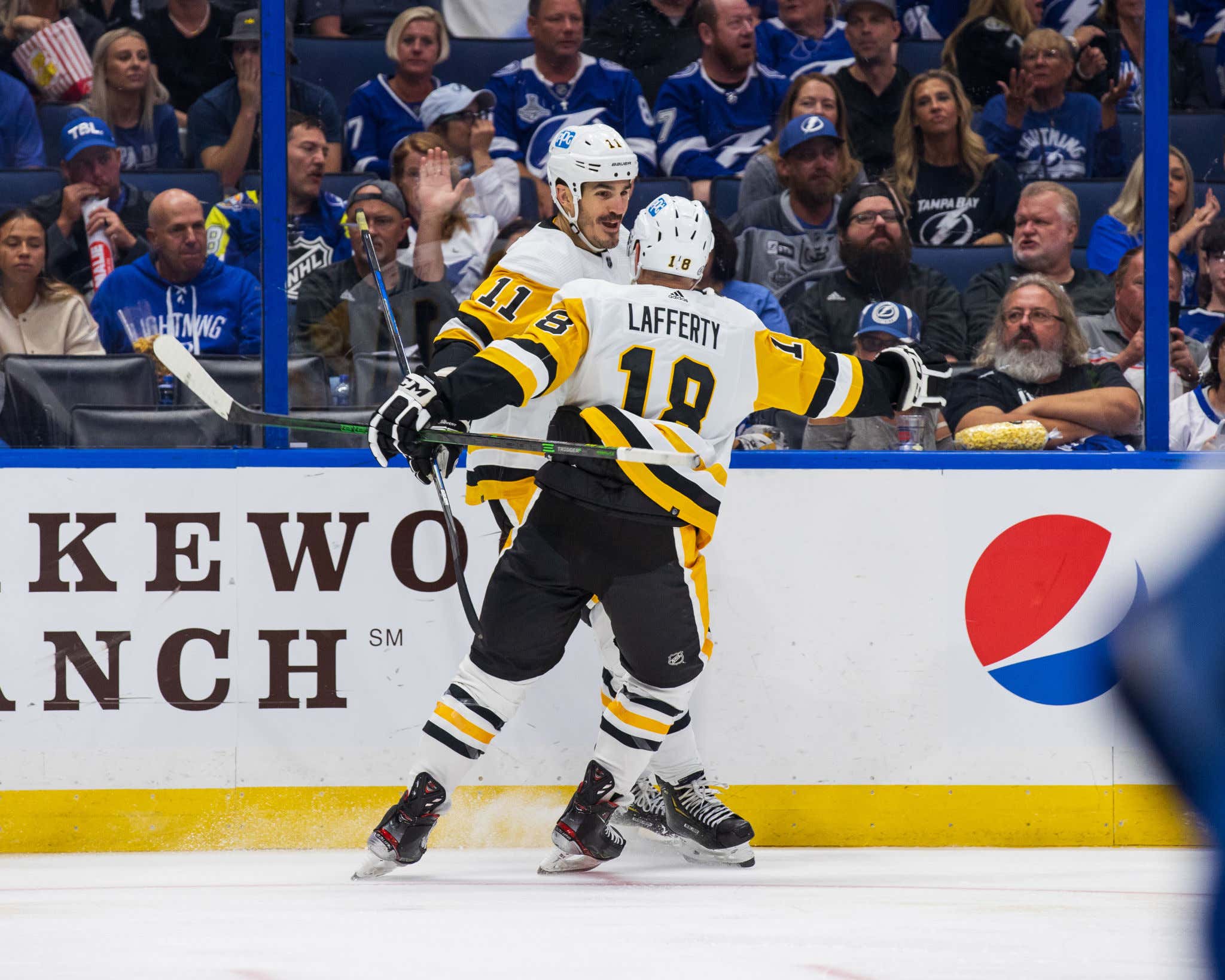 Brian Boyle have yourself a night you goddamn beauty.

By now I'm sure that most hockey fans know the story of Brian Boyle's health. He was diagnosed with chronic myeloid leukemia during the '17-18 season and still ended up playing 74 games that year. Dude is tough as balls. Then he kicked cancer's ass, it went into remission, and it was back to just being a total stallion on the ice.

Unfortunately Boyle couldn't find himself on a roster on any team last season. Maybe it had to do with teams being concerned about his health during a pandemic. Maybe it had to do with the fact that he was 35. Either way, he didn't play a single game in the NHL last season for the first time since his days at BC. But he kept working, captained the US team at the World Championships, and then got himself a PTO with the Penguins this year. And yesterday this morning) he signed his one-year deal with Pittsburgh.

Gets on the board against the team he wore an "A" on his sweater for 3 seasons with.

What a story. What a comeback. What a way to get the season going.