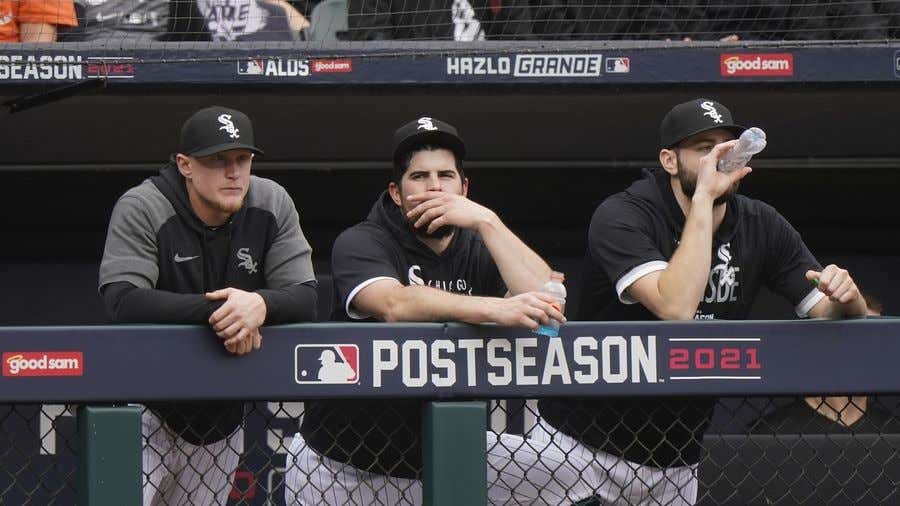 The Chicago White Sox just got popped out of the postseason by the Houston Astros following an ugly 10-1 loss in Game 4. I was excited about this series. I thought it would be competitive, and it would be close, but it wasn't. Despite the White Sox rallying back to win Game 3, I never really had much doubt after Game 1 that the Astros weren't going to take care of business. Sadly, as it pertains to the AL Central, this is a story we've seen before.

Let's flashback to 2016 for a minute. Cleveland dominated in the first two rounds of the postseason, winning seven of the first eight games that they played before they ultimately came up short against the Cubs in a classic World Series that year. The Indians ran away with the AL Central, but it is worth noting that the Tigers that year won 86 games. While they missed the playoffs, they were a legitimately good team with some boppers in their lineup and two studs in their rotation in Michael Fulmer and Justin Verlander. The Royals, who were coming off in the world championship season, also finished above .500 that year. In 2017, the AL Central got two teams to the postseason. The Twins lost to the Yankees in the Wildcard Game. The Indians won 100 games, including 22 in a row at one point, breaking the American League record. They won the first two games of the ALDS against the Yankees and proceeded to fall apart, losing the next three games and losing the series to New York. Then, the real problems began.

In 2018, Cleveland won the AL Central with a 91-71 record in a historically awful division. They were quickly swept out of the postseason by a much better Astros team. No team in the AL Central that year finished above .500 except for Cleveland. In 2019, the division was a little bit better. Cleveland was still in 90+ win ball club, and the Twins emerged as a 100+ win club, winning the division before getting curb stomped by the Yankees in the ALDS. Last year, in that wacky Covid year, the Central put three teams into the expanded postseason. The Twins got swept (again). The Indians got swept (again), and after winning the first game of the Wildcard Round, the Chicago White Sox lost the next two to the Oakland A's, meaning that of the three teams that represented the American League Central in the postseason last year, none of them made it past the first round. And I already told you what happened this season. The American League Central has won 2 playoff games over the last four seasons, and they have not had a single team make it past the ALDS since 2016 when the Indians went to the World Series.

Why does this keep happening? Well, the obvious answer is that the other teams are just better, and this is true. The Astros are an absolute juggernaut, but I think there's more to it than that. The competition in the American League Central stinks. The Chicago White Sox ran away with a division this year, winning 93 games in the process. It is also worth pointing out that no team within the division finished with an above .500 record other than the south siders. You play every team in your division 19 times a year. That means that 76 games, almost half of the White Sox schedule, were against teams below .500. If you include non-divisional opponents, the White Sox played 99 games against teams that finished below .500. By comparison, the Astros played 86, and the Tampa Bay Rays, who finished with the best record in the American League, only played 76 games against teams with a below .500 record. The Red Sox, who just advanced to the ALCS, played 62 games against teams with fewer than 81 wins. The competition level in the American League Central has become subpar at best, and I feel like it's hurt teams in the postseason for five years now.

So how does this get fixed? It's a bit of a wacky idea, but hear me out, I think it's time we consider some slight divisional realignment. I don't believe it's healthy for four teams in a five-team division to finish below .500. I also don't think it's beneficial for four teams in a five-team division to finish with 90 or more wins, which happened in the AL East this year. Since the divisional realignments in 1994, the American League East has been one of the more rigid divisions in the sport. A big reason for that was because, for about two decades, you had the Yankees and Red Sox going at it almost every year. Again, times have changed. What happened in the AL East this year is not some one-year fluke. Do I think that four teams are going to win 90 games again next year? Probably not, but The last time the Yankees were legitimately bad was before I was born. If you exclude the crapshoot that was the 2020 Covid season, the Red Sox have not had a subpar regular season since 2015. The Rays have not had a poor regular season since 2017, and the Jays are absolutely on the up and up with an explosive offense and an excellent rotation. Suppose you want to even out the level of competition. In that case, it's simple, move the Toronto Blue Jays to the American League Central and trade them for any other team currently in the AL Central, excluding the White Sox. Now, is it possible that my Tigers turn things around and return to prominence over the next several years, evening out the AL Central playing field? For sure, and I've written several blogs discussing why I think that's potentially going to be the case? Regardless of whether or not they improve, it's clear that the current divisional alignment in major-league baseball is too lopsided. I feel like there's going to be some change that has to occur because the playing field in the postseason doesn't seem like it's a level anymore. It will not surprise me if this is discussed in the new CBA. It's not just a pattern anymore. It's a trend and one that hopefully stops soon.