I see both sides of this. On one hand, if any other player acted like this at the table, they'd immediately be given a warning at minimum, and a one round penalty wouldn't be out of the question. The floor has very little tolerance for disrespect or belligerence, and players have been penalized, and a couple straight up banned, for similar antics.

On the other hand, this ain't golf. Poker has always relied on characters like Phil to grow the game. Whether you like it or not, tantrums, blow-ups, and fits at the table are uniquely Phil and weirdly enough have helped grow the game. A Phil Hellmuth throws a temper tantrum at the table compilation will always get a ton of views, shares, and bring eye-balls to the game.

Plus, I don't know, this is funny. 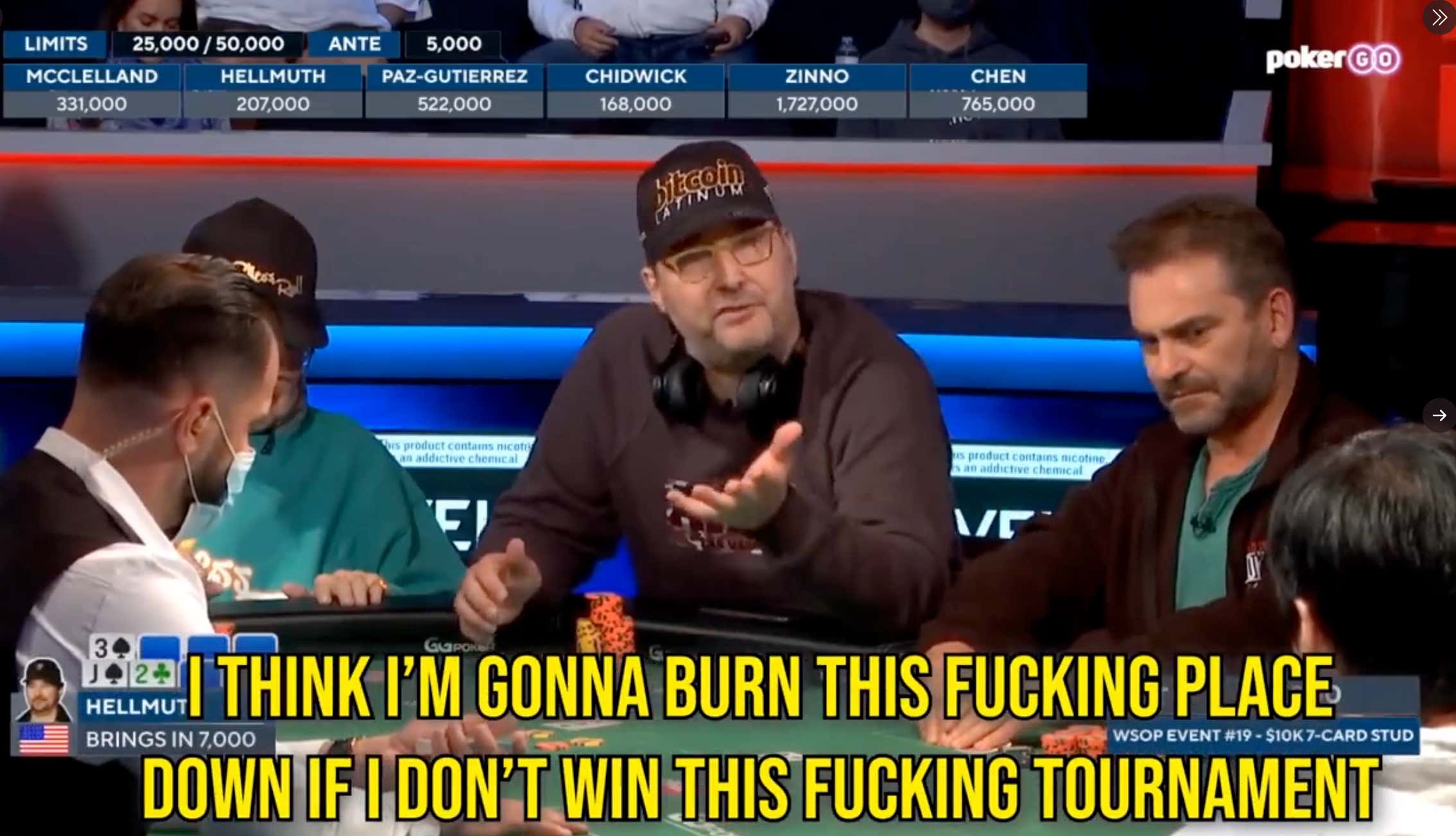 What Phil can't do is belittle the dealers, throw his cards at them, etc. That's my line. Dealers are just punching in, punching out. Doing their jobs. They simply deal the cards and don't have any involvement nor care about who wins or loses. Phil tossing his cards at the dealer shouldn't be tolerated.

The rest of it though? Yeah, it's childish and makes him look like a fool perhaps, but I also think there is room in poker for it at times. We need personality. We need outspoken lunatics. I would prefer everyone at that table fought back at Phil, put him even more in a tizzy. Fight fire with fire, and make good entertainment.

I also think Phil should get a longer leash because of who he is and what he's done for poker. But he has to be a little better than the above. A little bit.

Mintzy talked to him after his bust out last night. Exclusive sideline reporting from the Mintz Man:

We will have 2 episodes of Cracking Aces this week- today me and Owen talked about the Phil Hellmuth story, and then on Thursday Mintzy and Smitty will be back in studio to recap Mintzy's 3 months at WSOP.