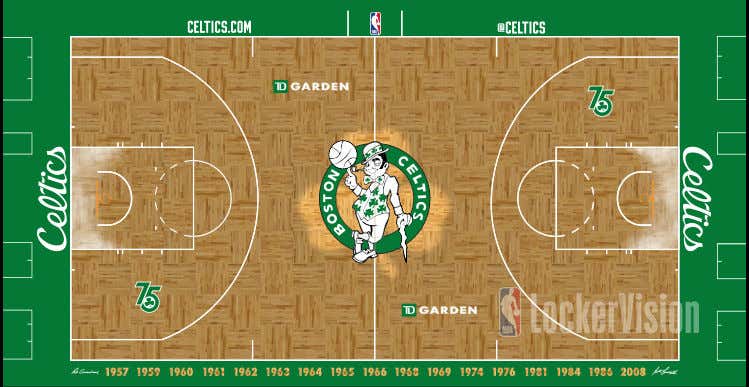 Well well well look at what we have here. I love a good internet leak, doesn't matter if it's about new jerseys or new floor designs. So when I saw this on the timeline, I didn't know how to feel initially. You see, when it comes to the Celts, I'm of the belief that you don't need to mess with something that isn't broken. This is especially true of their jerseys. The classic look is iconic. It's why they are one of the few teams in the league that haven't really changed. Their alternates are usually hit or miss, more often than not being a miss. Yes, I'm still not recovered from this disaster 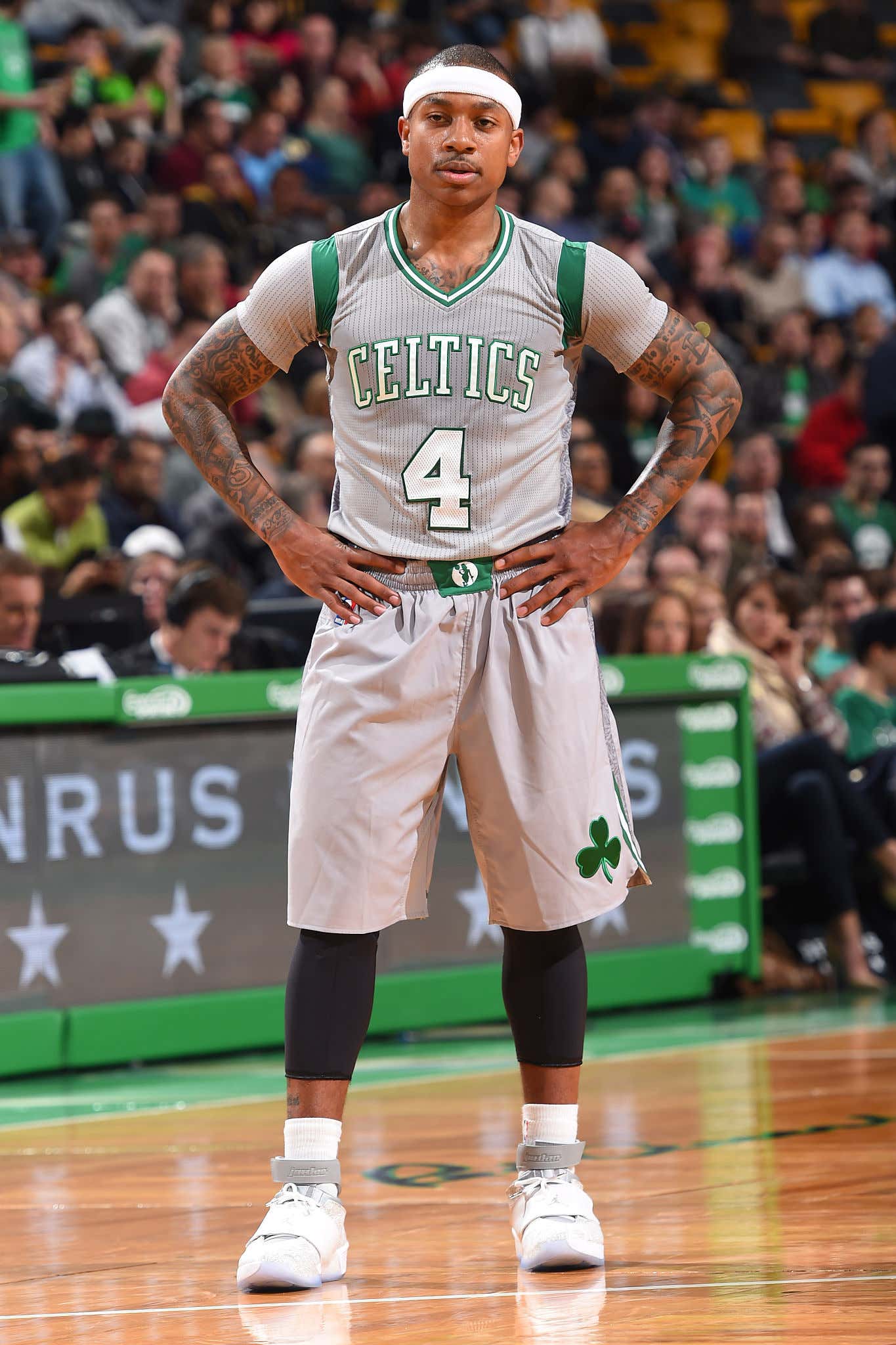 When it comes to the parquet floor at the Garden, it's been relatively the same story. Nothing really changes because why would they? It's both gorgeous and timeless. Well with the 75 year anniversary it looks like we have a revamped floor. I have to say, I'm conflicted. Let's break it down to what I think works and doesn't based on these renders. As always things may look different in real life, but this is what we got.

- Love the center logo and shamrock behind it. That's pretty clean. I'm a little apprehensive how a darker parquet floor will look, but this is something I imagine looks better in real life/on TV

- I think the titles along the sideline work really well. Love the tribute to Red on either side and I also like how they didn't do this on both sides. That would have been too distracting in my opinion

- I'm not sure what the hell is going on in the paint. At first I thought maybe that was snow or frost? You know, because of the New England climate during basketball season. Then a stoolie threw out the idea that maybe it's cigar smoke as a tribute to Red. That's much better, but I don't love this design idea. If you want to make it smoke, smoke out the entire paint. I'll be curious to see if this part of the design makes the actual floor. It's just very confusing and frankly I don't think it looks all that great being that small part under the basket. 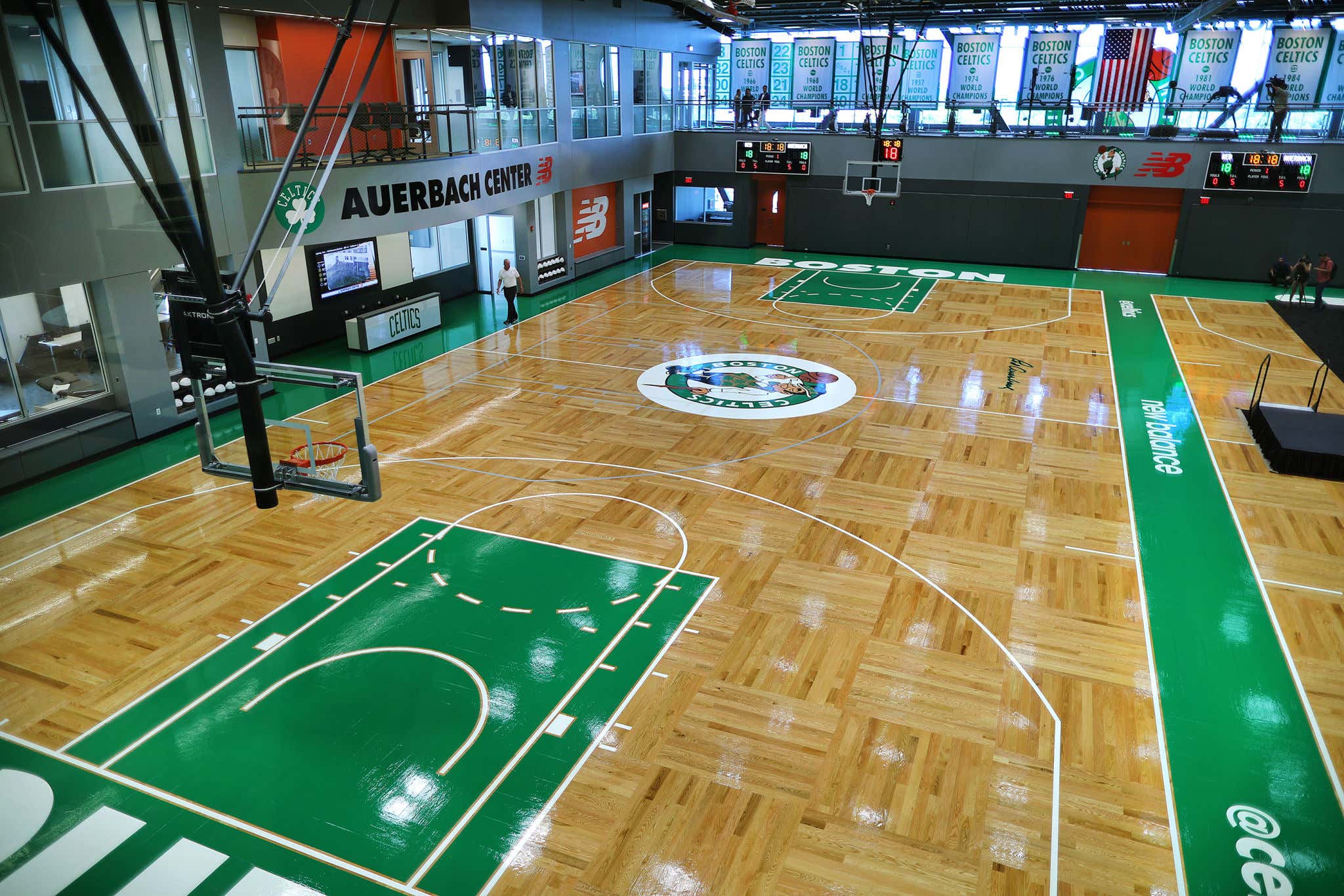 But this new court is only half of it. We also got a look at the new jerseys and well….things aren't as great

I'm just not feeling these at all. They really remind me of the old Summer League jersey from 2017 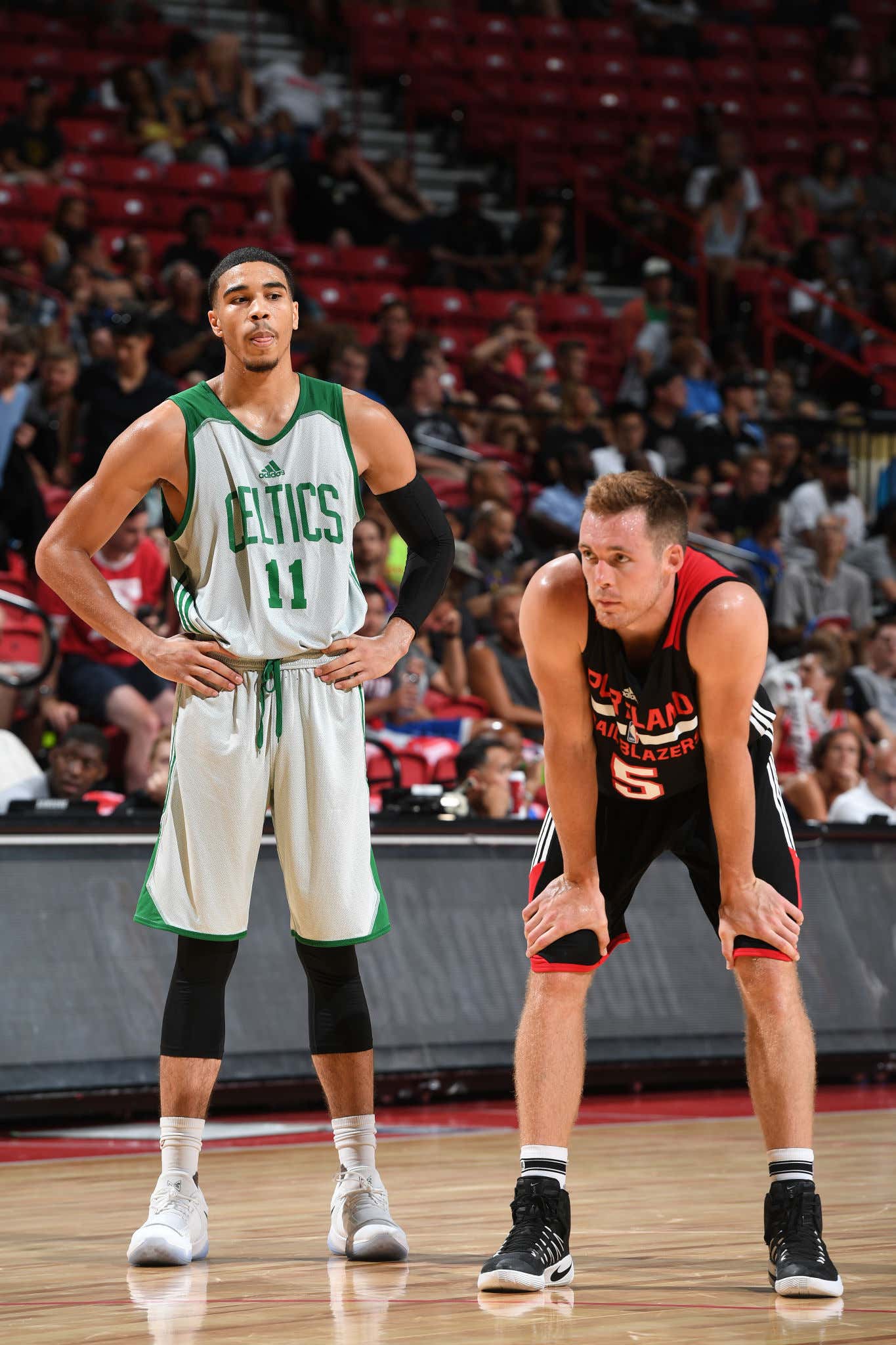 I'm not sure what's going on with those shorts. Maybe it's still having PTSD from the Banner jerseys that looked good in theory but never truly worked for me in reality. I'm starting to think that Nike is doing this on purpose with these designs because they've all been pretty terrible. If I give the court a 7.5/10, those jerseys are lucky to be a 4/10. I get that teams have to do different things for the "classic" edition, but do those make you feel like the classic Celtics? Why not just redo something that actually is a classic? Maybe use the old font size or something, I dunno. I know nothing screams classic Celtics like a 2017 Summer League jersey.

So first impressions, I'm in on this court for the most part and out on the jerseys. Granted I reserve the right to change my opinion once we see it in real life, but I doubt that happens.