Those damn Russians. This right here is one of the sauciest acts of war you'll ever witness. Because they knew the NHL season gets underway tonight. They knew that there's a new broadcasting deal here in the US and the league is trying to introduce the game to a whole new audience. And what do they go out there and do?

They just haaaaaaaad to go out and score one of the most preposterously filthy goals you'll see all year. I mean sure, you've got the 2x defending Stanley Cup champs going up against Sidney Crosby tonight. Sure, you've got a brand new expansion team playing the first game in franchise history tonight in Vegas. But how in the everliving heck is anybody expected to compete with that tonight? You can't.

And now I'm starting to think that this goes even deeper. We know that the Russians know a thing or two about collusion and leaking emails. Did the Russians leak the Gruden emails just so ESPN would talk more about Gruden being out with the Raiders instead of talking about the NHL season starting up? It just seems like the timing on this is a little too convenient.

Either way, nasty nasty goal. Hell, even the first touch coming out of the zone was pure filth. But to then follow that up by completely undressing the defender and going between-the-leg top bunk right over the goalie's shoulder? Sick sick sick.

Sidenote: Goalie deserved to get dunked on with that facemask. 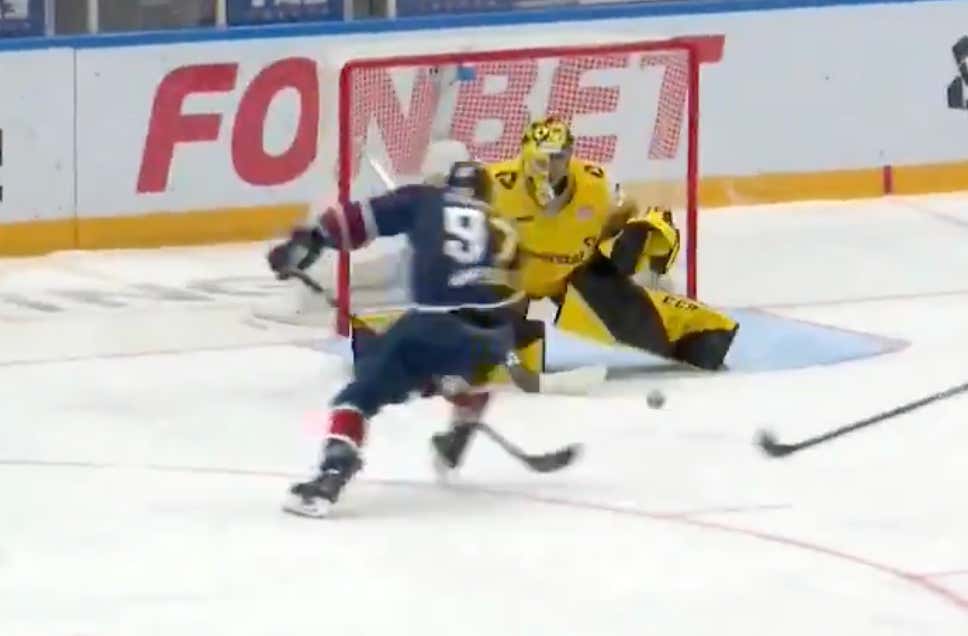 Two tone down the middle? Yucky.