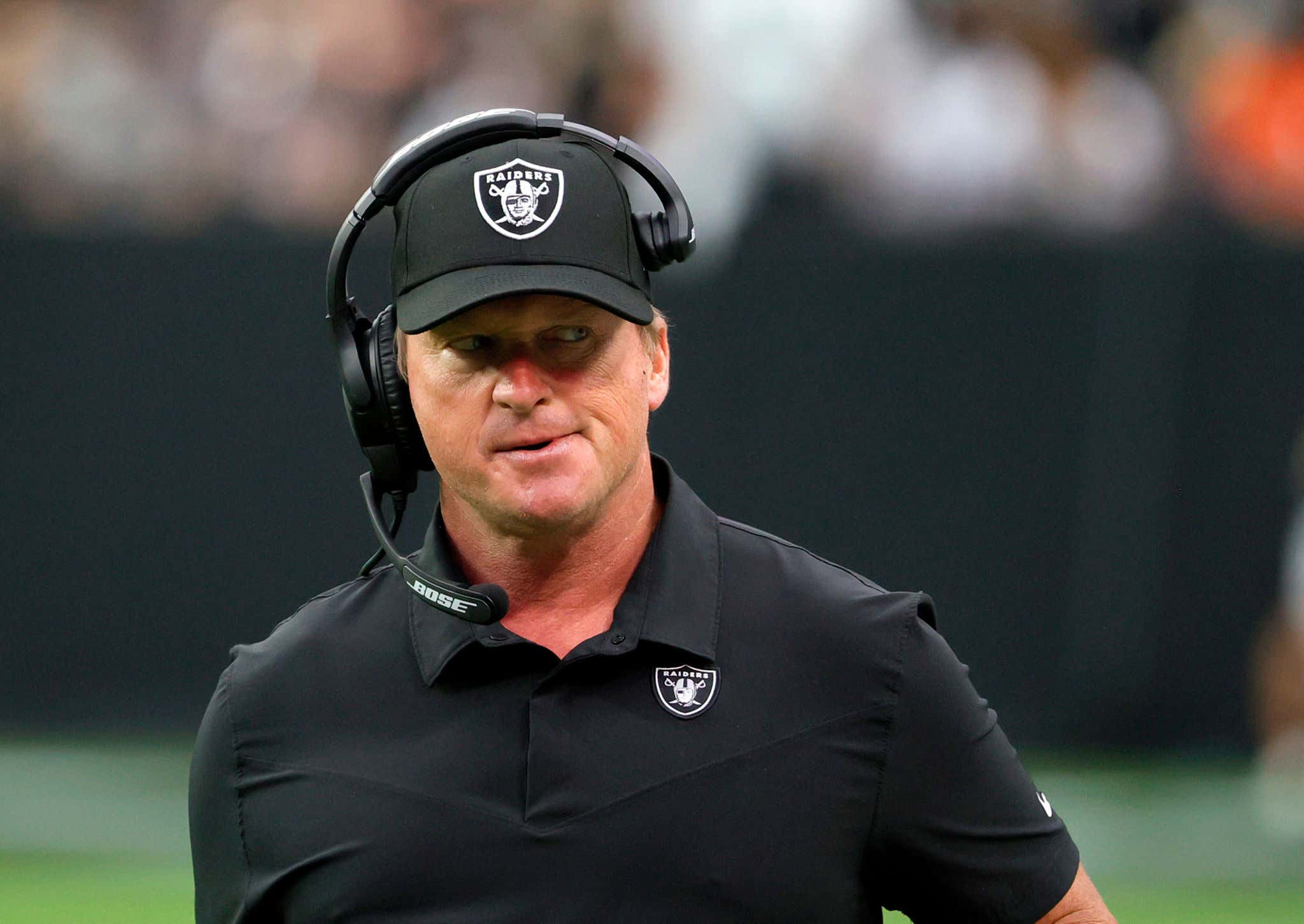 As a general rule, I truly believe that most reasonable people think there should be a Statute of Limitations on bad ideas. Society changes. The notion of what's considered acceptable evolves. Things you said 20, 10, even five years ago don't necessarily reflect who you are today. Eddie Murphy's old HBO specials from the 1980s won him the Mark Twain Award for comedy, but would render him unemployable today.

And sometimes, when we dive too deep into someone's past attempts at self expression, it's going too far. Think Kevin Hart getting booted out of a gig hosting the Oscars over old Tweets or Justin Timberlake being dragged for not being a great boyfriend to Britney Spears a decade ago.

Then again, there are other times when the things people did or said back in the day are indefensible. Regardless of how far "back" the "day" was. Which brings us to one of the most influential, recognizable, face-of-the-NFL public figures of the last 20 years.

NY Times -  When the vaunted N.F.L. coach Jon Gruden was confronted with a racist email he had sent in 2011 to insult the head of the players’ union, he said he went too far but didn’t have “a blade of racism” in him.

But league officials as part of a separate workplace misconduct investigation that did not directly involve him have found that Gruden … casually and frequently unleashed misogynistic and homophobic language over several years. …

Gruden’s messages were sent to Bruce Allen, the former president of the Washington Football Team. … In the emails, Gruden called the league’s commissioner, Roger Goodell, a “faggot” and a “clueless anti football pussy” and said that Goodell should not have pressured Jeff Fisher, then the coach of the Rams, to draft “queers,” a reference to Michael Sam, a gay player chosen by the team in 2014.

Daily Mail -  Jon Gruden … has apologized for using racist imagery to describe an NFL players' representative's lips as 'the size of Michelin tires' in an email he sent in 2011, the Wall Street Journal reported on Friday.

Gruden, who was working as the analyst for ESPN's Monday Night Football at the time, was contrite about the offensive email, which was sent to a team executive, Bruce Allen, ten years ago.

To use one of the most overused cliches of our times, there are hills you choose to die on, and hills you do not. Gruden has apologized about the DeMaurice Smith comments. He's been backed up by no less a credible source than Hall of Famer Tim Brown:

Larry Brown Sports - “I’ve heard Jon use the term rubber lips before, meaning that this guy’s double-talking, or he’s doing whatever,” Brown said, as transcribed by the Las Vegas Review-Journal. “That’s just a term that he uses.”

Brown added that he has never experienced anything in all his years of knowing Gruden that indicated Gruden is racist.

And while there is zero reason to doubt Tim Brown's sincerity, as the lawyers say, you can't unring a bell.

Bear in mind too, that when Gruden was sending these emails, it was just 10 years ago. You can find old Looney Tunes from the 1940s where Bug Bunny is using some of these same tropes and maybe - maybe - cut him some slack because it was a different time and he was a wisecracking, anthropomorphic cartoon rodent. This is not such a case.

In 2011 we had a fully functioning internet operating out of everyone's pocket. It's not like it was the Antebellum South in which Gruden was using his supposed "rubber lips" putdown. (Not that that would be an acceptable defense either.) This was goddamned 10 years ago and he didn't have the wherewithal to self edit his criticism of the head of the NFLPA in a way that wasn't blatantly racist? That wouldn't understandably offend everyone? I mean, you don't have to be of any race or sexual preference to understand the wrongness of talking about lip sizes and "queers" in your work related emails. As soon as you press SEND on those thoughts, you're basically asking to get fired, sooner or later.

I simply don't see how Gruden has any choice but to admit he was wrong, fall on his sword and commit professional seppuku. How does he keep the respect of his players and coaches? How does he convince any of them that "queers" and "michellin (sp) lips" is just him talking, no harm, no foul? And how does he keep their respect as he's telling them not to be a distraction when he's standing in a burning building that he himself set fire to? That's hardly the way to operate when you're the face of a billion dollar franchise. Never mind one that just moved to a new city that built you a $2 billion dollar monument to wretched excess to play in.

There are things you can defend. These emails are definitely do not qualify, regardless of whether they're accurate depictions of Gruden's true beliefs. As an old mob boss once said, "Never write when you can speak. Never speak when you can nod. Never nod when you can wink." Gruden put his career-killing thoughts in writing for some bizarre reason. If he didn't quit, he'd have to be fired.