Great Snake Draft this week in my opinion. I love animals. Big animal guy. Personally own a dog and 5% of 4 different race horses, not to brag. We had Sydney and Billy on this week. Big time animal enthusiasts. Lots of facts thrown around and I tossed out my favorite. Bison/Buffalo got drafted, as it should as the official mammal of America. So I told the story of how the species itself was largely saved by none other than Teddy Roosevelt. This guy 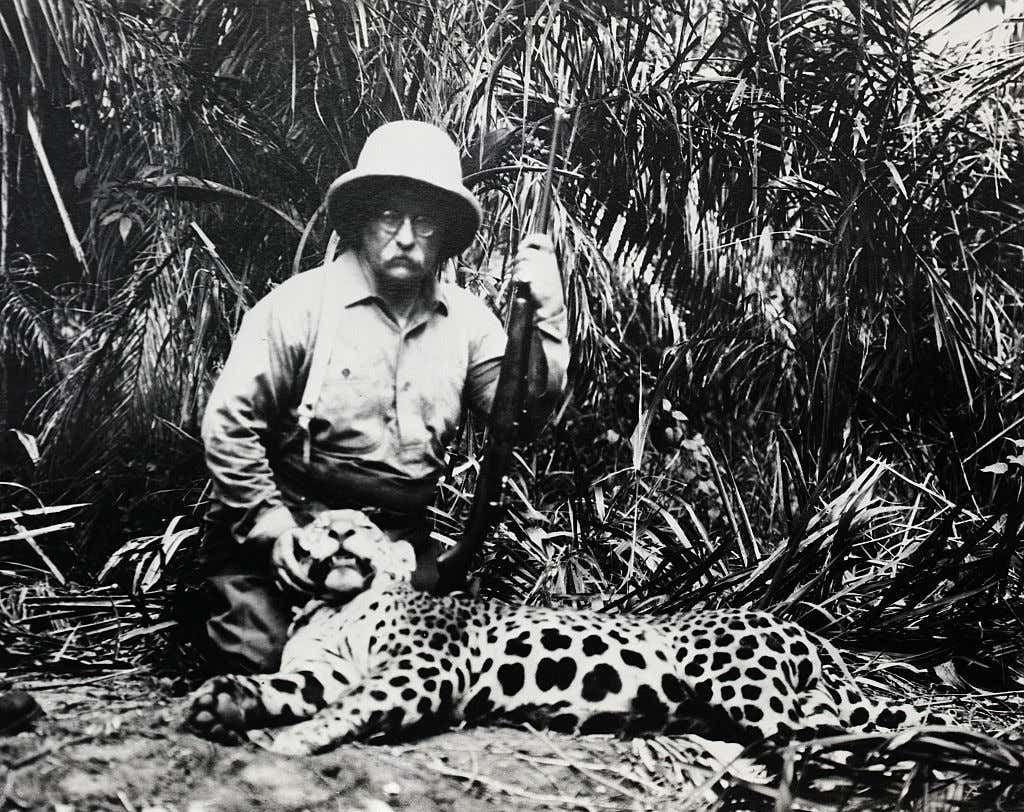 Teddy fucking LOVED killing shit. Traveled the world to hunt big animals. He went to the Amazon, Central Asia, Africa, and all over the North American continent just trying to scratch that little blood thirsty itch he had. The American Buffalo was no different.

White people LOVED to hunt the buffalo. First Nations people did too. There are conflicting stories to the degree at which they hunted the bison on the plains, but many people now say that the introduction of the horse to North America by the Spanish allowed the First Nations people to decimate the bison population. Then the European diseases that the Spanish and others brought with them decimated the First Nations population so much that the bison had almost zero predators during the early days of the United States. When Teddy Roosevelt was a kid there were 10 people per square mile in America and 17 bison per square mile. By the time he was elected to the VP in 1900 there were 25 people per square mile and the bison was nearly extinct.

Teddy personally went on two bison hunts. He killed his first bison in Montana at the age of 24. Then later he killed another in 1889, ten years before he was elected VP. That bison hunt hit differently

"So for several minutes I watched the great beasts as they grazed…mixed with the eager excitement of the hunter was a certain half-melancholy feeling as I gazed on these bison, themselves part of the last remnant of a doomed and nearly vanished race. Few indeed are the men who now have or evermore shall have, the chance of seeing the mightiest of American beasts, in all his wild vigor, surrounded by the tremendous desolation of his far-off mountain home".--TR

Basically Teddy Roosevelt killed one of these magnificent beasts and had a big time "OH FUCK" moment. He realized then and there that he was contributing to the extinction of one of his favorite things…wild life. When he became president he began preserving wild life through the creation of many National Parks and National Forests. He worked with the American Bison Society during his presidency to bring the bison population back and now the species is healthy enough to be considered livestock in many places.

When big business started getting pissy with Teddy about blocking all this land all over the country from mining, farming, and development they lobbied hard against him. They said that "if this land is truly for the people well then the people should be able to benefit and profit from the land". And Roosevelt replied that the land belong to those "still in the womb of time". That even the unborn Americans had a right to the land and it shouldn't be chopped down and paved over before they have a chance to see it for themselves. Awesome line. Prophetic and strong and we all are benefiting from it. Love that TR. Listen to the full podcast here