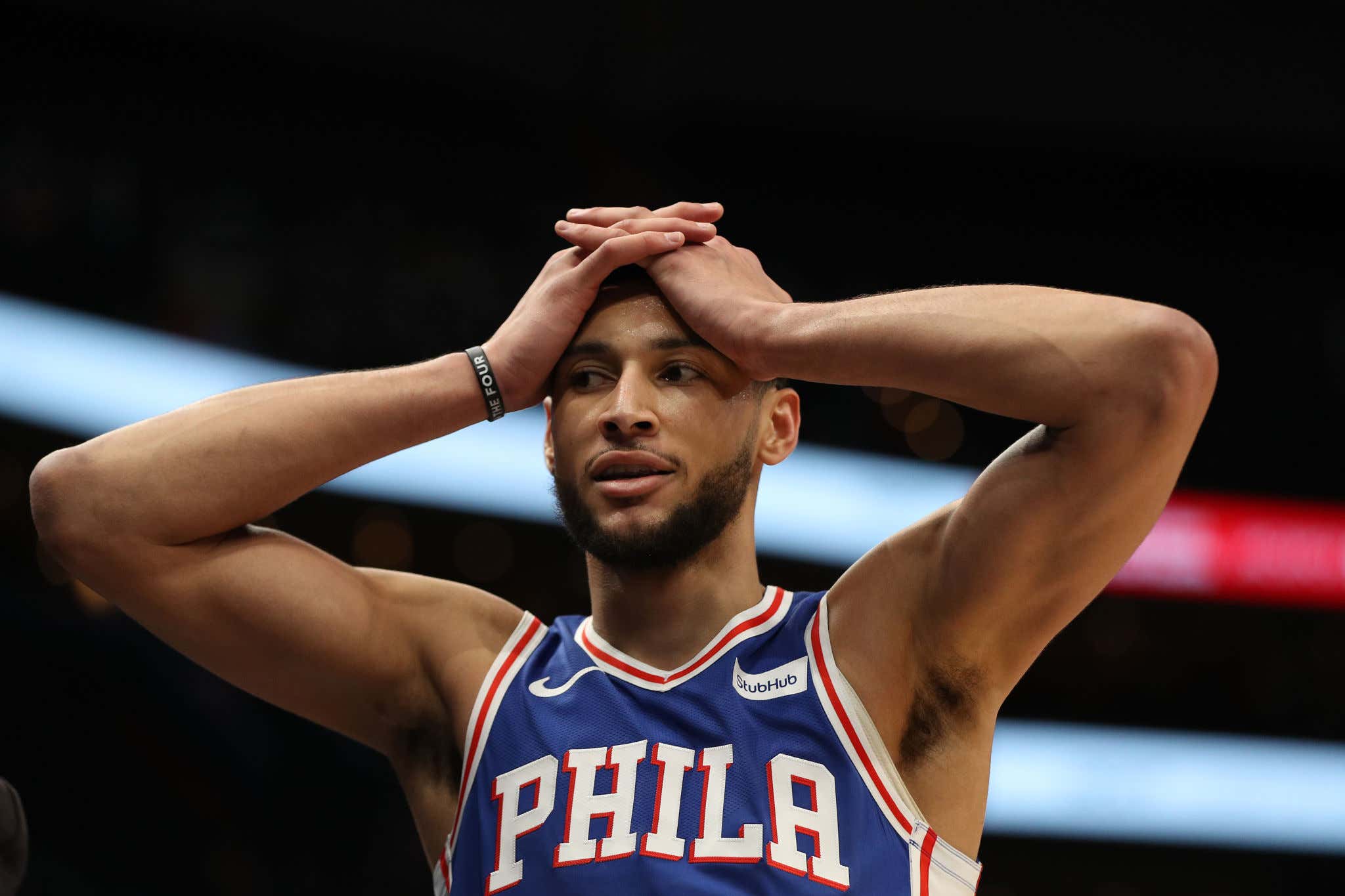 I can't imagine anybody since the invention of the seven-day week has had a bigger, lingering case of the Sunday Scaries than what Ben Simmons must be dealing with right now.

Imagine going weeks of shitting on your employers, shitting on your teammates, shitting on your fanbase, shitting on everything and everyone only to have to show back up there again. Take all the drunk texts you've ever sent, multiply them together, add a few risky texts that were accidentally sent to someone they weren't originally intended for, sprinkle in a handful of super expensive drunk purchases and checking your bank account that following morning, and then you'll have the amount of shame that Ben Simmons is probably feeling right now. An insurmountable amount of shame. And to make it worse, he already had everything moved out of his condo in Philly and his house in New Jersey.

What a defining moment in the career of Rich Paul. He did so much talking. He tried to sabotage the shit out of the Sixers. He did everything he possibly could to get Ben out of Philly. And Daryl Morey just put that little weasel in his back pocket like it was nothing. Supposedly "one of the most powerful men in the NBA" and now he's reduced to triple texting Daryl Morey "is everything ok?".

Part of me hopes that Philly fans are able to roast the shit out of Ben Simmons today but then give him a clean slate whenever he returns. Part of me hopes maybe it can actually still work out with Ben on this team. At the very least, it works out long enough for Ben to get his trade value back up. But the other part of me just wants the carnage. Unless the very first thing Ben Simmons does in his return to Philly is splash a 3 from the logo. In which case, all is forgotten.