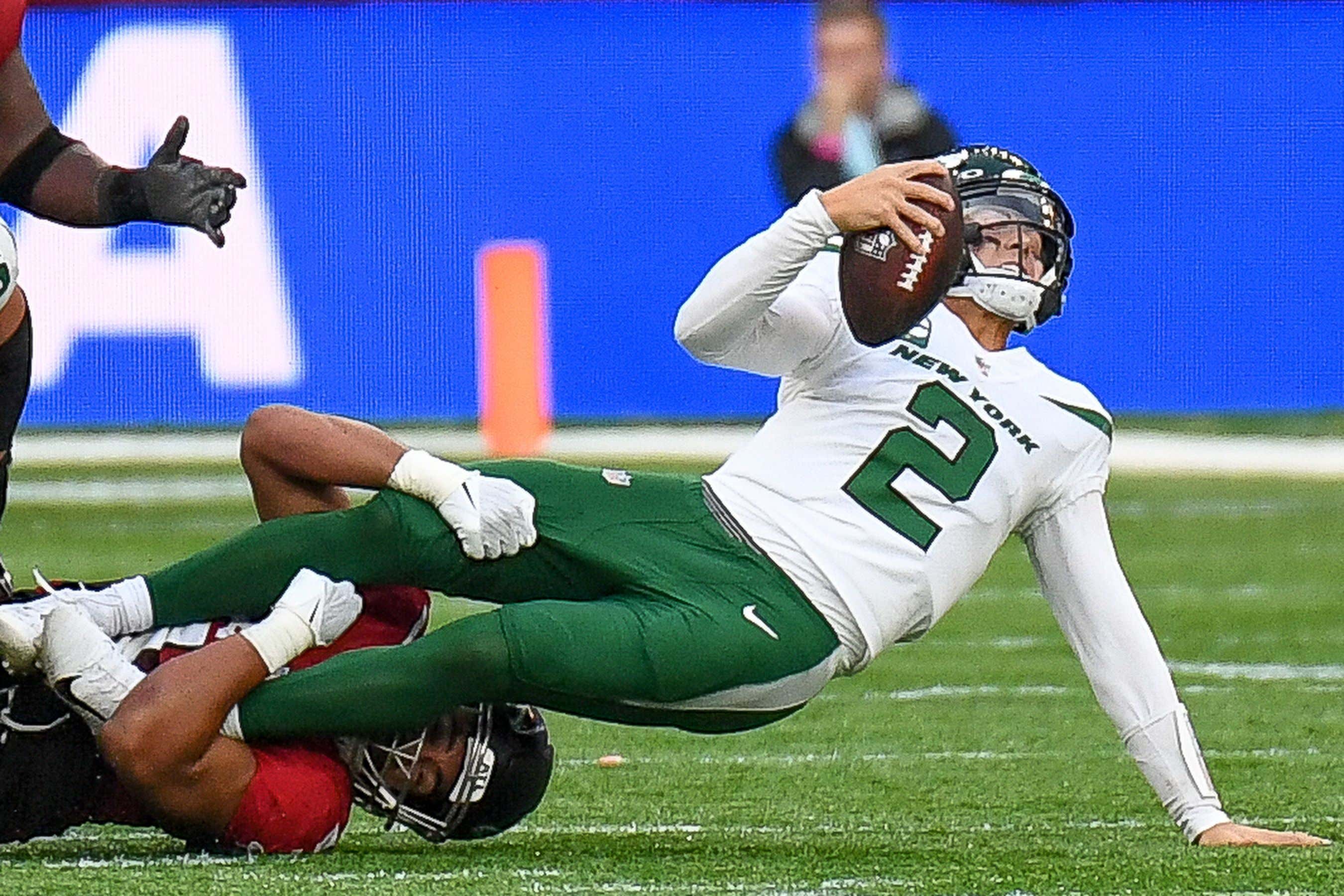 The Jets took 2 steps forward last week, and now this week, one step back. As I predicted Zach Wilson would throw half as many interceptions as last week (Interceptions in the metric system are half of those in America). The Jets had their usual Jet lag, they haven't scored in the first quarter all year, and the defense played their hearts out.

It wasn't the worst pick he has ever thrown but it sure wasn't the best. The defense played amazing per usual but couldn't keep it together when the offense could not stay on the field. Yes, Matt Ryan had some great stats but this was once again due to the time of possession. The Falcons had the ball for 35ish minutes while the Jets had it for 24ish I feel like the true test of a defense is the amount of points they give up per minute of offensive possession. Also, they forced so many fumbles, the Jets defense is an amazing impact velocity team.

This one was an absolute car crash of a hit. The Jets defense won the turnover war, and that's with "Mr. INT" on their own team.

The secondary was exposed several times by Matt Ryan but that is expected when you are on the field for so long. It was a combination of tight-end mismatches that really just confused everyone. With the combination of Pitts, Hurst, and blocking tight ends no one would expect going out for passes, the Falcons worked some magic.

This screen was kind of inexcusable. Cordarelle Patterson does screens like Marshawn Lynch runs the  power-I.

I love the Jets' defense, they had their first bad game all year. They still play a winnable game, this was the most points they have let up all season!!!! 27!

Now let's look at Zach Wilson's rookie mistakes that he needs to clean up. I am starting to think if Josh McCown was the starter we would be 5-0 but we are looking toward the future with Zach and he has shown he has an upside (but the growing pains are tough).

Fuckin slide bro, don't take this hit, your face is way too pretty for that shit.

When drives end due to stupid mistakes like this the frustration levels really boil over.

Zach, you make your money when your off-platform rolling out throwing bombs, don't step up into a sack. fucking roll out and dance. Throw bombs like last week.

Also what the hell is this play?

It is frustrating because this was a very winnable game. I feel like every game if the Jets just extend one or two drives it is a huge difference in time of possession allowing their defense to play better, but also give Wilson some confidence.

It's the plays like these that give me hope.

I hope there's going to be some miraculous improvement when Mims comes back.