There are no words I can compile to describe what happened Saturday in Dallas at the Red River Showdown. The words absolutely exist, I just don’t know them. As an OU fan, it was incredible. For Texas fans, it was still incredible, if you left at half time. Texas’ Twitter still hasn’t tweeted since they tied it at 48, maybe they are making a Candice Swanepoel Hells Bells Video?

The best part of this day, besides winning, is breakfast. My dad has always gone to the fair at 8 am for a *Fletchers corn dog and beer. Considering corn dogs are a job for a girl, I will be continuing that legacy instead of my brother.

Similar to breakfast and Caleb Williams, the outfits never disappoint. It was great to see Big Tennessee outside the office. I just wish someone would have told me he was coming. 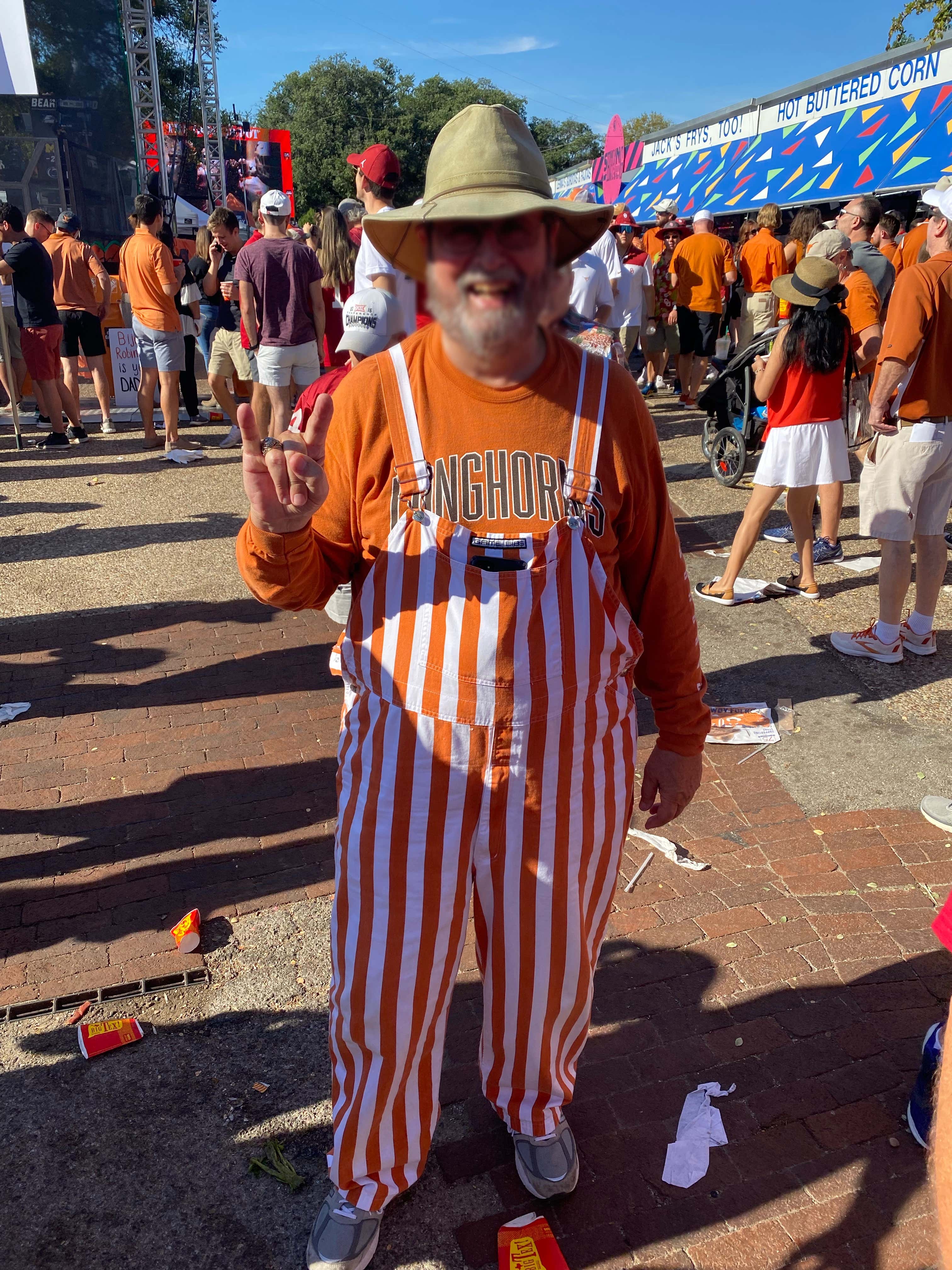 Initially, I took this guy's photo for the dedication to the vest in 96-degree weather, and then after further review, I noticed the heater on his left wrist. Nothing, and I mean nothing, says my daddy is in oil like a Rolex on a college kid. 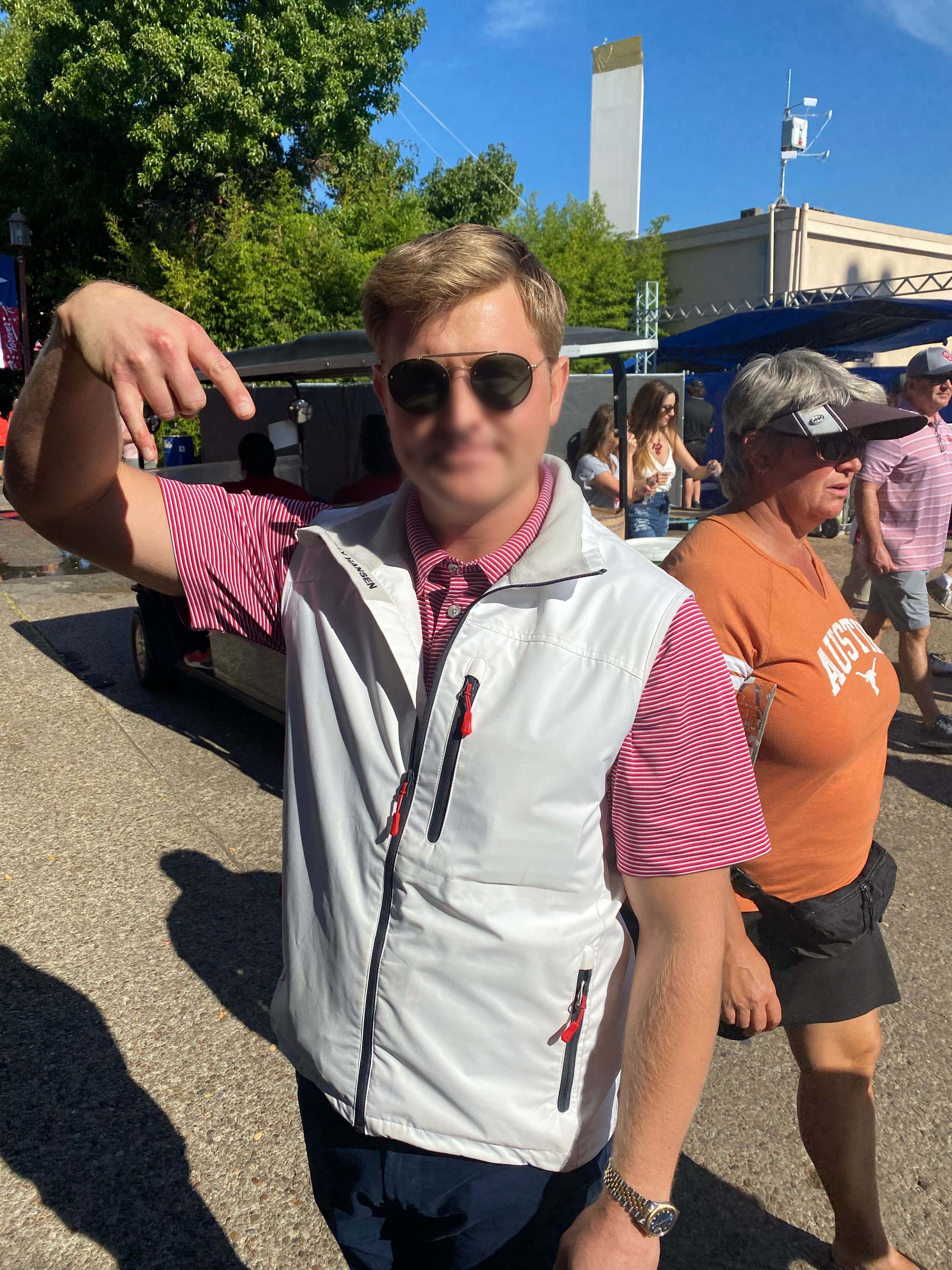 Alright Alright Alright. Matthew couldn't make into the game but his sister did. She brought her boyfriend who I assume she named something hyper masculine. Something like Spike, Butch, Krull the warrior king. 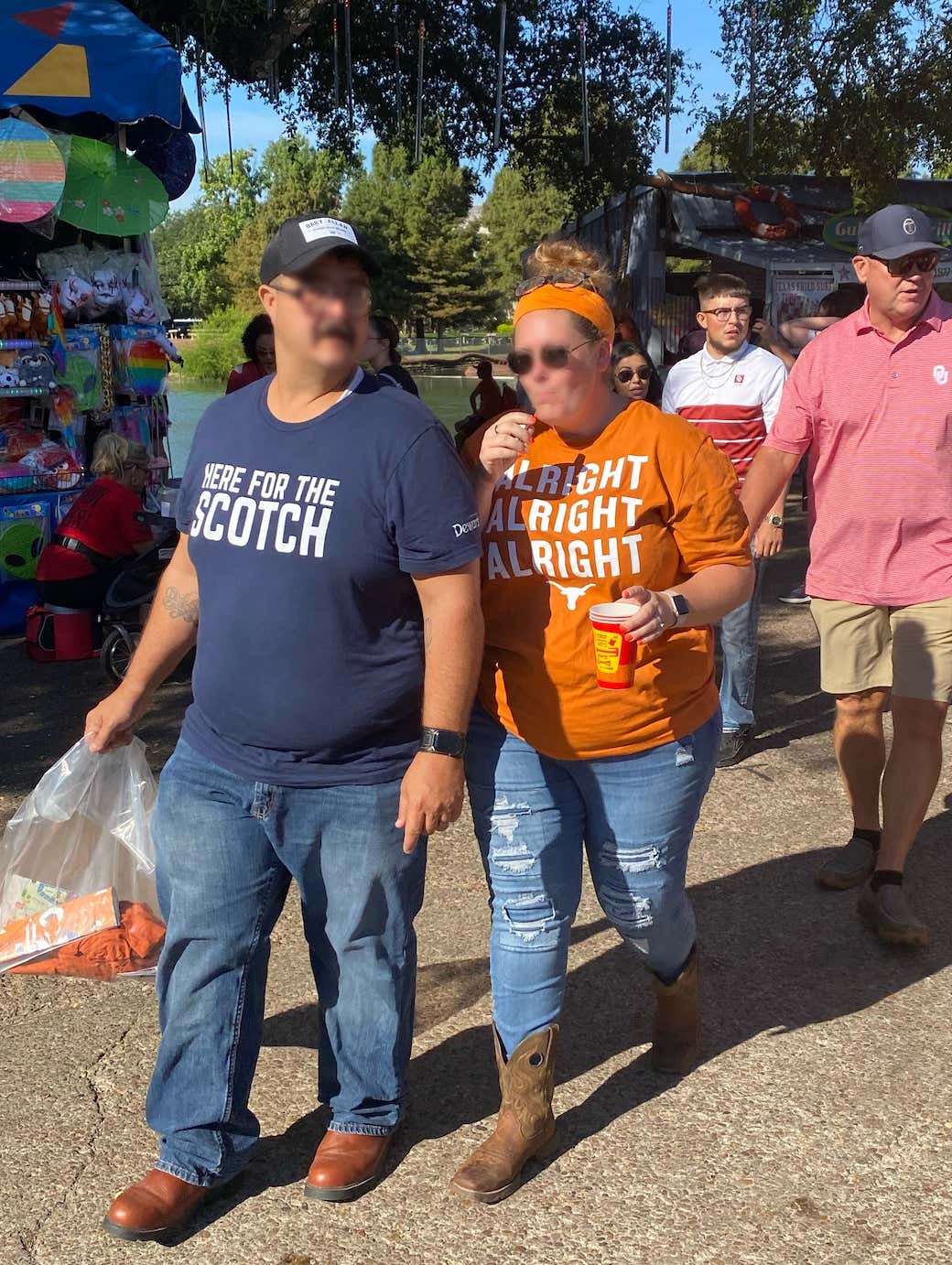 If there's one thing I know about Michigan men (and the list of things I know about those Eskimos ends after one), it's that these two started crying at some point today. The only question is if the tears came from getting heckled by the 129,998 people not wearing blue or from getting berated by carnies because they wouldn't leave the stand after going 0-20 throwing darts at balloons on the wall for teddy bears.

"We think we hit all of the balloons." - them

"You didn't hit any balloons; please move aside for so the four-year-old can throw." - carnies

"Well, we think we hit the balloons." - them 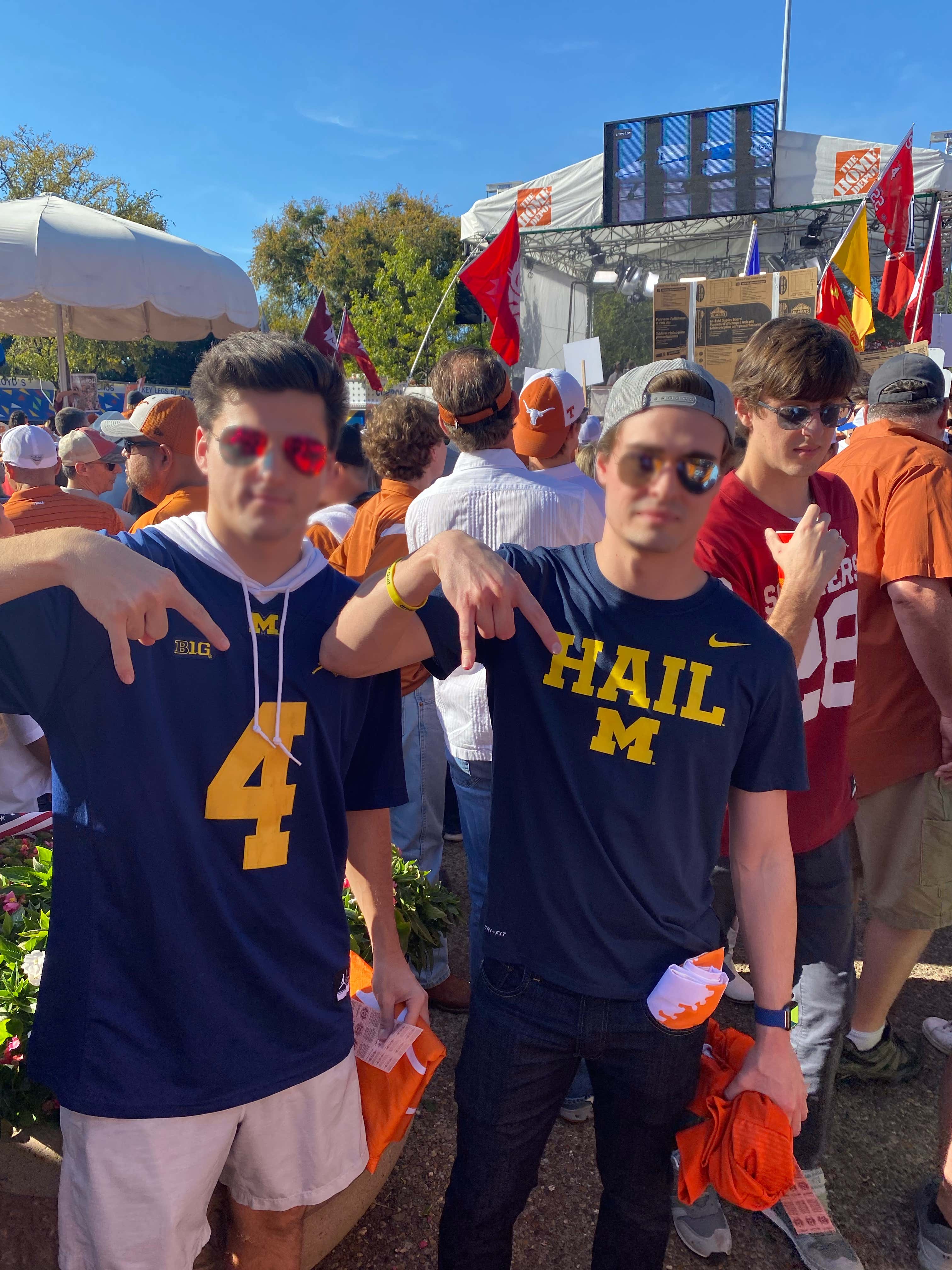 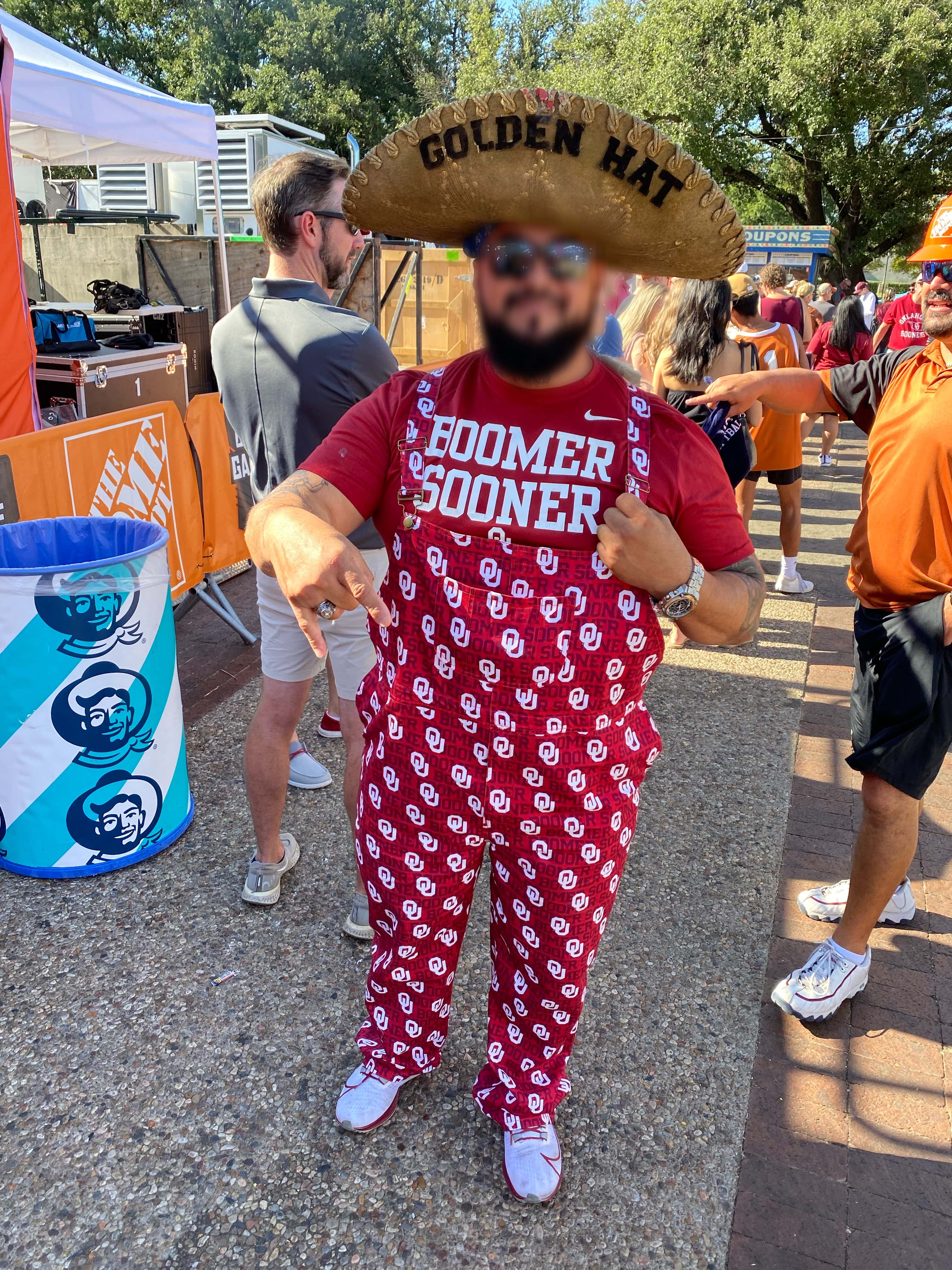 I hope everyone has a wonderful week.